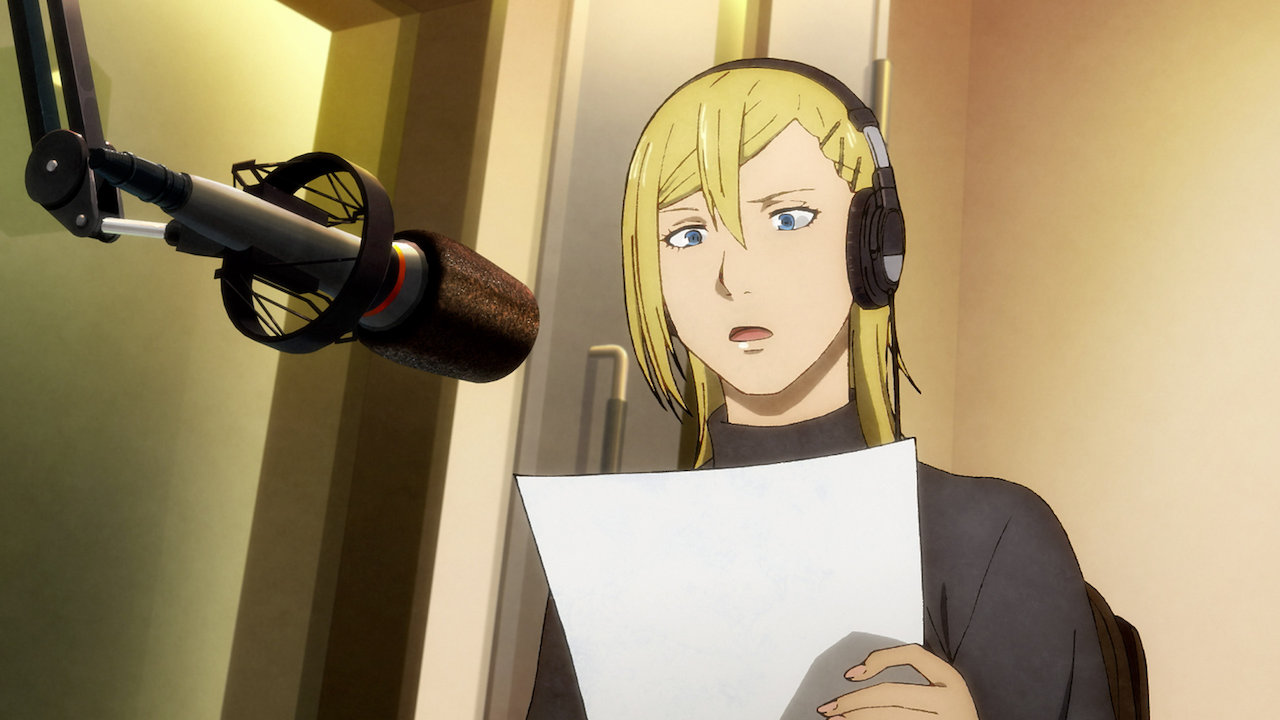 One of the many excellent shows up for an Anime Award this year is Wave, Listen to Me!. The adaptation of Blade of the Immortal author Hiroaki Samura’s manga just wouldn’t be the same without the amazing work of lead voice cast member Riho Sugiyama in the role of Minare Koda, so it’s only right that she was nominated in the Best VA Performance (JP) category.

Riho Sugiyama is just as delighted as the anime’s fans, so she shared a message to thank everyone for the nomination. Here’s what she had to say:

Hi everyone. It’s nice to meet you and thank you for all your support. My name is Riho Sugiyama. You’ll never know how much I appreciate being nominated for Best VA Performance for the 2021 Anime Awards.

Most of you probably know me from the show “Wave, Listen to Me!”.

“Wave, Listen to Me!” is a story about radio, and the show itself provides radio-like entertainment. Minare Koda, the protagonist, is a talkative character that you will enjoy listening to this anime for sure.

I had a lot of lines in this show, and in the first episode, my lines went on for 28 minutes. The audio producer even mentioned that he’d never seen the amount of lines Minare had in his career.

After reading the original manga by Hiroaki Samura sensei, I realized I wouldn’t be able to act who Minare was by simply following the scripts.

So, I decided to prepare myself for the role like I was preparing for a role in a live play. I tried to copy Minare as much as possible, and also visited some of the places she went in the story.

Before recording, I diligently read the scripts until Minare’s words naturally came out of my mouth.

Then, I was really able to feel the momentum at the recording, and I believe that added the extra charm to Minare’s talking in the show.

It’s funny, but I’ve forgotten how I acted in a lot of the scenes. Therefore, when I watched the finished anime, I watched it like it was my first time thinking “oh, that’s how I acted…”

I’m very happy that “Wave, Listen to Me!” and Minare’s character is popular overseas despite it being translated.

I’m nominated for the award this year because of the fans like you who loved the show and each character. I cannot express my gratitude enough.

I will continue working hard and try my best to become a voice actor who really understands my characters. Thank you for your continued support.

If you also think Riho Sugiyama delivered a knockout VA performance in 2020, you can vote daily until January 22. Cast your votes and let your voice be heard ahead of the Anime Awards below!