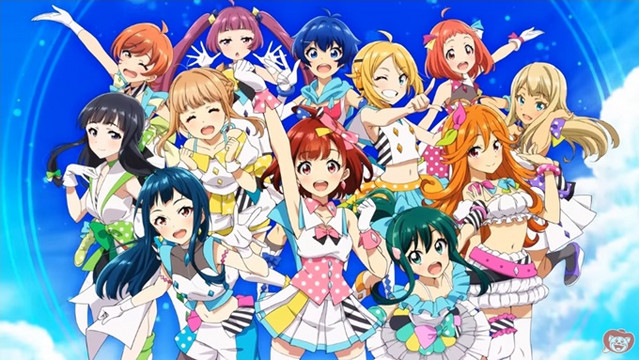 To promote the upcoming theatrical release in Japan, the official website for Tokyo 7th Sisters -Bokura wa Aozora ni Naru- (We will be the blue sky), the all-new anime feature film inspired by Donuts’ smartphone rhythm game Tokyo 7th Sisters, has posted a clip to introduce the film’s first nine minutes. Starting with Haru Kasukabe, the clip introduces the 12 members of the 777☆SISTERS one by one.

The Toei Animation-animated 86-minute film was originally scheduled to be released in the summer of 2020 to commemorate the game’s sixth anniversary but has been postponed due to the COVID-19 pandemic. The film is now set to be released in 20 theaters in Japan on February 26, 2021.

One day, a live concert by the 12-member idol unit 777☆SISTERS at the next-generation idol theater-style studio “777 (Three Seven)” is in danger of being cancelled due to unexplained equipment trouble. Instead of the manager who is on a business trip, the crisis is saved by Kozo Hakkaku, the manager of the huge studio “HAKKAKU” that once dominated the entertainment business. The members of 777☆SISTERS learn that HAKKAKU is in crisis of being closed due to a takeover by Namekawa Concern. When they hear that the financial support will continue if they can fill the seats, they set out to save the studio that holds so many memories for them. 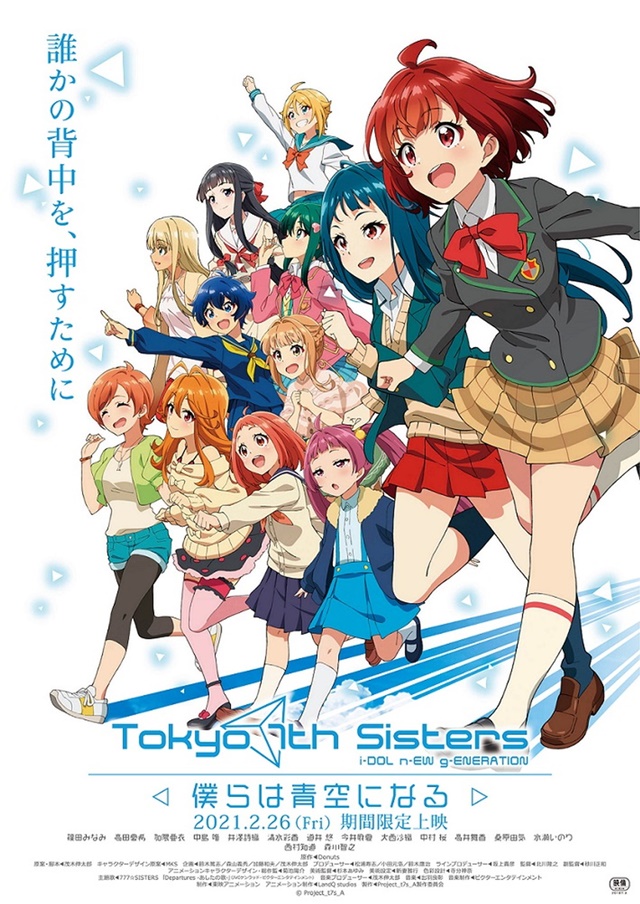