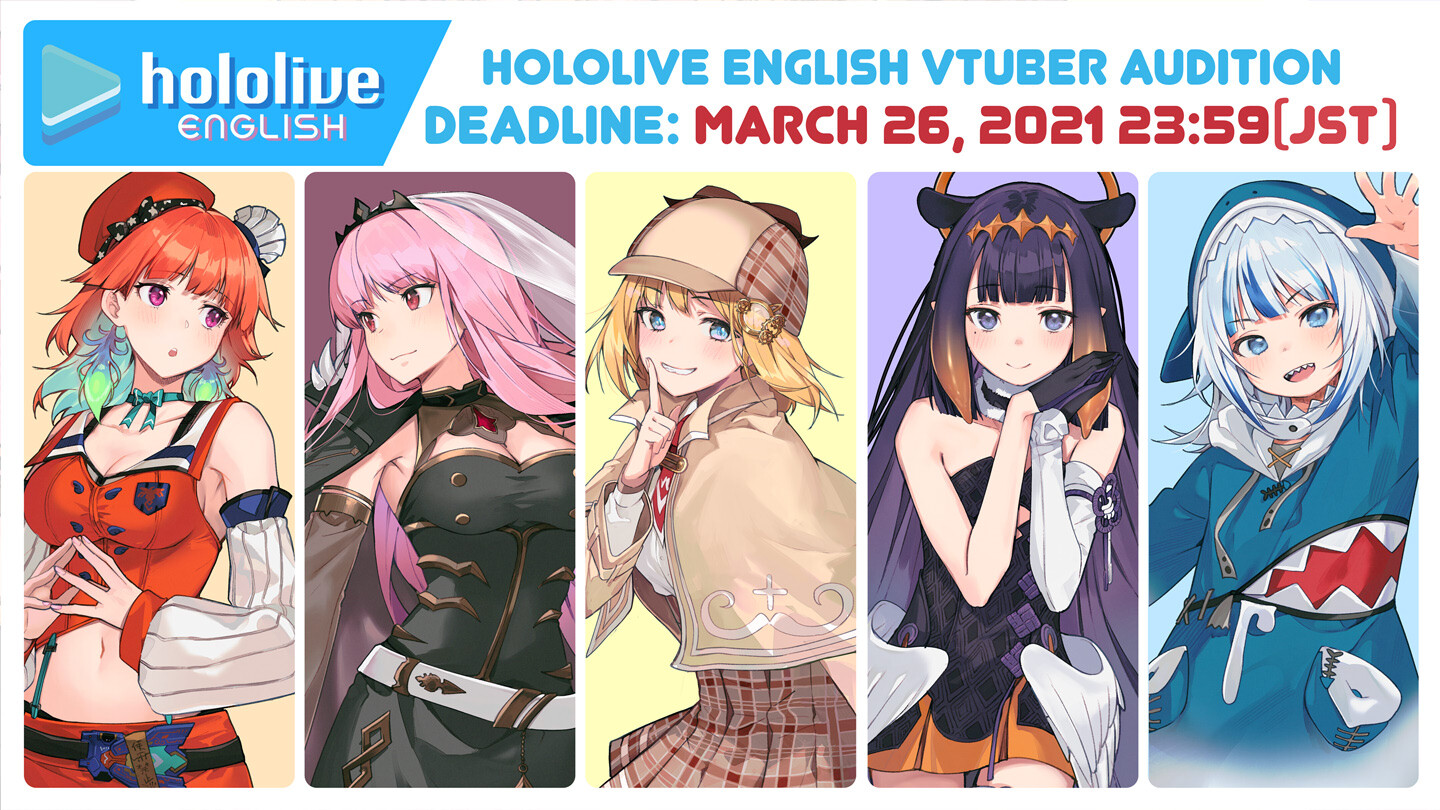 VTuber agency hololive announced today that they are opening up second-round auditions for hololive English, meaning a new generation of hololiveEN is on the horizon, and anyone can be apart of it. The first generation, which debuted just 6 months ago, created overnight sensations who have amassed, on average, more than 1 million subscribers each with that figure rising rapidly every day.

The press release, which was posted on the /r/hololive subreddit, says the only requirement is that the next generation of stars needs to be able to speak English (with Japanese speaking a plus). The gender of the applicant isn’t relevant for the audition. Hololive is looking for people that can stream at least 3 times a week for a year, with a proven track record of content creation, and must be over 18 years of age.

All auditionees have to do is fill out the audition form, upload a 5-minute video, and wait for the agency to email back!

Applications are open from now until March 26, and we’re excited to see the next-gen of hololiveEN VTubers!