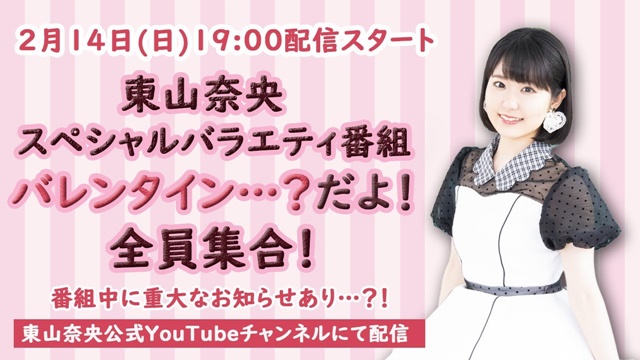 The official website for voice actress Nao Toyama (Chitoge Kirisaki in Nisekoi, Rin Shima in Laid-Back Camp) has announced that she will live-steam a special variety program for Valentine’s Day, titled “Valentine…? dayo! Zenin Shugo!” (Valentine…? It is! Gather Around!), on her official YouTube channel from 19:00 (JST) / 02:00 (PT) on February 14, 2021.

The main content of the program is “Real Nao’s Kitchen,” a popular project in which she has tried her hand at a variety of dishes.

Also, she has posted a message for the fourth anniversary of her singing debut on Twitter.

“Today is the 4th anniversary of my singing debut!

I’ve experienced so much unexpected happiness over the course of my singing career! I wonder what the future holds…

I’m going to continue moving forward in order to share more moving moments with everyone!” 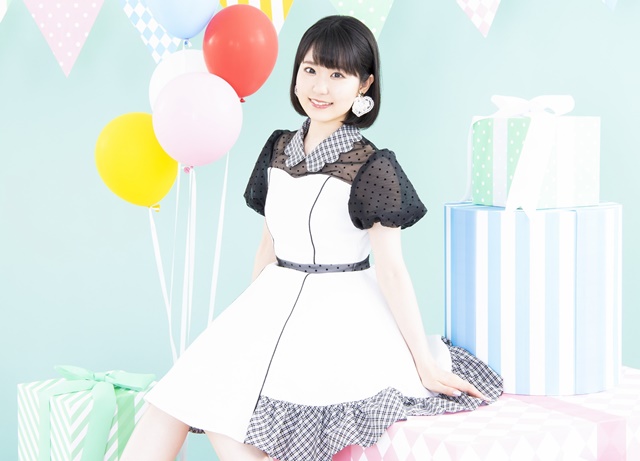