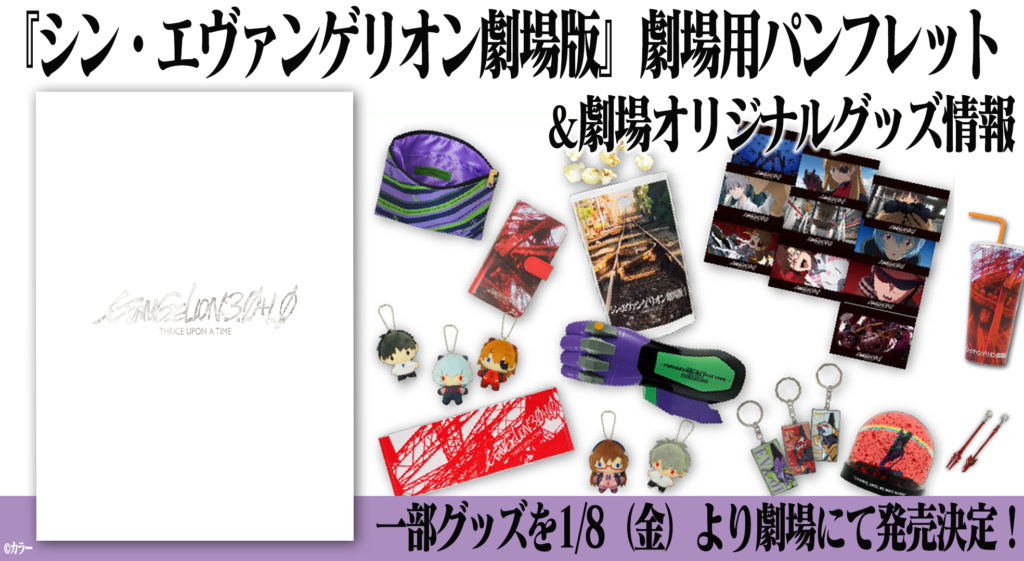 Neon Genesis Evangelion will continue to set the standard for merchandise with the forthcoming release of the fourth and final Rebuild film, as khara has announced the availability of theatrical merchandise for the film, ahead of the official premiere on January 23rd. Headlining the merchandise will be an 80-page booklet featuring cast and crew interviews that will be made available for sale in a sealed opaque bag to prevent spoilers. 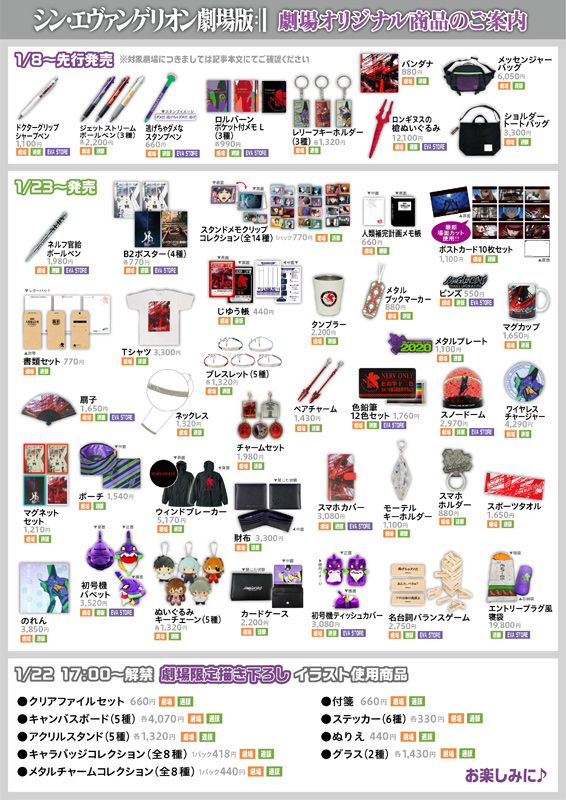 In addition, the merchandise being made available for order will also span apparel and accessories along with stationery and even a one of a kind Eva Unit-01 drink holder that will be sold in select theaters with restaurants, seen below, starting on January 8th: 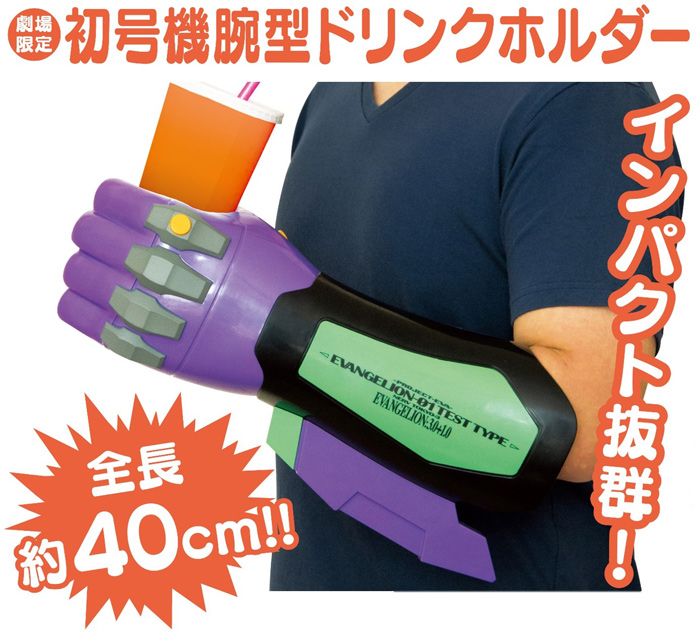