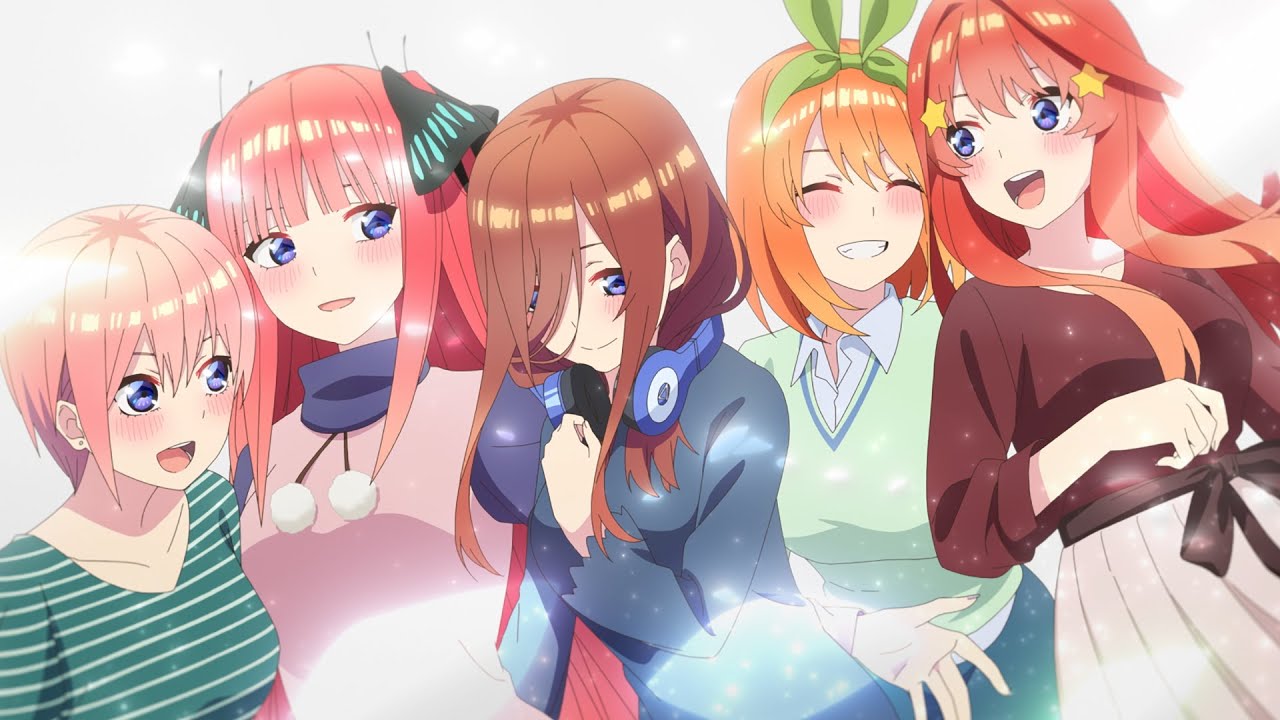 After releasing five different trailers for each quin over the last five weeks, another brand new trailer from the upcoming second season of The Quintessential Quintuplets was released today announcing that the TV anime, based on the manga series by Negi Haruba, will be premiering on January 7, 2021.

The second season, titled The Quintessential Quintuplets ∬ (yes, that’s a double integral symbol) is scheduled to premiere on TBS in Japan on January 7, 2021, at 25:28 JST (effectively 1:28 AM on January 8). The second season will be under the direction of Kaori (Yuyushiki), who is taking over from season one director Satoshi Kuwabara. The series is being produced at Bibury Animation Studio (Azur Lane: The Animation), with Keiichiro Ochi returning as the series composer from the first season.