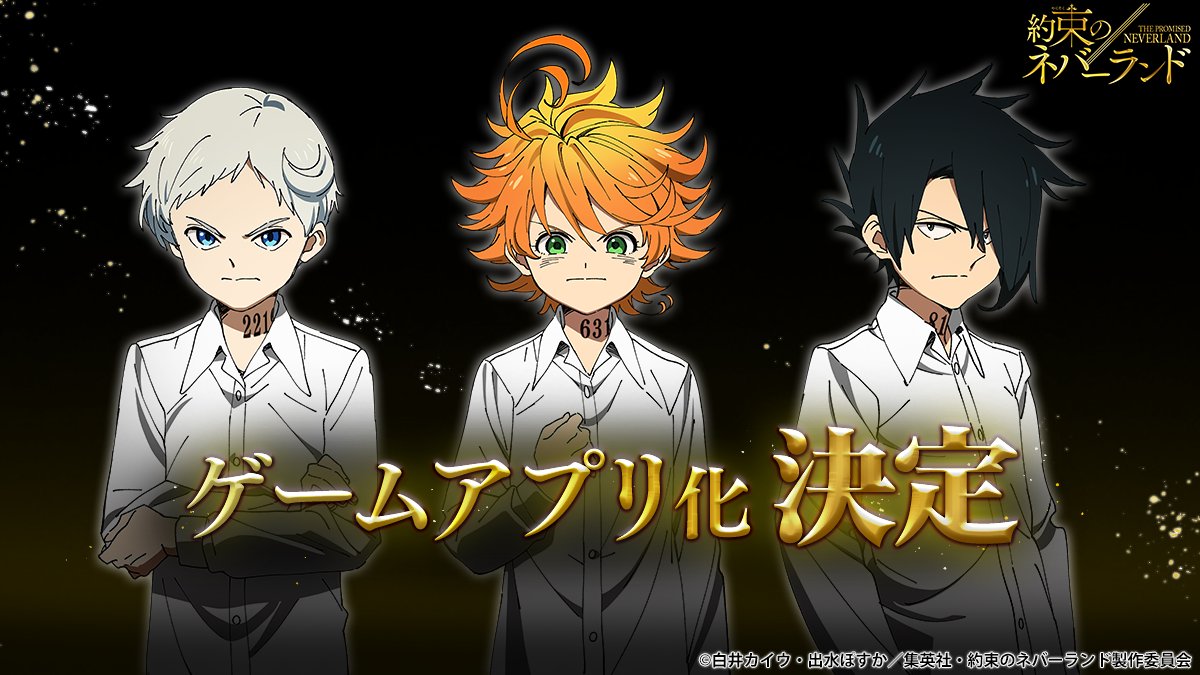 The kids of Grace Field House are coming to mobile devices. The official Twitter account of THE PROMISED NEVERLAND revealed plans for a game app, with more information to be announced at some point in the future.

This news comes right as the second season of the anime—based on the manga by Kaiu Shirai and Posuka Demizu, which ran in Weekly Shonen Jump from August 2016 to June 2020—kicks off. The first season is available on Crunchyroll, Hulu, Funimation, and HIDIVE, and Funimation is currently streaming the simulcast of season two.

Following the December premiere of the live-action Japanese film, next up for the series is a live-action English series from Amazon.