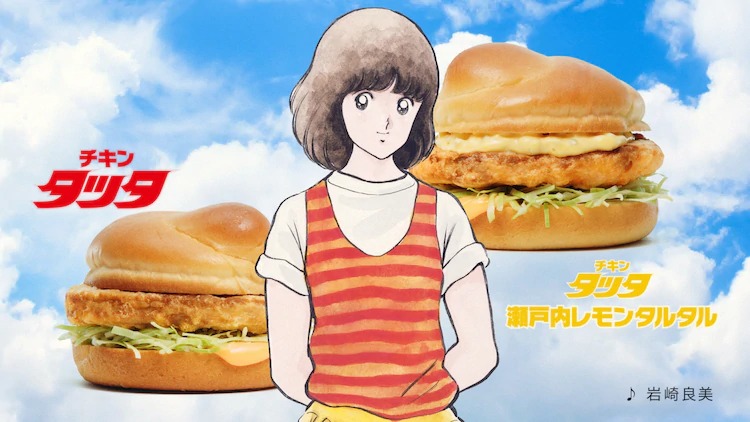 The hugely popular TV anime and manga Touch is collaborating with McDonald’s Japan to celebrate the 30th anniversary of the fast-food chain’s Chicken Tatsuta limited-time range and the company bringing back the burgers with a zesty twist. Three commercials have been produced for the collaboration with a song that won’t be able to get out of your head. 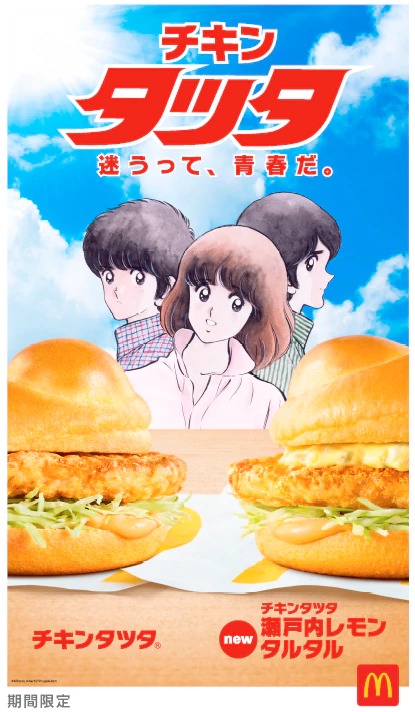 New advertisements featuring the characters from the Touch manga series, which was written and drawn by Mitsuru Adachi and ran from August 1981 to October 1986 in Weekly Shonen Sunday. The commercials also feature a parody version of the first theme song from the TV anime series “Touch”, by Yoshimi Iwasaki. Keen fans of Touch will also notice that McDonald’s Japan recreated the logo from the manga for the campaign!

15-second spots were also revealed and will air on Japanese TV during the campaign period from January 26.

I think it may be time for some lunch…