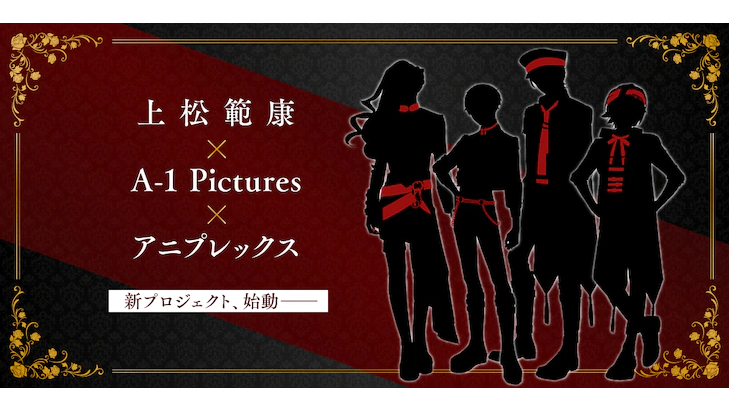 Noriyasu Agematsu has had a hand in some memorable series and media mix projects. As the series creator and music producer of Symphogear, he’s gained attenion for his music and story concepts. Fans wanting more of his work can look forward to a new mystery project, teased today.

All we know so far is that it will be a collaboration between Agematsu, A-1 Pictures, and Aniplex. A-1 Pictures is the studio behind Uta no Prince Sama, for which Agematsu also created the original concept and produced music.

The project will be officially announced on March 27, during the AnimeJapan 2021 online event. Due to appear during the presentation are Makoto Furukawa (Sherlock Holmes in Moriarty the Patriot), Hiroki Nanami (Shizuno in Somali and the Forest Spirit), Shun Horie (Kazuya Kinoshita in Rent-a-Girlfriend), Takuma Nagatsuka (Koji Koda in My Hero Academia), Shougo Yano (Mafuyu Sato in given), Toshiki Masuda (Iori Izumi in IDOLiSH7), and Shouta Aoi (himself in Pop Team Epic), as well as series staff.