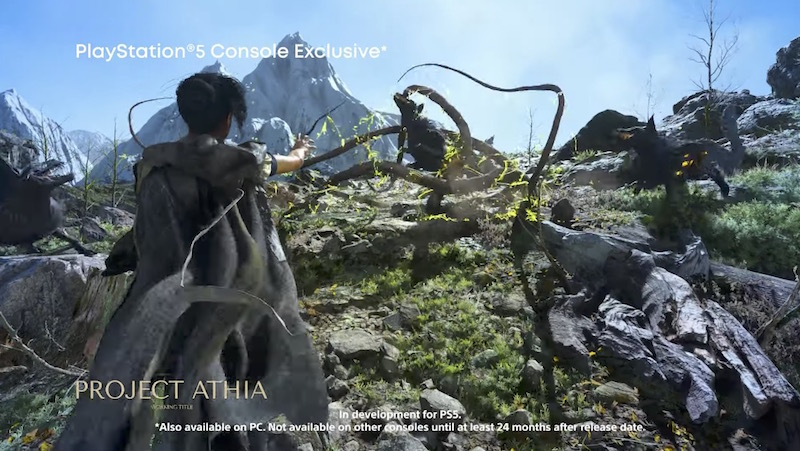 Sony unveiled a fresh demo reel for new and upcoming PlayStation 5 games, featuring everything from cross-platform games to titles exclusive on both an indefinite and timed basis. Among the bursts of footage is another quick peek at the mysterious Project Athia, the latest from Final Fantasy XV studio Luminous Productions. According to the clip, Project Athia is also coming to PC, but will be console exclusive on PS5 for “at least 24 months after release date.”

You can see Project Athia for a few seconds starting at the :33 mark below.

Two years is a pretty lengthy exclusivity window, and the wording makes it clear it could be extended. We’ll have to wait and see what the actual timing ends up being… maybe sometime after we find out what they’ll be going with for the game’s final title.