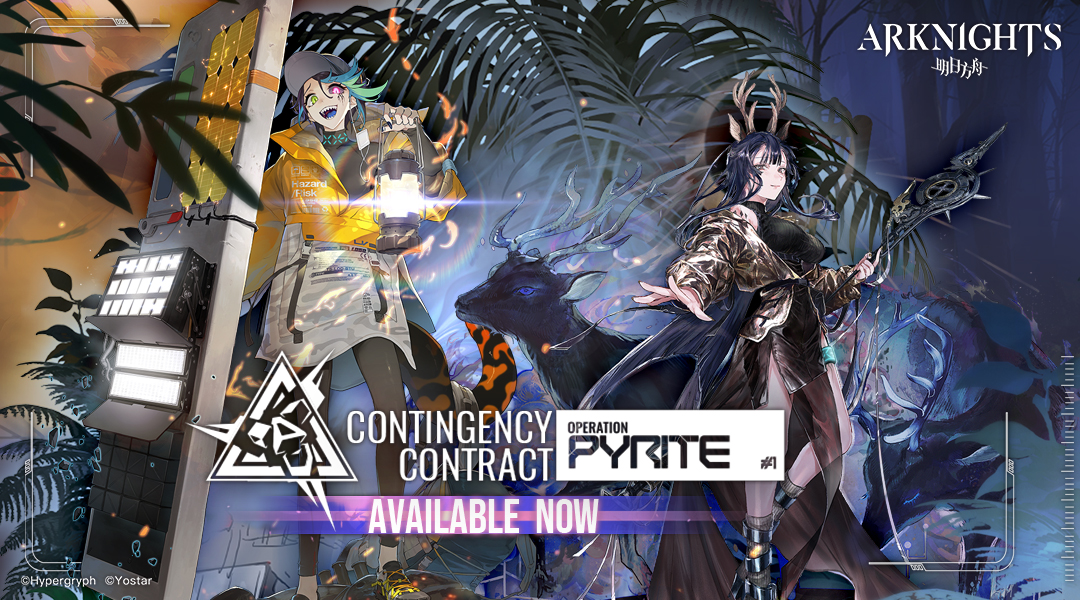 Check out the event trailer below:

The new Contingency Contract Season starts from November 11, 2020 to November 25, 2020. This season, there will be 8 different sites each with different maps and enemies. One will be a Permanent Site, while the other seven sites will be rotated on a daily basis during the event. Compared to Season #0, this season will have two brand new seasonal sites replacing 2 old ones, so those who have participated in the former Seasons will have a new experience to play through. By combining different contracts with new sites, even advanced players can expect to encounter their biggest challenge to date. And to help players better prepare for the challenge, all stages in Supplies and Chips will be open during the event period.

The Cross-Season “Secret Sanctuary” will be open during the event, where players can redeem rewards by using “Contract Bounty” rewards collected during the season. The special new rewards for this season include a new outfit for Manticore, a rerun outfit for Perfumer and Barrenland. Additionally, the Pyrite Pennant Furniture Set and the Royal Vanguard Tokens will also be available. Besides all of the new arrivals, players can also redeem Elite Materials, LMD, Furniture Part, Battle Record, Chips and other items for further rewards.

One of the most exciting aspects for players is the introduction of new Operators. Two new Operators will join Arknights during this event. They are Asbestos and Tsukinogi. Asbestos is a five-star Defender that specializes in both dealing and mitigating Arts damage. While Tsukinogi is a five-star Supporter who can reduce damage taken by allies, and has the power to remove enemy’s stealth, which is a rare ability in Arknights. Both operators will be rate-up in the Limited-time Headhunting “Misty Wild”.

Founded in 2014 and publisher of Azur Lane, Yostar Games specializes in game development, global distribution, investment, and video game IP management. Situated in Tokyo and Shanghai, Yostar Games has rapidly become the top publisher and developer of the anime genre in China and is striving to become a global leader in the gaming industry.