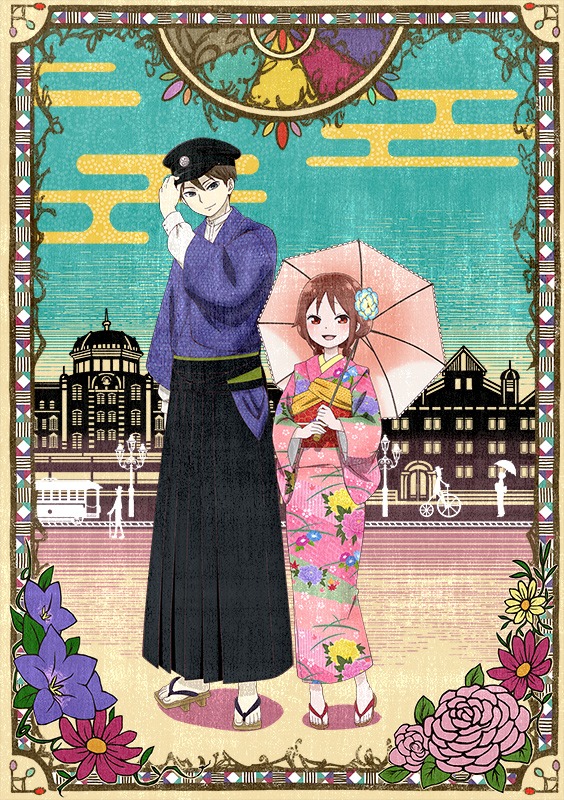 Set in 1921, the Taisho period of Japanese history Taisho Maiden Fairytale follows Tamahiko Shima as he gets hidden away by his father after a freak accident that causes Tamahiko’s right arm to become disabled. Now living in the Japanese country-side, Tamahiko discovers that his father purchased a bride to look after him, the elegant, beautiful, and very young Yuzuki Tachibana, who brings light back to Tamahiko’s dark life.

Directing the anime series is Jun Hatori at SynergySP, with Hiroko Fukuda writing the series and Mayumi Watanabe designing the characters based on the original manga series. Yusuke Kobayashi will be voicing Tamahiko Shima, with Saya Aizawa voicing Yuzuki Tachibana.

Taisho Maiden Fairytale ran in Jump SQ. from July 2015 to September 2017, with its sequel series, Showa Maiden Fairytale was serialized on the Shonen Jump+ app from August 2018 to July 2020.