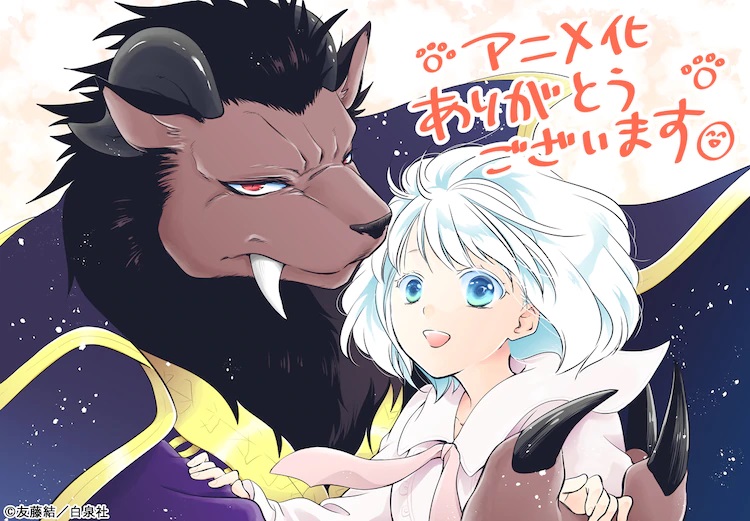 Some quick news for fans of fantasy romance with a “beauty and the beast” style twist: Sacrificial Princess and the King of Beasts (known in Japan as Niehime to Kemono no Ō), a shojo manga by Yu Tomofuji about a young woman who is offered up as a sacrifice to a monstrous king only to discover that appearances can be deceiving, is being adapted into a TV anime.

So far, no further details about the production (such as the cast, the staff, and the release date) have yet been revealed, although an illustration celebrating the announcement (above) with artwork by Yu Tomofuji has been published. An official Twitter feed for the anime series (@niehime_anime) has also been created. 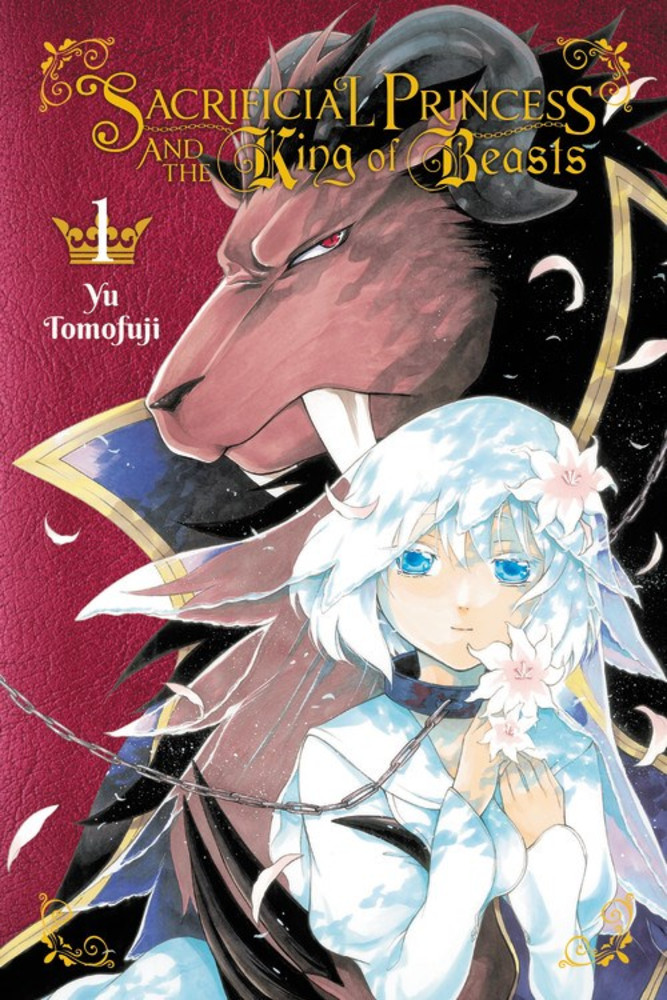 The original Sacrificial Princess and the King of Beasts manga was serialized from November 2015 – December 2020 in Hakusensha’s Hana to Yume shojo manga magazine, and an English language adaptation is also available from Yen Press, who describe the story of the series as follows:

A young girl has resigned herself to being he next sacrificial meal for the Beast King…but the king is no mere monster! Love is more than skin-deep in this gorgeous fantasy manga.