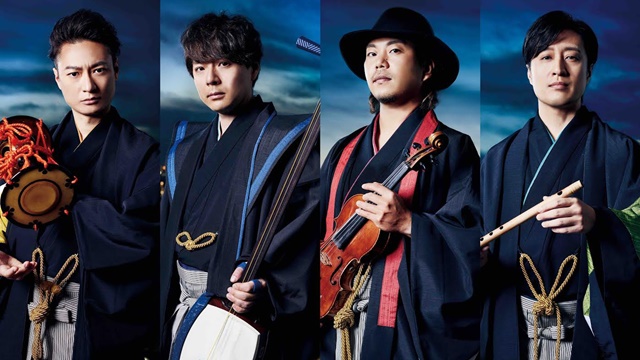 The unit consisting of Ryoma (violin), Midori (shinobue flute), Masakatsu (Tsugaru shamisen), and Jin (taiko drum) was formed in 2008 and made their major debut from Pony Canyon with their first album “NEO ZIPANG” in July 2016.

The four members came together with the belief that they wanted to connect people through the power of music, to convey the sound of traditional Japanese instruments, and to transmit innovative values to the world as Japanese. They express a new type of oriental sound that is based on classical music, which incorporates modern music such as EDM and pop music. They say, “We want more people to hear the traditional instruments we love, and we also want to share them with the world.” 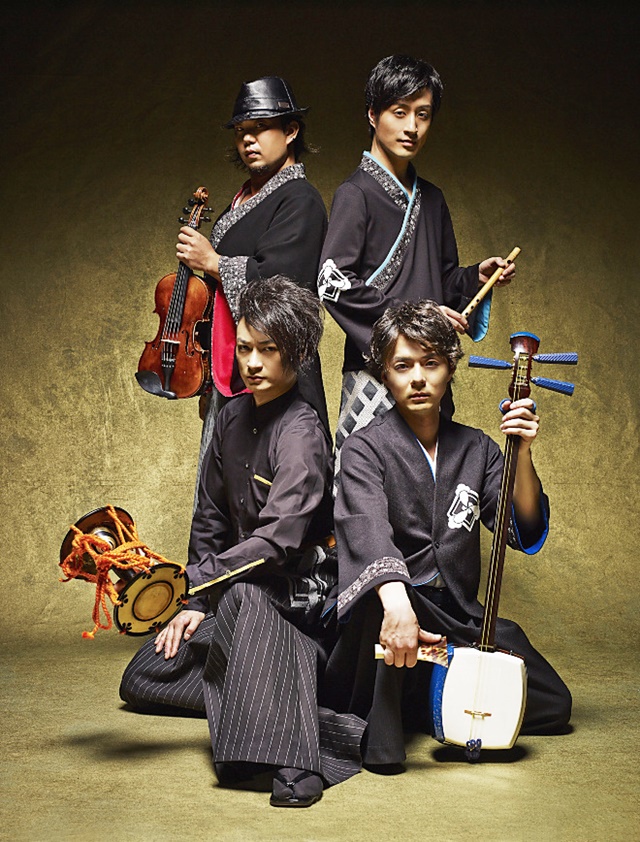