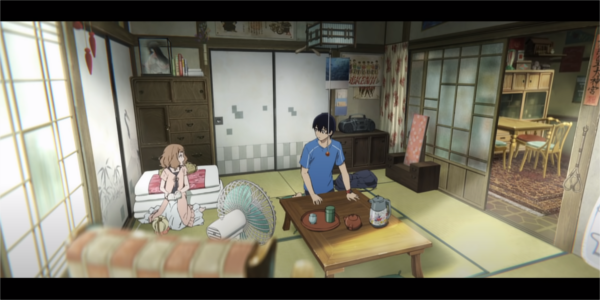 All images via KADOKAWA Anime

The middle of the road can be a very enjoyable place. Studio Bones proves as much with their latest animated feature, Josee, the Tiger and the Fish.

This is actually the third adaption of the short story by Seiko Tanabe, after the 2003 live-action Japanese movie of the same name and the 2020 South Korean drama Josée. Although the anime version of the love story between Tsuneo and Kumiko does differ somewhat from the original story and its subsequent takes, it never really gives us anything we haven’t seen before.

Tsuneo and Kumiko’s — who likes to go by “Josee” — first meeting is a scene we’ve seen in romance stories time and again. One night during an outing with her grandma, Kumiko loses control of her wheelchair and is thrown straight into the arms of a surprised Tsuneo. Grandma invites Tsuneo for dinner and asks him to be Kumiko’s carer during the day, even though Kumiko seems antagonistic toward the young man. You can probably guess how things progress from there. 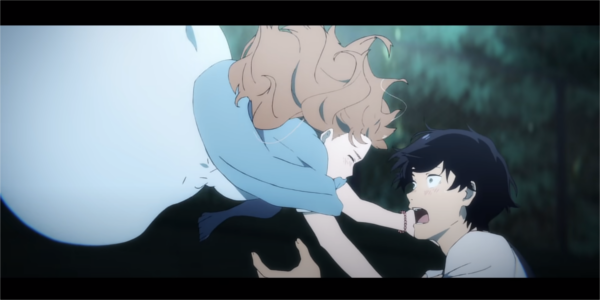 The two young people seem to not get along in the beginning, but by spending time together, they learn more about each other and their hopes and dreams, and ever so slowly, feelings of love start to develop between them. The film does throw in a few small twists along the way, like an accident in the last third of the movie that threatens to dash some of the said hopes and dreams of one of the main characters. But even that is just a jumping board toward delivering the movie’s big final message that you should never give up, no matter how bad things get, and that you should keep fighting for your dreams. At the risk of sounding cliché myself, it’s not the destination that’s important but rather the journey there.

Although the story is almost entirely expected, nearly every second of it is a delight. The plot is paced perfectly, with scenes lasting just the right amount of time and connecting to each other so seamlessly the entire movie just flies by. 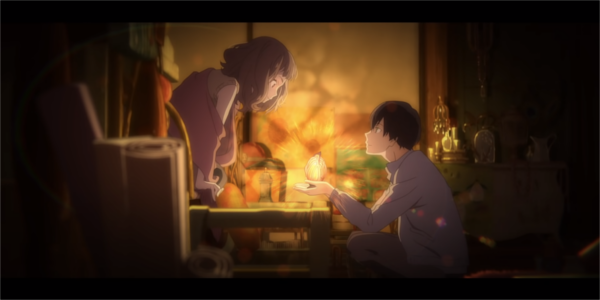 As for Kumiko, she might just be the greatest “girl angry at the world with a secret softer side to her” in all of anime. Characters like that are defined by their more subtle moments of vulnerability, and Josee has plenty of those for Kumiko — like when Tsuneo takes the usually cooped-up girl on outings to places she’s never been to before and we get to see her fascination with the world that we take for granted. The scenes of her experiencing the height of happiness by, say, watching the cityscape outside the train window are just so unbelievably sweet, voice-acted to perfection, and shot/animated masterfully. 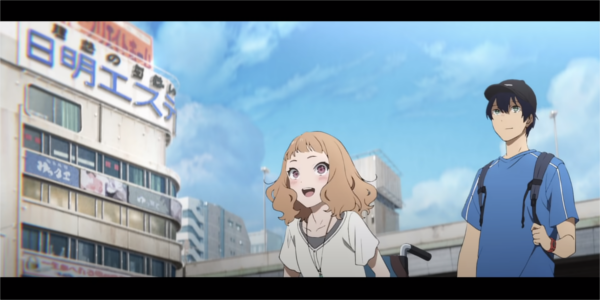 Speaking of animation, the character design and backgrounds are neither creatively exaggerated to create a world of fantasy that only animation can achieve, nor are they going for photo-realism. They’re middle of the road in terms of details. But it’s such a beautiful road full of subtle creative touches, like when the film’s characters experience joy — even in mundane settings like enjoying ice-cream — it’s like everything in the frame bursts into life. Suddenly there is movement all around them, and everything feels brighter and cheerier without being too in-your-face. It just leaves you feeling … happy. 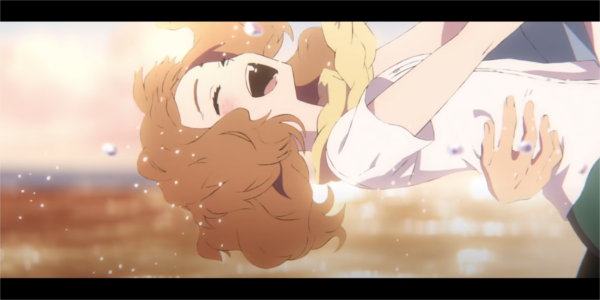 To use a sport’s analogy, Josee, the Tiger and the Fish doesn’t have a lot of slam-dunks but it probably has some of the best fundamentals you’ll ever see in anime. There are moments that are so close to being slam dunks, though. For example, there is a great scene in the movie where Kumiko/Josee dreams of being fully mobile and free in an oceanic world of fantasy that is just perfect to explore in animated form, but it doesn’t go on long enough to leave any real impact.

If there is a takeaway from Josee, the Tiger and the Fish, maybe it’s that life isn’t made up of a few big moments but thousands of little ones … or maybe that’s reading too much into an anime movie that’s just supposed to be a sweet romantic story? Maybe it doesn’t matter as long as you come out of the film with a smile and a slight spring in your step? Maybe the answer is different for everyone.

Have you read the original Josee, the Tiger and the Fish or seen any of its adaptations? What did you think of them? Are you planning on watching the anime version? Let us know in the comment section!