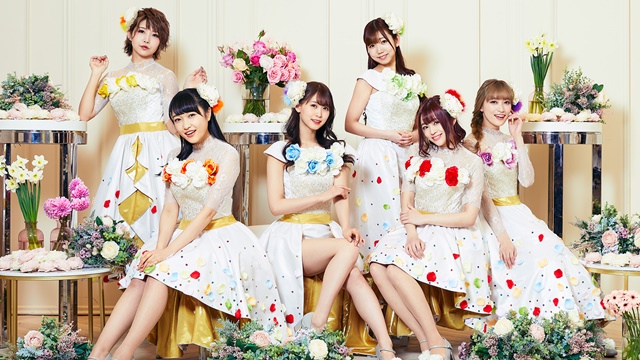 As reported, 27-year-old member Azuki Shibuya will “graduate” from the six-member voice actress idol unit i☆Ris as of March 31, 2021. Their final concert as a six-member unit is set to be held at Pacifico Yokohama in Kanagawa Prefecture on March 28, 2021.

It will be their first concert with an audience in 16 months since “i☆Ris 7th Anniversary Live – Shichifuku Manrai” held at the same venue in November 2019. The title of the upcoming concert is “i☆Ris LIVE 2021 ~storiez~,” which expresses their wish that it will be a place where they can have hope for their future story with their precious story that the six members have walked for eight years in their hearts.

The concert will be held in accordance with the guidelines announced by the Japanese government, with a limited capacity (probably half of the venue’s original capacity of 5,000). The 8,800 yen pre-sale tickets for the unit’s fan club members are available until February 17. In addition, it will be also live-streamed online, allowing their fans from all over the country to participate. Details of the live-streaming will be announced at a later date.

The unit was formed by the six winners of the 1st Anison Vocal Audition held by avex and 81 Produce in August 2012, and all the six have voiced the main characters in the idol-themed franchise PriPara – Himika Akaneya as Laala Manaka, Yu Serizawa as Mirei Minami, Miyu Kubota as Sophy Hojo, Saki Yamakita as Sion Todo, Azuki Shibuya as Dorothy West, and Yuki Wakai as Reona West.

After April 1, 2021, i☆Ris will continue its activities with five members -Akaneya, Serizawa, Kubota, Yamakita, and Wakai. Shibuya will continue her entertainment activities under her own name, including voice acting works.