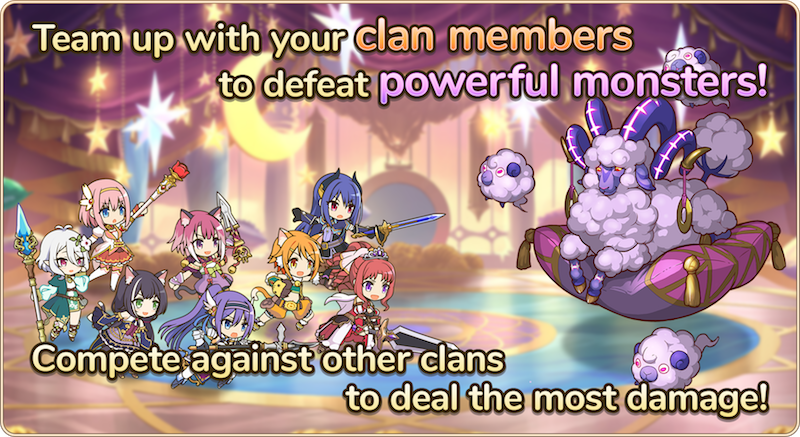 What is a Clan Battle?

Clan Battles are limited-time, periodic events where clan members can team up to defeat powerful monsters. The monsters are exceptionally strong and impossible to defeat alone, but the rewards are bountiful. 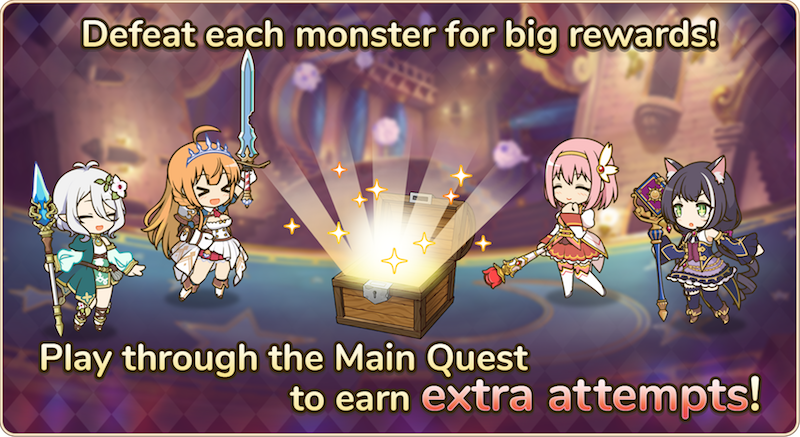 In Clan Battles, clans compete to achieve the highest total score over the entire period. Complete Main Quest stages to deplete stamina and collect 300 CP to earn a clan battle attempt. Each player can earn up to three attempts per day.

Clan Battles will have five monsters in total. When all five are defeated, the monsters will respawn more powerful than previously. Over the course of the Clan Battle, players may partake in Trial Runs to practice and plan the most effective party composition before spending a clan battle attempt to Clash with a monster.

If a player lands the final hit on a monster and has time remaining, the time will be carried over and the player may use the same party on any of the following monsters.

Clan rank will be determined by the total amount of damage each clan dealt during the period of the Clan Battle.

Below, please find the reward structure for the Clan Battle Beta. Please note that rewards may be subject to change for future Clan Battles as we continue to review what may work best for the global audience.

Note: Due to a technical issue, the Clan Grades for the bottom tiers are not displaying accurately in game. This is a known bug and we are working to resolve it.

In anticipation of the first Clan Battle and to promote a fair experience for players throughout all corners of the game, we would like to announce that we have begun taking steps to ban anyone that we have confirmed to be cheating in any way, shape, or form. As of today, we have banned 458 accounts for suspicious activity. We will continue to closely monitor the situation and look towards implementing measures to quickly root out cheaters.

If any players are caught cheating in Clan Battles, these players will be banned and their scores wiped. Due to the extra attention required to ensure that clan rankings are not spoiled by cheating, it may take us additional time before we can distribute the Clan Battle rewards. We ask for your patience and understanding in this matter.

We would also like to take this moment to personally address the community. There will always be road bumps along the way for any game. That being said, we acknowledge that as a publisher, there are areas that we must improve upon to meet the justifiable expectations of you, the players. From the various bugs, cheaters, to the lack of communication, these are all things you have constantly brought to our attention, and we would like to thank you all for your passion and dedication to improving the state of the game. We have taken notice (we see you TimaeuSS) and are taking the appropriate steps to identify and resolve these issues.

We will always have our eyes and ears open to the voices of the community, because we recognize that your feedback stems from your ardent love of the game. When the community pushes us up from behind, it is then up to us to pull you towards our common goal. We will work with you to strive for a better journey, together.

From the team here at Crunchyroll Games, thank you all for joining us on this wonderful adventure. Our story, however, has just begun.

Download Princess Connect! Re: Dive on iOS and Android today!