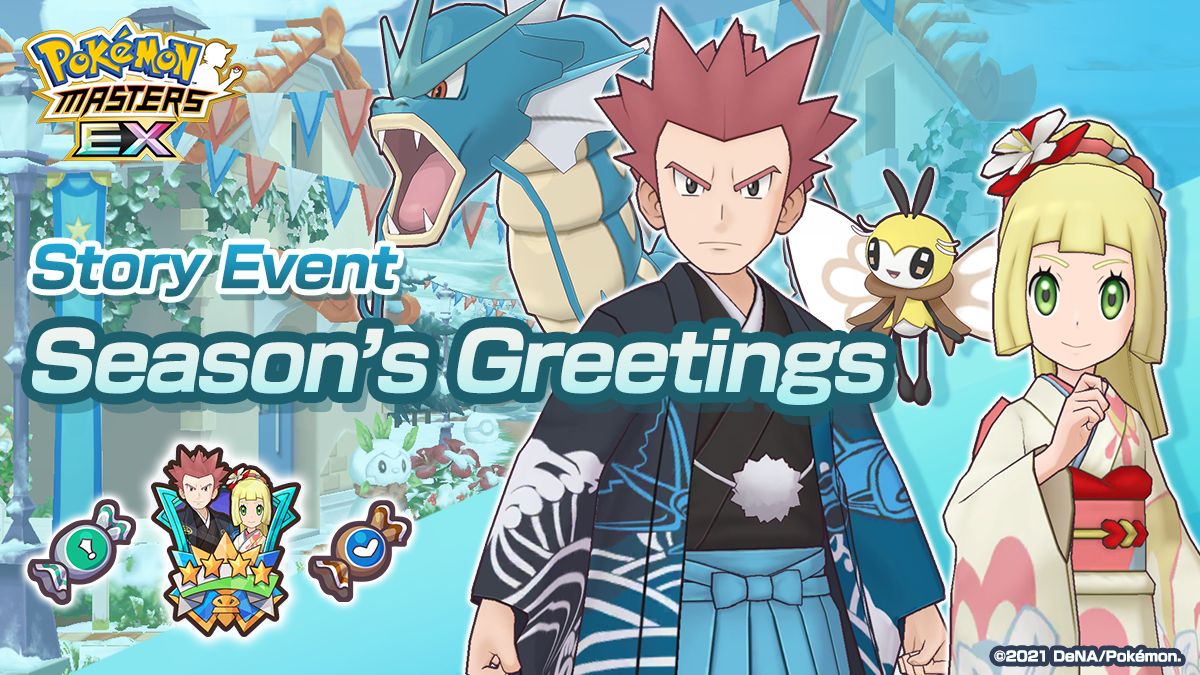 Pokemon Masters EX players are in for a treat, as the game introduces a new round of themed sync pairs to celebrate the new year! Notable new pairs include New Years-inspired versions of Lillie & Ribombee and Lance & Gyarados. Players can add these pairs to their teams via the sync pair spotlight scout, available from today until January 13, 2021.

Players can also earn up to a total of 7,200 Gems, enough to add up to 26 sync pairs by completing various login and mission challenges throughout this month. Starting now until January 13th, 2021, 1,200 Gems are available to players that complete special missions while game logins before January 31st at 9:59 p.m. Pacific Time will earn 3,000 Gems. Players that login for 10 days consecutively from now until January 31st can earn up to an additional 3,000 Gems.

The game has also been updated with the following additions: 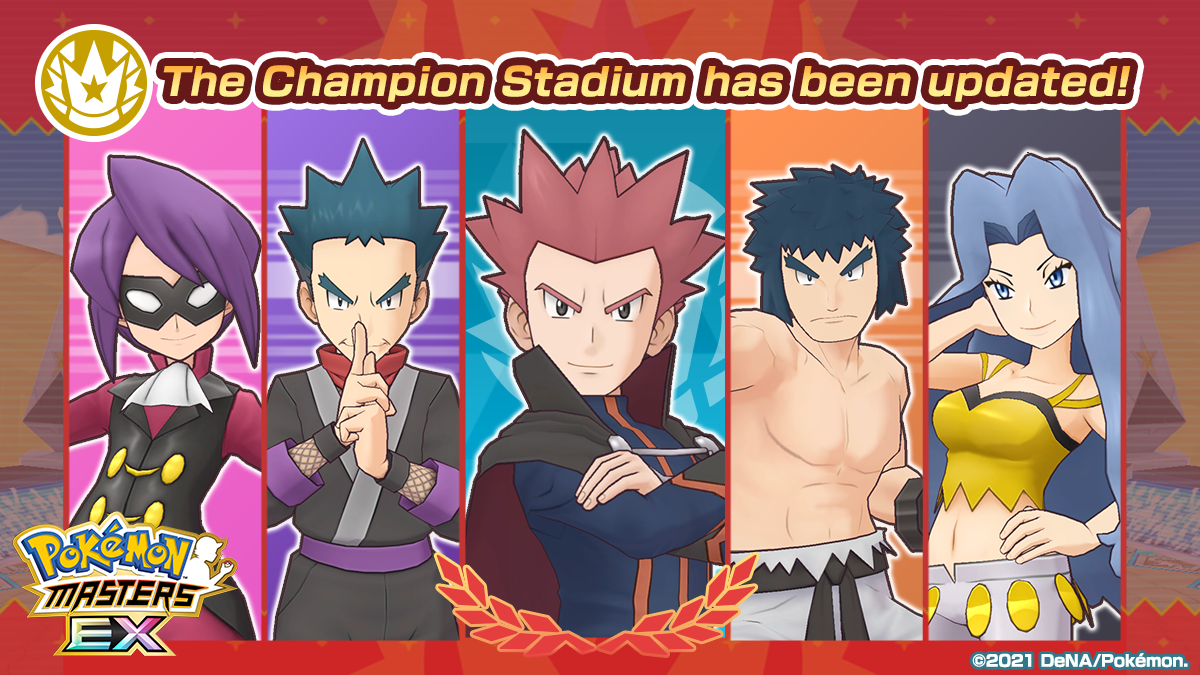 • Champion Stadium – Johto Challenge: Opponents in the Champion Stadium game mode will now be from the Johto region, allowing players to take on Will, Koga, Bruno and Karen of the Johto Elite Four, as well as the Johto Champion, Lance. The true challenge of this game mode lies in having to defeat them all in five consecutive battles with a limited number of sync pairs. Once a sync pair has participated in a battle, it cannot battle again while the challenge is underway, making it crucial for players to have an arsenal of powerful sync pairs. The Champion Stadium is available now until January 31, 2021 at 9:59 p.m. Pacific Time for players who have completed Chapter 10 of the Main Story. In the future, Elite Four members and Champions from other regions of the Pokémon world will also come to the Champion Stadium. 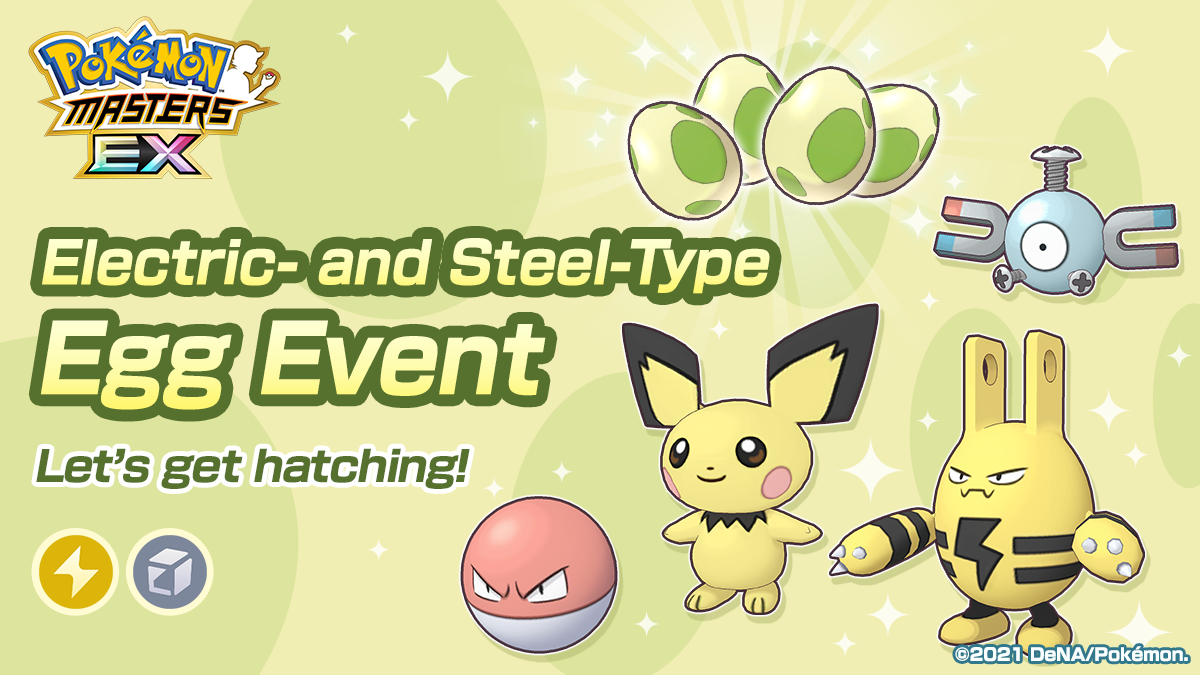 • Electric and Steel-Type Egg Event: This event lets players earn Pokémon Eggs, which can be hatched into Electric and Steel-Type Pokémon such as Pichu, Elekid, and Magnemite. All Pokémon hatched from Eggs can be paired with the game’s Main Character to battle alongside one another. This event will be available from January 6, 2021 at 11:00 p.m. Pacific Time until January 20, 2021 at 10:59 p.m. Pacific Time for players who have completed Chapter 1 of the Main Story.

Pokémon Masters EX can be downloaded for iOS and Android at the links below: