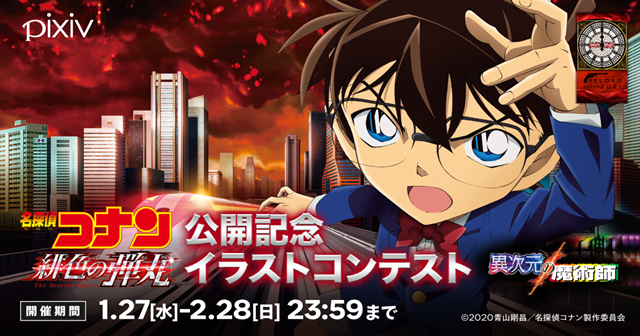 In cooperation with Shogakukan, pixiv, the largest Japanese online community for artists, has been holding an illustration contest since January 27, as part of the “Reload Project” to promote the forthcoming film Meitantei Conan: Hiiro no Dangan / Detective Conan: The Scarlet Bullet.

The press release writes, “In order to make the period leading up to the release of the film even more enjoyable, pixiv will be holding a project in which users of pixiv and pixiv Sketch will be invited to create as “Wizards of Another Dimension’ who will create wonderful works of art.”

All submitted illustrations must contain scarlet, the color that symbolizes the film. And as long as it has a “Detective Conan” theme, the content of the illustration is free. The winners will receive an colored paper autographed by the Detective Conan original manga author, Gosho Aoyama, as well as his comments on their works. The submission period is between January 27 and February 28 at 23:59 (JST). Please post your illustrations on pixiv with the tag 劇場版コナンイラコン.

At the same time,  a coloring contest has been held on pixiv Sketch. Please color one of the three official line drawings provided by Gosho Aoyama below, and post your work on pixiv Sketch with the tag 劇場版コナンぬりえ. The submission period is also between January 27 and February 28 at 23:59 (JST). All of the winners will get digital data of “A letter of thanks to Wizard of Another Dimension.” 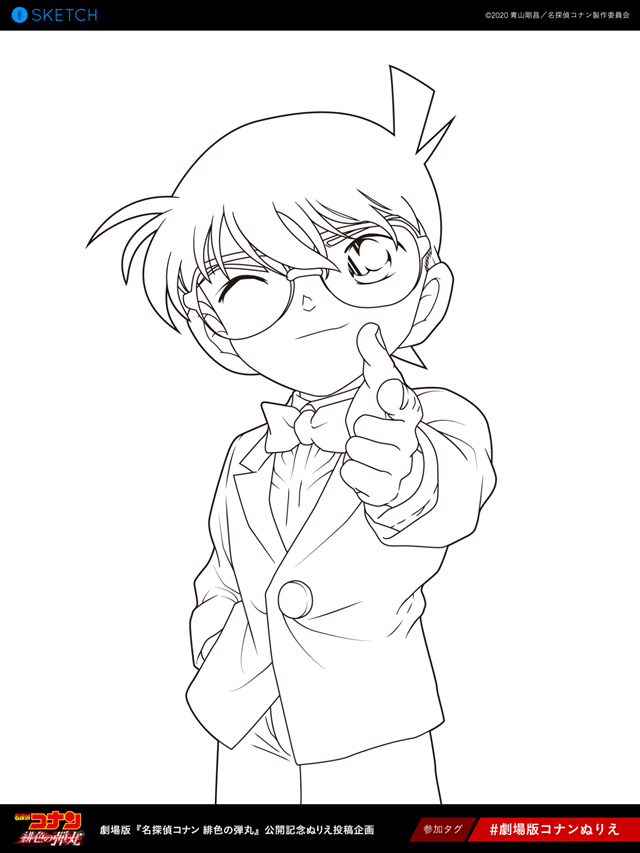 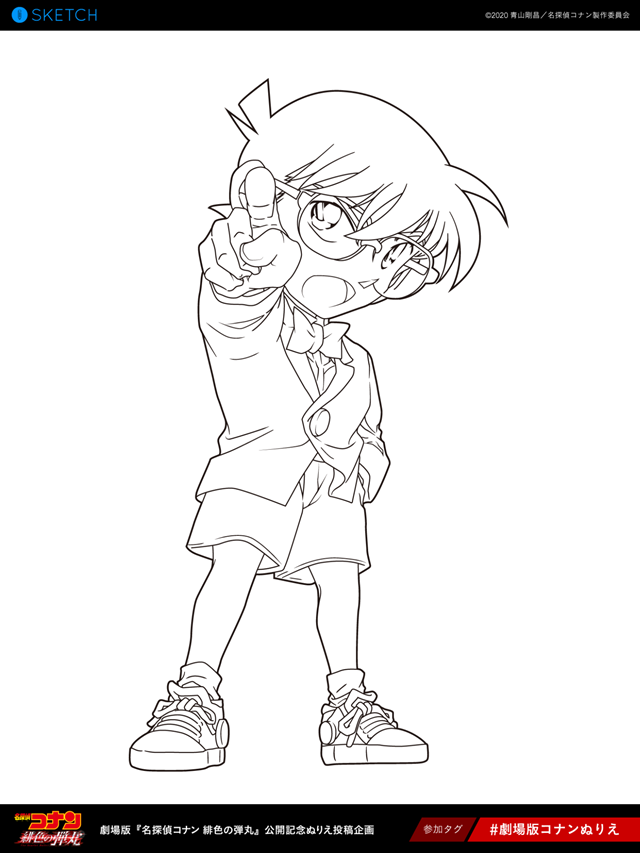 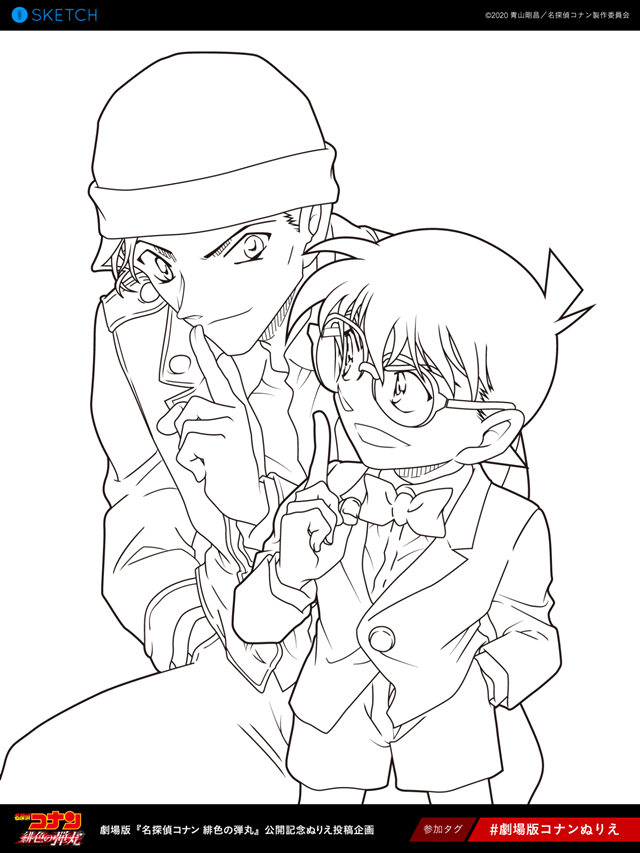 The Detective Conan anime franchise’s 24th film Meitantei Conan: Hiiro no Dangan / Detective Conan: The Scarlet Bullet is set for a release in Japan on April 16, 2021. It was originally scheduled to be released on April 17, 2020, but has been postponed for one year due to the impact of the COVID-19 pandemic.

“Beginning of the RELOAD PROJECT” PV: