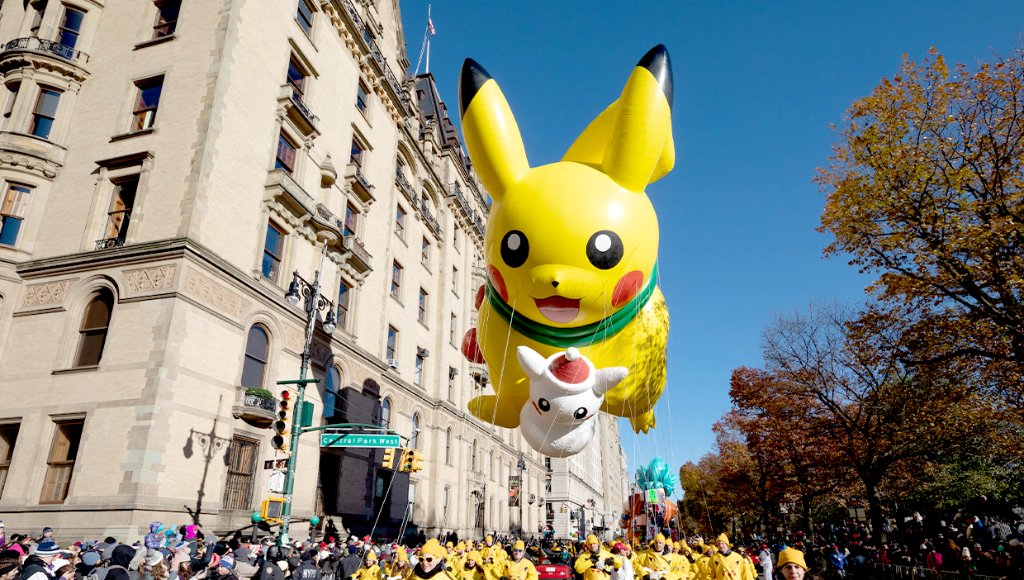 Thanks to COVID-19, this year’s Macy’s Thanksgiving Day Parade will be a little different. To make safety a top priority, the parade is forgoing the traditional 2.5-mile route in favor of a television-only event that’s being “reimagined over the course of several days.” These elements will be strung together with a live Thanksgiving Day broadcast in an effort to create the illusion of a traditional event, and one of the mainstays in place will be the Pikachu balloon.

As the official Pokémon Twitter account shared, this year will mark Pikachu’s 20th consecutive appearance at the parade. Not bad for an electric rat! Just think about how different the world of Pokémon was 20 years ago. Pokémon: The First Movie had just premiered in the US in the previous year, and the notion of Pikachu sticking around for two more decades seemed absolutely wild.

In addition to the balloon, there will be a special troupe of dancing Pikachu in the parade. The Pokémon site wants everyone to tune in to “find out why they’re making a special appearance this year.”

The 94th Macy’s Thanksgiving Day Parade kicks off on Thursday, November 26 from 9:00am to 12:00pm in all time zones on NBC and Telemundo. For more on the changes and safety precautions being put in place you can check out the official website.