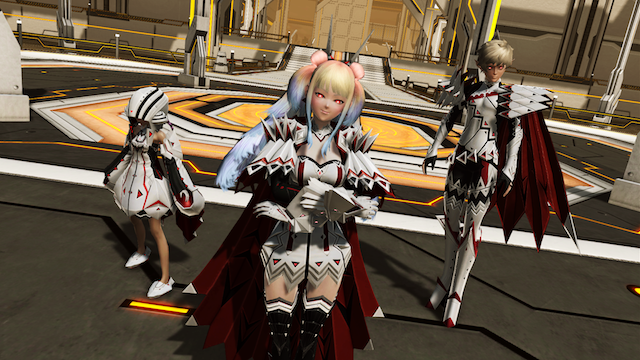 Phantasy Star Online 2 players can look forward to more content coming in just a few days. Sega announced plans to launch Episode 6 in the west on December 9, introducing everything from new quests and classes to new enemy types, summoner pets, and more.

Episode 6 will also kick the level cap up to 95. You can get all the details over at Sega’s website, and check out a synopsis of the next chapter below.

In the battle at Alternate Dimension, Omega was victorious and the gigantic black hole that appeared in Oracle and Earth’s universe was extinguished. However, the one who calls herself the “Goddess of Annihilation Shiva” has appeared at the ARKS ship. The ARKS fought valiantly but attacks using Photon Arts were not effective against her. After showing her superior powers and declaring war against the universe and ARKS, she left. But not for long. Eventually, the “Final Armada” appeared in front of the Oracle fleet, with the aim of annihilating the Oracle and destroying the universe. Changing the battlefield to space, the most massive battle for ARKS begins.

Phantasy Star Online 2 is currently available on Xbox One and PC in the west.