When it was announced, in the summer of 2019, that Tetsuya Nagamine would be taking over the role of One Piece series director, many One Piece fans (myself included) eagerly anticipated what he would bring to the franchise. Along with his stellar TV work, he’d also directed the poignant One Piece Film Z and the stellar Dragon Ball Super: Broly, turning him into the closest thing we have to battle anime film royalty. With his name associated with top tier adventure, I looked forward to what he’d bring to the long-awaited Wano arc, a storyline that’s been building up in One Piece for over a decade.

With him, we’d also see Midori Matsuda (Chief Animation Director for One Piece: Episode of East Blue) become the new character designer, along with the continued efforts of directors like Kohei Kureta and Aya Komaki, both of which had done amazing work in the recent Whole Cake Island arc. Kureta’s handling of Luffy’s Fourth Gear Snake Man fight was second to none, and Komaki’s delivery of Big Mom’s “Bad End” musical was one of my favorite One Piece scenes in the last few years. In short, there was more to be excited for than just a hype new arc. There was an obscene level of talent gathered behind it. 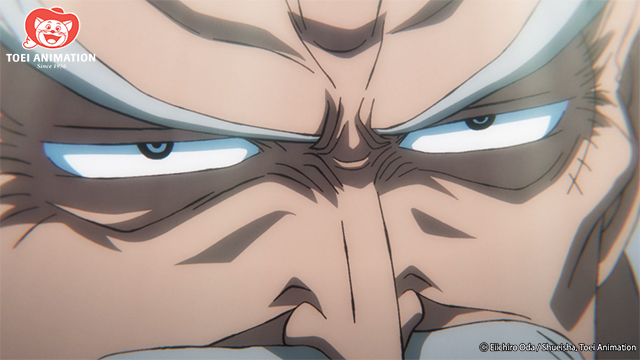 And what they’ve managed to produce in the Wano arc has been deeply impressive. As the shamisen played and Zoro cut down the corrupt magistrate and his cronies in the first episode, I knew I was in for something special, and from then on, the Wano arc has jumped from high point to high point. And now, with Episode 957, directed by Megumi Ishitani in her One Piece directing debut, we’ve reached the latest pinnacle with an entry that’s worthy of every single bit of social media praise that it’s accrued over the past week.

Blending action, intrigue, and a Grand Line history lesson, Episode 957 excels for the same reason the rest of the best of Wano has excelled: It exudes an inescapable energy. Much of this is captured in the eyes of the characters involved, with Ishitani giving us various close-ups over the course of the episode. Radiating defiance, fear, entitlement, anger, and despair, these close-ups provide an immediate connection with characters that we haven’t seen in quite a while. Because while Wano is a big arc, it’s also a secluded one, taking place, for the most part, on an island nation that’s remained closed to the world for years. Basically, if you’re not in, you’re out. Unless you’re Luffy. Or Big Mom. 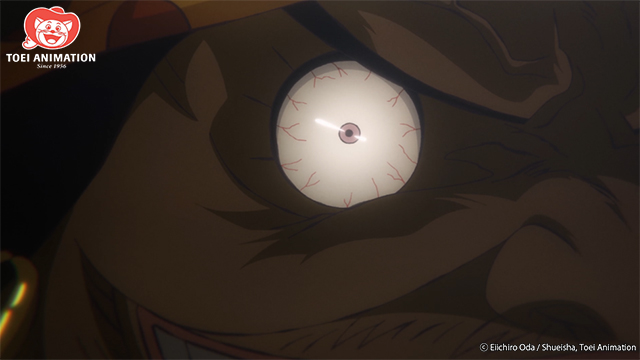 Thanks to the animation techniques at work here, Episode 957 doesn’t need to belabor itself with extended check-ups on the Warlords of the Sea, privateers that have recently been told “No need to come into work on Monday” through the arrival of naval forces. This one montage shot of Boa Hancock does more than any lengthy monologue would, displaying pride, allure, and confidence. Our familiarity with the One Piece world allows us to glean all the information we need from her eyes and limited dialogue, and the skilled crew at Toei are capable enough to give it to us. 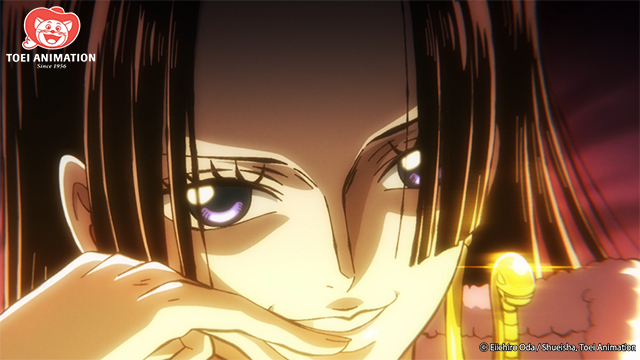 For an episode that throws the world into such upheaval, the choice to constantly island-hop is a strong one, leaving the audience to keep up with it rather than finding any lazy comfort in it. As an episode built around reactions, it’s good to cycle through so many. It encapsulates a system on the verge of massive change, chaotically arranged because, well, it’s gonna lead to chaos.

Some of the shots I did for OP#957, had to retime it a bit for twitter.
Only sharing my roughLO for the dofy parts.
So many thanks to director Ishitani-san for trusting me with this sequence
Best storyboard I’ve seen in my life.
And of course, also a lot of thanks to Mineta-san! pic.twitter.com/O4rVjh0FL0

Finally, the short run-through of the Warlords and the many roles they’ve played in the series is both fun from a nostalgic point of view — they could give us a version of Luffy punching Crocodile through the streets of Alubarna in every episode and I’d never tire of it, it’s a truly magnificent scene — and illuminating. It shows that the presence of the Warlords is still a deadly one. In a less well-concocted story, the Warlords would seem like boss battles in the past, things that Luffy has learned the tricks to and moved on from. But watching Doflamingo in his cell, grinning over the news, still provides menace, even though a few minutes later the episode recounts his defeat. The Warlords have been disbanded, but even the fallen ones have a part to play, dastardly or otherwise. 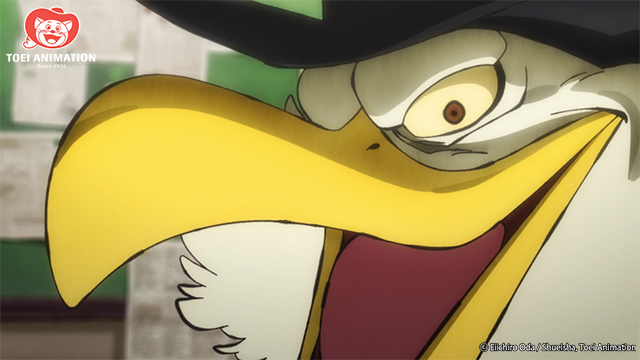 In short, Episode 957 deserves its praise and then some. It’s a masterful adaptation of its source material, and now a calling card of every animator, editor, director, and writer involved. In a series as long as One Piece, we tend to identify moments as memorable, rather than the specific episodes they’re in. (There have been 957 of them as of this writing. That’s understandable.) But in this case, I think it’s especially important to recognize the number, as it’s a truly great episode of anime and a fine addition to the ever-growing list of “Why y’all should watch One Piece.”

What did you think of the episode? Let me know in the comments!