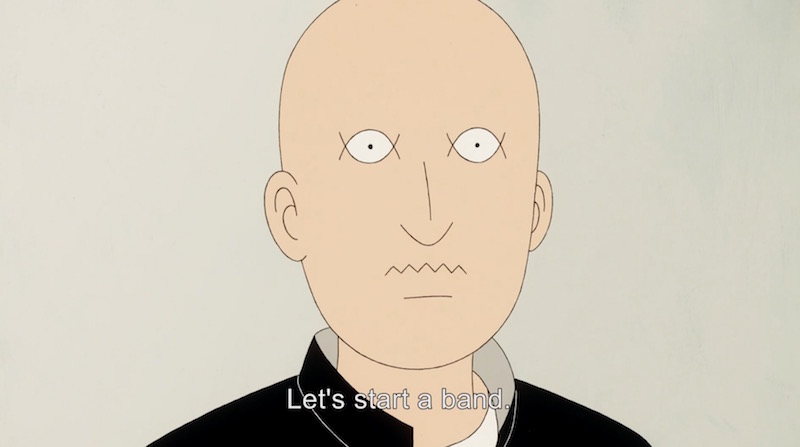 Back in June, GKIDS announced the acquisition of Kenji Iwaisawa’s award-winning anime film On-Gaku: Our Sound, which now has a theatrical date. The feature won the Nelvana Grand Prize at the Ottawa International Animation Festival and was an Official Selection at the Annecy Film Festival, and it’s coming to select theaters in North America on December 11.

Based on the manga by Hiroyuki Ohashi, On-Gaku: Our Sound is currently lined up to play in select markets including San Francisco, Chicago, Austin, Dallas, Boston, and more. While we wait for further details, GKIDS revealed a new poster: 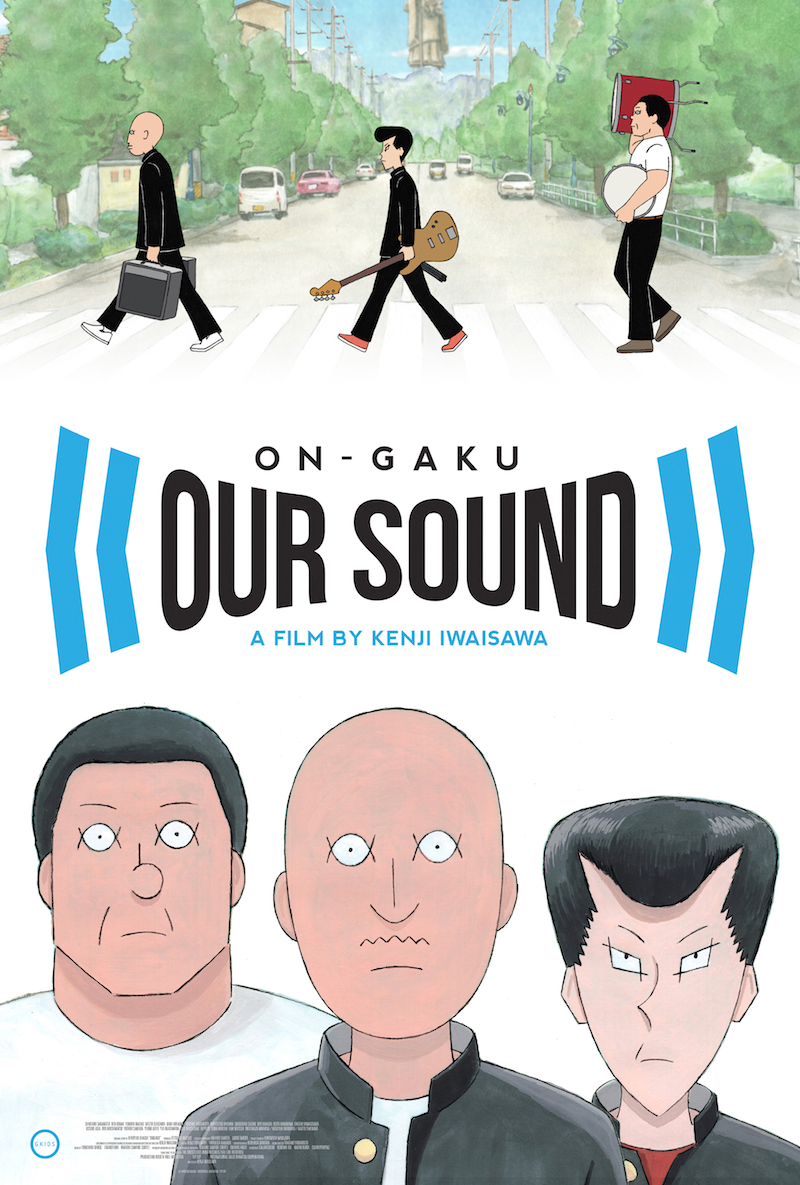 When you’re a bored teenager looking for thrills, sometimes the only thing you can turn to is rock ‘n roll. Having no skill, money, or even a full set of drums, a feared trio of high school delinquents nevertheless decide they are destined for musical glory in a quest to impress their only friend Aya, avoid a rival gang, and – most importantly – jam out.

Animated almost entirely by director Kenji Iwaisawa, and featuring a lead performance by Japanese alt-rock legend Shintaro Sakamoto, ON-GAKU: OUR SOUND brings its own sound and vision to the Hiroyuki Ohashi manga from which it was adapted. With pitch-perfect deadpan humor, the film presents a highly original take on the beloved slacker comedy: a lo-fi buddy film with a blaring musical finale that will leave you wanting an immediate encore.

Local ordinances are different depending on where you live. If you’re in an area showing On-Gaku Our Sound, exercise caution before venturing out. You can learn more about how to protect yourself and others from COVID-19 at the CDC website.