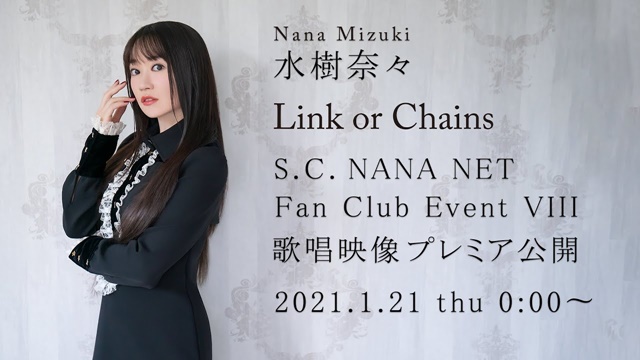 The official website for anime voice actress/singer Nana Mizuki has announced that a special live performance clip of her latest digital single song “Link or Chains” will be posted on her official YouTube channel at 00:00 on January 21 (JST) / 07:00 on January 20 (PT). Archive streaming will be available. It was filmed at “S.C. NANA NET Fan Club Event VIII” held on December 6, 2020, to celebrate the 20th-anniversary of her debut as a singer.

“Link or Chains” was released digitally on January 10, 2021, and ranked seventh on Oricon’s daily digital single charts on its first day. It is now featured as the OP theme for the TV broadcast version of the anime adaptation of Haruhisa Nakata’s mechanical martial arts manga Levius. The Polygon Pictures-produced anime premiered worldwide on Netflix in November 2019, and has been airing on TOKYO MX and BS11 in Japan since January 9, 2021. 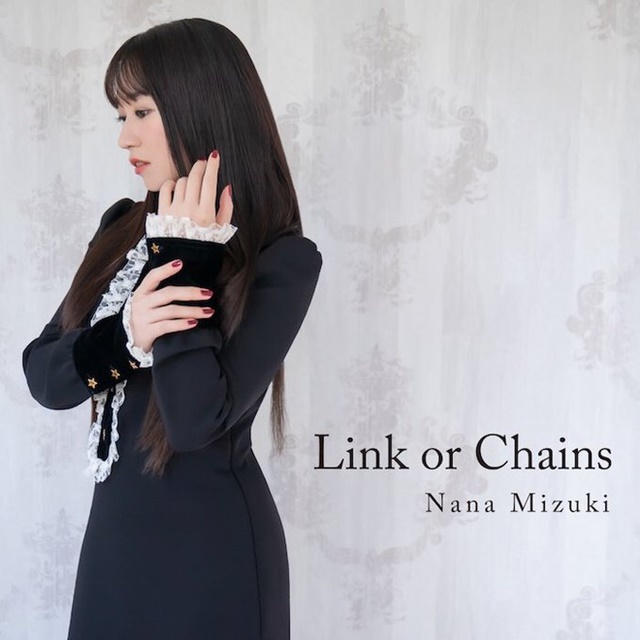 Also, the DVD and Blu-ray of her first online concert “NANA ACOUSTIC ONLINE” is set to be released on April 7, 2021. In addition to the songs performed at Club Mixa in Tokyo on November 7, 2020, the disc will also include “making of NANA ACOUSTIC ONLINE,” an audio commentary, and a performance clip of her debut song “Omoi” with a piano from “S.C.NANA NET Fan Club Event Ⅷ” as bonus footage.