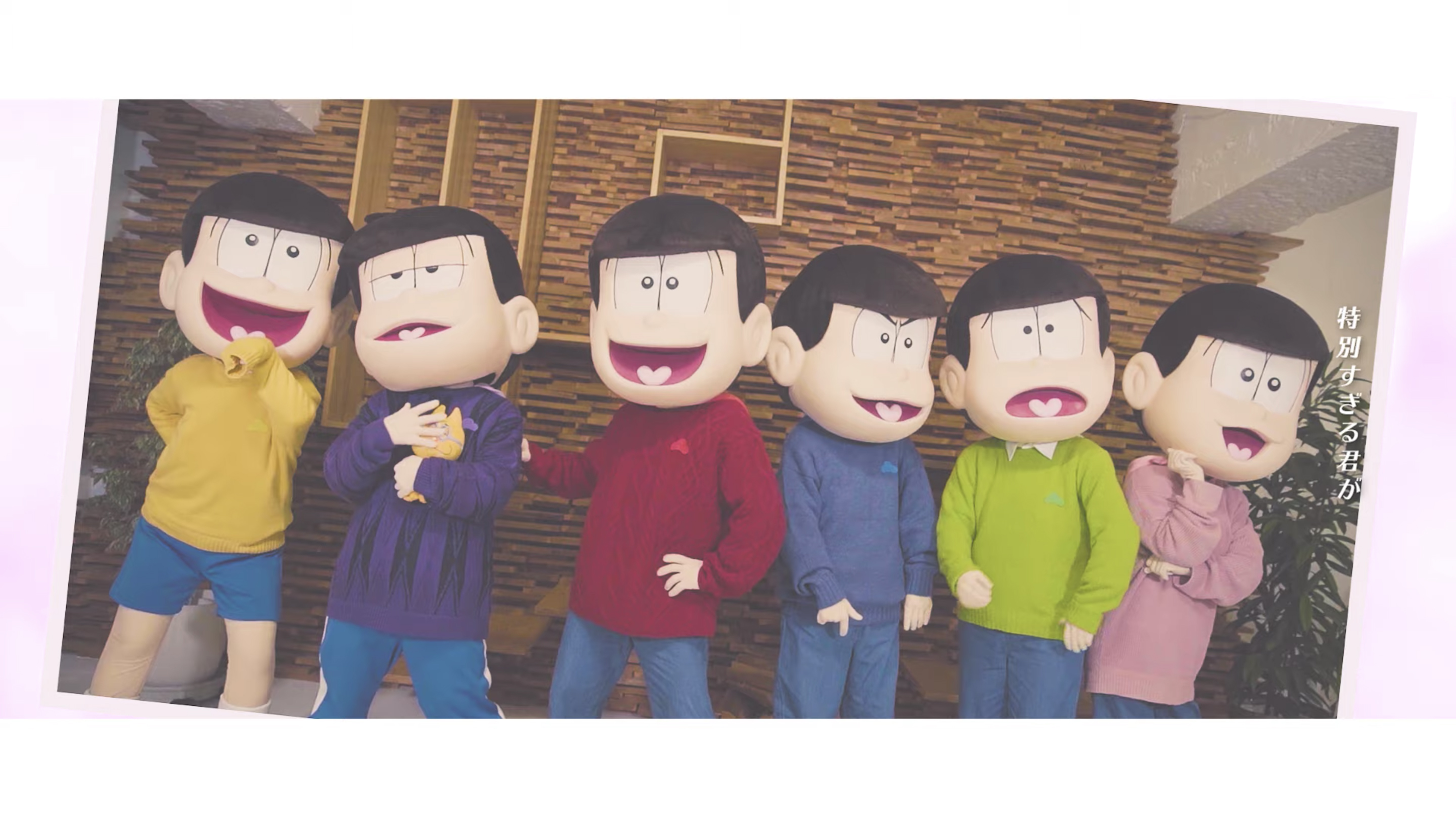 When you combine the Matsuno sextuplets and a live-action music video, you get a version of the Mr. Osomatsu 3rd Season‘s first ending theme “Max Charm Faces ～Kanojo wa Saiko ♡♡!!!!!!～'” by Shuta Sueyoshi, Totoko♡Nya, and the boys who are also dancing along in live-action. The wacky video was released today on the YouTube channel for Mr. Osomatsu and can be seen below:

Mr. Osomatsu 3rd season continues to rampage on Crunchyroll this season, who describes the third season as such:

The legend of the most famous sextuplets from Japan is back for the 3rd time!!!!!! There are even more new developments waiting around the corner this time?! In 2015 the TV anime “Mr. Osomatsu,” based on Akatsuka Fujio’s famous gag manga “Osomatsu-kun,” was created to commemorate the 80th anniversary of Akatsuka Fujio’s birth. The anime portrayed the sextuplets as twenty-somethings, NEETs, and virgins. Despite that, there was something lovable about the Matsuno sextuplets and the depiction of their daily lives, that caused a social phenomenon.

5 years later, the six are back again and ready to cause havoc in all the wrong ways yet again! And apparently, there’s going to be a new change with the Matsuno Family? That problematic show is back again!