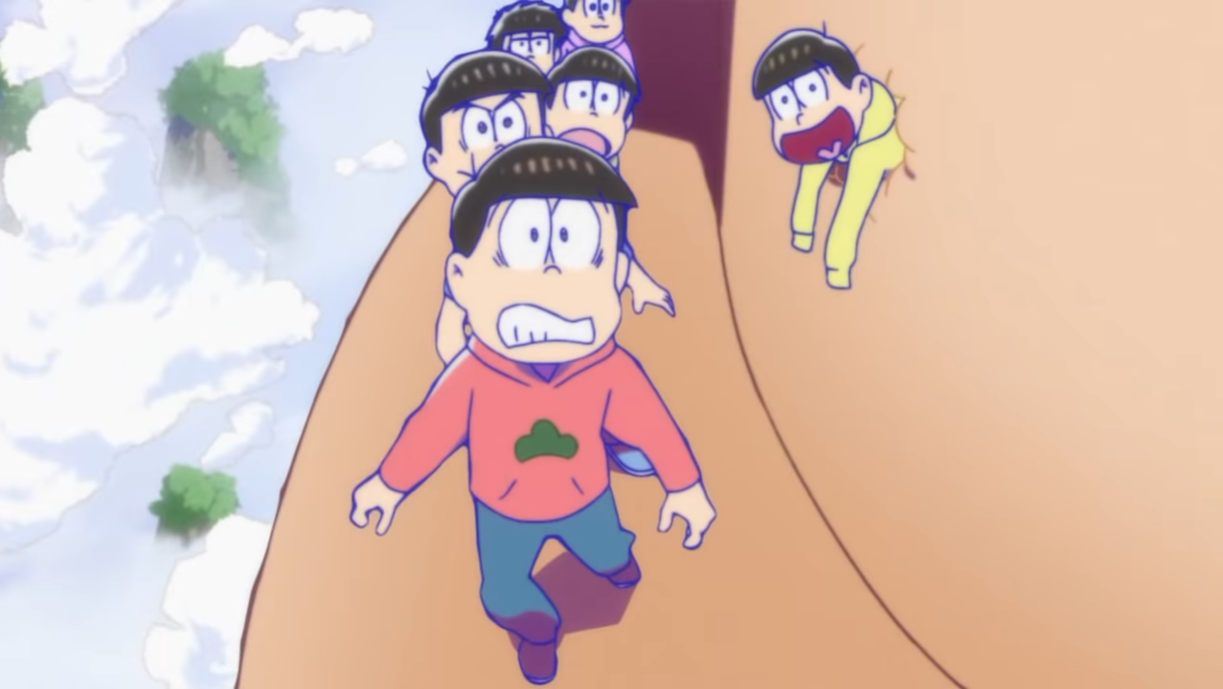 The six Matsuno brothers are back for more zany antics in the second cour of the third season of Mr. Osomatsu, an ongoing TV anime based on the classic comedy manga / TV anime by Fujio Akatsuka about the daily adventures of a set of trouble-making sextuplets, and now you can enjoy credit-free versions of the new opening and ending animations for the latest installment.

Mr. Osomatsu is directed by Yoichi Fujita and features animation production by Pierrot. The series is currently broadcasting in Japan and streaming on Crunchyroll, and Crunchyroll describes the story of the series as follows:

Mr. Osomatsu is based off of the gag manga series Osomatsu-kun by Fujio Akatsuka, and ran from 1962 to 1969. The series features a set of sextuplets, the Matsuno brothers, with Osomatsu being the oldest brother and leader of the group.