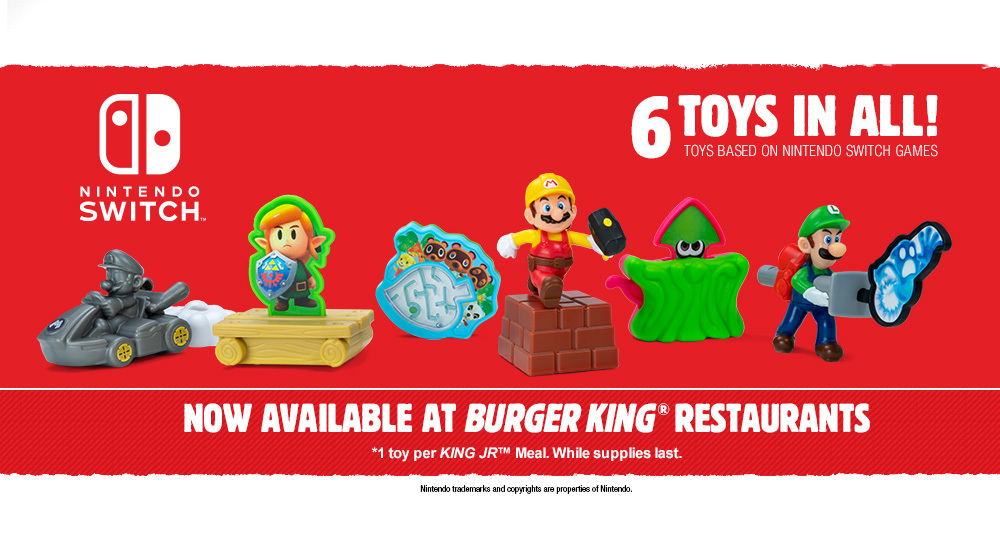 There’s nothing quite like rolling up to your favorite fast food spot and getting a rad toy with your kids meal. I mean, if you’re a kid, of course. We would never do that as grown adults… never! Now we have a chance to not do that once again, because Nintendo and Burger King have teamed up to deliver a set of exclusive toys to King Jr Meals in locations across the U.S., Canada, and parts of Latin America.

There are six figures total with one random selection included in every King Jr Meal. Pictured above, they include figures from Mario Kart 8, The Legend of Zelda: Link’s Awakening, Animal Crossing: New Horizons, Super Mario Maker 2, Splatoon 2, and Luigi’s Mansion 3.

The campaign kicks off today and runs through March 15. Those who purchase a Super Mario Meal between February 8 and February 22 will be entered for a chance to win a Nintendo Switch Prize Pack, which includes a Switch console and a copy of Super Mario 3D World + Bowser’s Fury.

If you’re new to the game and wondering what else is in a King Jr Meal, the toy comes with the bonus of a Whopper, small fries, and small fountain drink on the side.