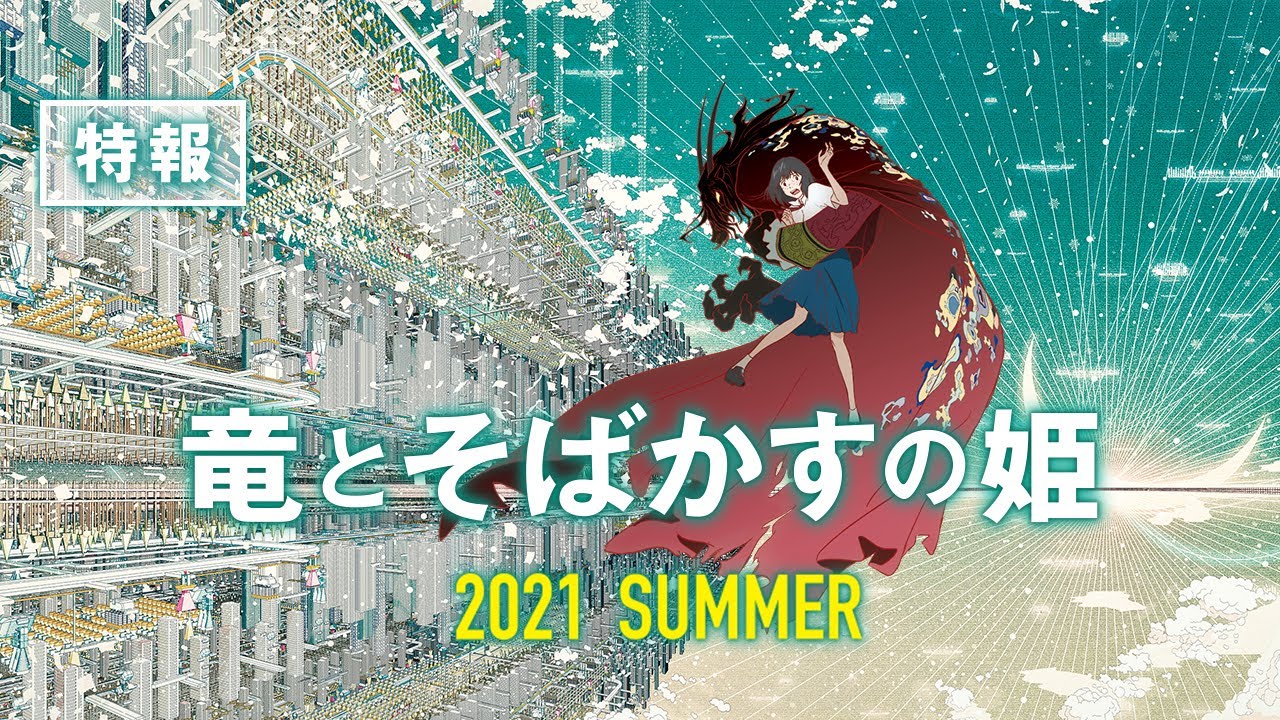 Thanks to a Variety exclusive, the first teaser trailer is here for the next film from Mamoru Hosoda (Mirai, Wolf Children, Summer Wars) and Studio Chizu, Belle. Initially announced back in December, Belle is on track for a summer 2021 premiere in Japan, and you can see a snippet of the acclaimed director’s latest effort below.

The teaser is also available without English text on TOHO’s YouTube.

Belle depicts an online world called U, a place on the Internet where more than 5 billion people from around the world get together. At the heart of it is Suzu, a 17-year-old high school student who lives with her father in a rural village. Things begin to change for Suzu when she enters U and becomes a world-famous singer known as Belle, eventually kicking off a journey of adventures with a mysterious creature.

According to Hosoda, Belle is the movie he’s always wanted to make, and he can only do so because of the “culmination of my past works.” He went on to say that he explores “romance, action, and suspense on the one hand, and deeper themes such as life and death on the other. I expect this to be a big entertainment spectacle.”