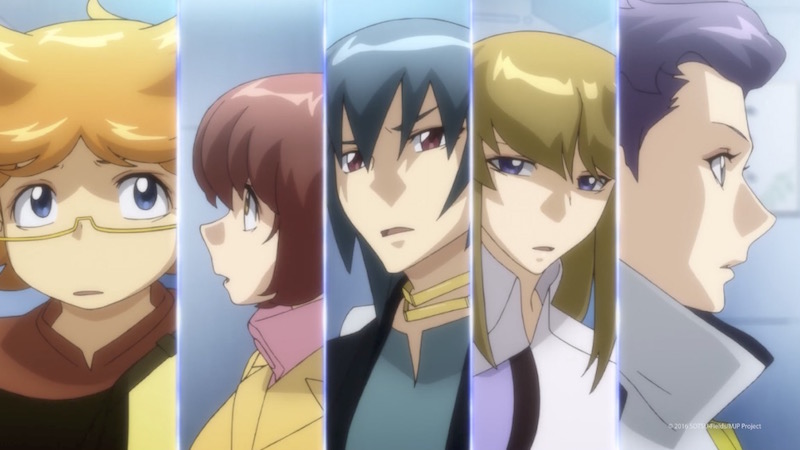 Sentai Filmworks is getting ready to release the Majestic Prince: Genetic Awakening movie along with the Wings to the Future OVA (episode 25) together on Blu-ray, and the set is up for order ahead of a February 9 launch. With just a month to go, now’s the perfect time to take a look at the English dub cast list, so check out a preview and see who’s playing who in the dub below.

Izuru has fallen into a coma following critical injuries he sustained in a fierce battle with his sworn enemy, Jiart. Now Asagi must step in to command Team Rabbits, but does he have what it takes to live up to his brother Izuru’s legacy? There’s no time for second-guessing as Asagai and Team Rabbits take the ultimate stand against a terrifying new enemy, the likes of which they’ve never before encountered.

Majestic Prince: Wings to the Future

Team Fawn from Gurantseere Academy dreams of one day fighting beside the heroes of Team Rabbit. One day, they finally get their chance as the GDF launches another attack during one of their training exercises. They are then thrust into battle as the rest watch on television.