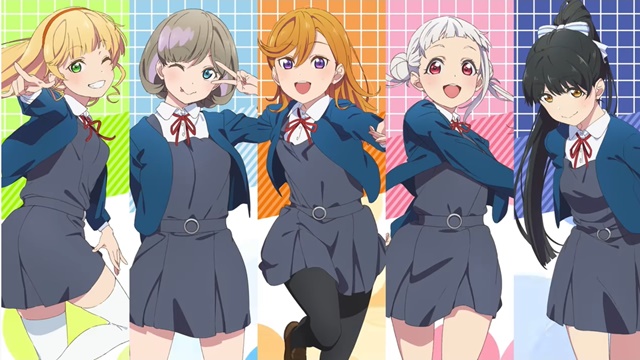 The Love Live! franchise’s official YouTube channel has started streaming an 80-second new PV for the upcoming new TV anime project Love Live! Superstar!! to announce its five main voice cast members. For the first time in the franchise, an audition for the main cast was held for the general public. As reported, their unit name was decided as “Liella!” by the online vote by fans held in August 2020.

Also in the clip, it was announced that their debut single “Hajimari wa Kimi no Sora” (The Beginning is Your Sky) is set to be released in the spring of 2021. In addition, their animation music video will be produced.

As the fourth project from the Love Live! franchise, the TV anime Love Live! Superstar!! is now in the works. Takahiko Kyogoku, who worked on the first Love Live! anime series returns to the director’s chair. Its broadcast schedule has not yet been finalized.