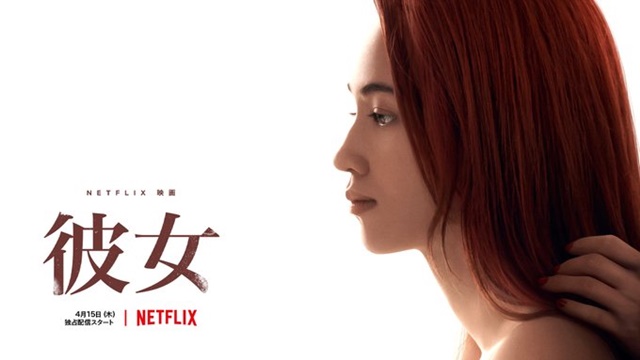 Netflix Japan’s official Twitter has posted a teaser visual for the upcoming live-action film adaptation of Ching Nakamura‘s lesbian drama manga Gunjo, showing a profile of Kiko Mizuhara (Mikasa in the Attack on Titan live-action films), who is cast as one of its two female lead characters, and a hand that gently touches her hair from behind. The tagline written in the Twitter post is “a woman who killed a man and a woman who made her kill the man for a love that can never be fulfilled.”

The new title of the adaptation is Kanojo (She), and it will start streaming on Netflix worldwide on April 15, 2021. In addition to the previously announced Mizuhara and Honami Sato (the drummer of Japanese rock band Gesu no Kiwami Otome), Yoko Maki, An Suzuki, Tetsuji Tanaka, Sara Minami, Sinya Niiro, Shunsuke Tanaka, and Setsuko Torimaru newly join the cast members. 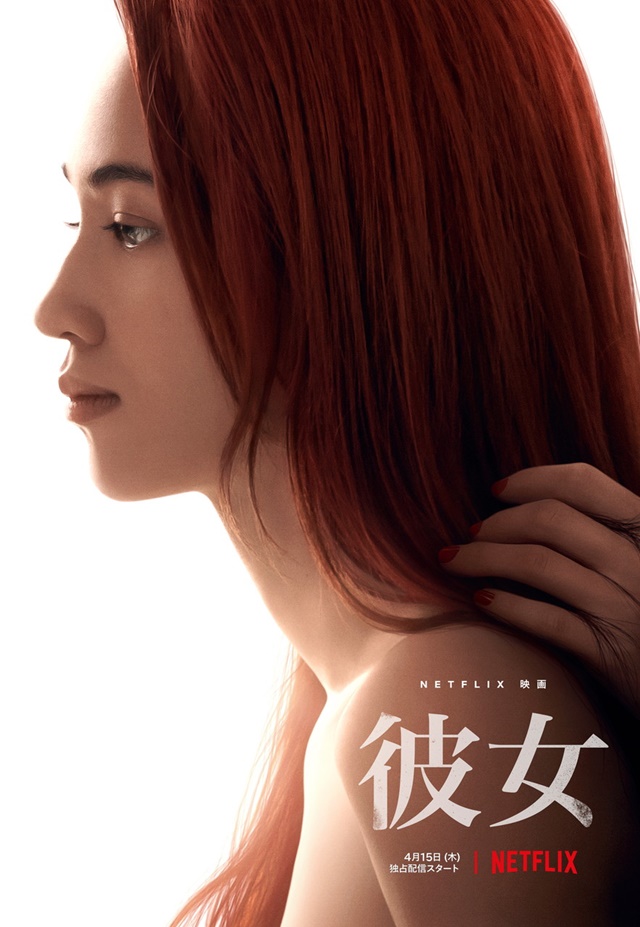 The adaptation centers on two women – Rei Nagasawa (Mizuhara), who is homosexual, and Nanae Shinoda (Sato), who has been suffering severe domestic violence by her husband. Rei has been in love with Nanae since their high school days, and kills her husband for her. Nanae feels alienated and afraid of Rei, who has committed murder for her, while Rei accepts everything in order to keep Nanae alive. Both of them want love, but they also have disconnected feelings for each other.