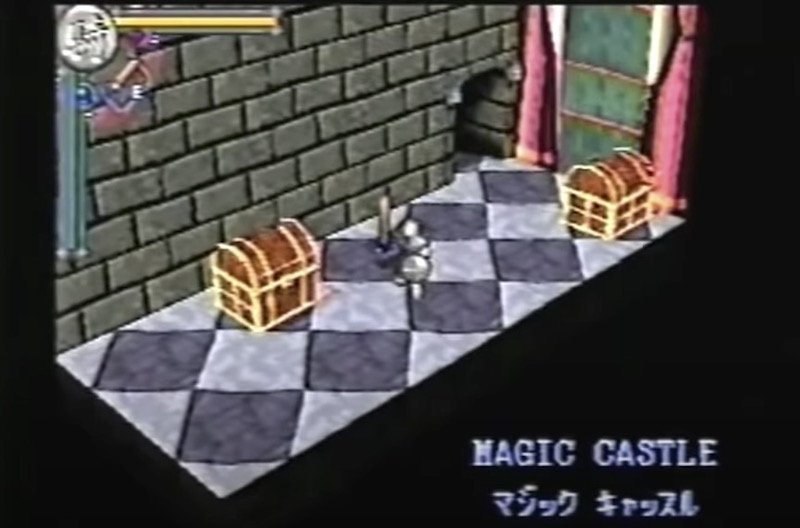 If you were into games around the time of the original PlayStation, you probably read about the Net Yaroze, which was a development kit that allowed hobbyists to get together and create their own games. These were very much homebrews for the most part, which means a lot of them never made it to publishers, much less players, and many weren’t even finished at the time. One of these unfinished titles was later found, and thanks to the rediscovery of its source code, an original team member was able to finish it up and release it over 20 years later.

The game is Magic Castle, an isometric roguelike that game designers K. Matsunami and PIROWO teamed up to create way back in 1998. According to an interview with the head creators—one now works at Sega as a game designer, producer, and director—they initially made Magic Castle as a pitch to a game production company. They were inspired by games like Dragon Buster for the sword play, and Fantasy Zone for the coin collecting, and of course their overall love for video games.

Unfortunately, after a year of development the savings had been exhausted and the team known as KAIGA had to be dissolved. Now, two decades later, PIROWO was able to find the source code, tie up some loose ends, and make Magic Castle playable to the public.

Here’s a look at the game via a VHS tape the team made in 1998 to go along with their pitch:

Definitely check out the full interview linked above, as it’s really interesting. Hopefully we’ll get to see more lost gems like this resurface in the future. In addition to downloading the full game, you can check out the instruction manual on Archive.org.