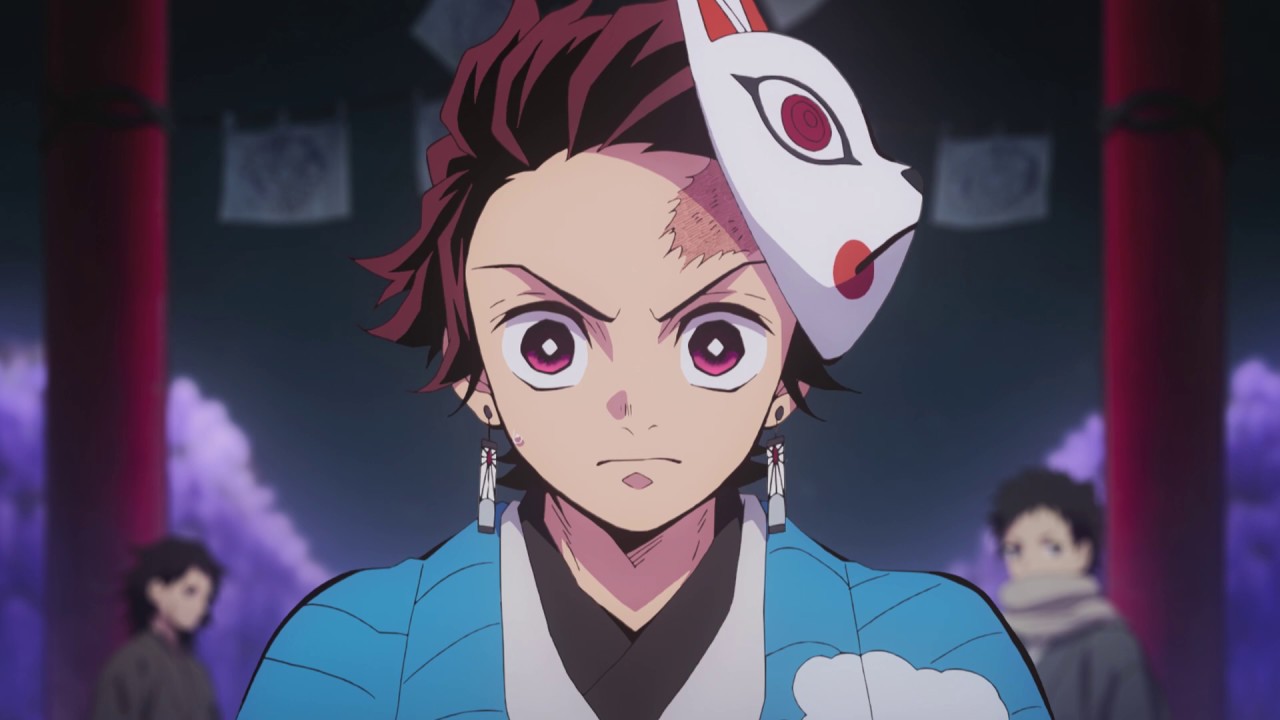 2021 will see a few elections across Japan as various cities the country as a whole will hold votes for their representatives. To get the attention of their constituents, a few politicians are using various patterns and logos from Demon Slayer: Kimetsu no Yaiba to gain more notoriety on their campaign posters. This worked well, making Demon Slayer‘s publisher Shueisha comment on the matter, and one of the members of the House of Representatives take down all the posters, issue an apology, and make new posters in time for the upcoming election. 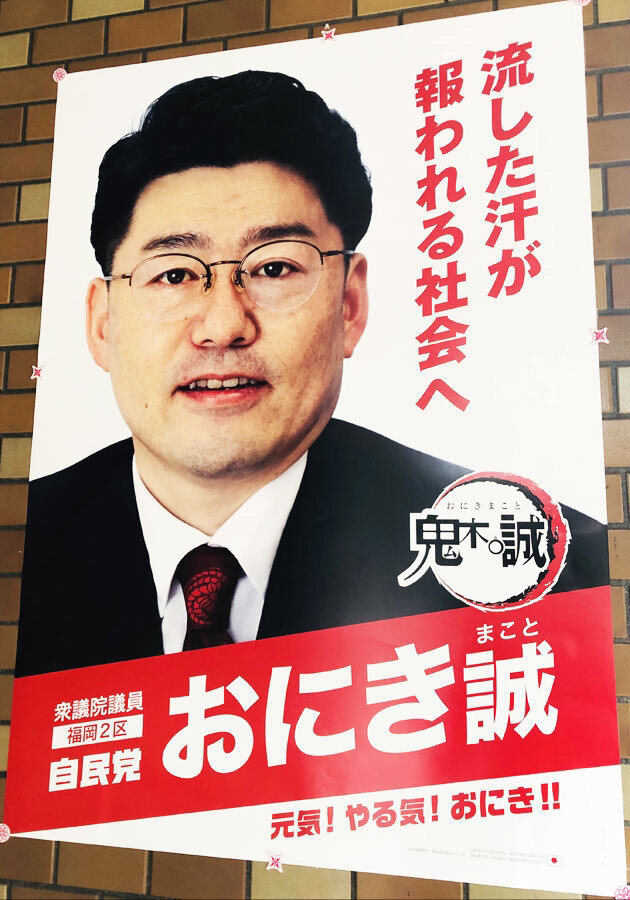 The highest-profile situation involves Makoto Oniki, a member of the House of Representatives for the ruling party of Japan, the Liberal Democratic Party of Japan, in the Fukuoka 2 constituency. Oniki’s poster, which can be seen above, drew ire from fans of Demon Slayer, and even caught the attention of Shueisha, who issued a statement on Twitter saying the publishing company “are not involved in any way with the use of images.”

In a report from TV Asahi, Oniki apologized for the poster and said he “deserved the criticism … from fans.” He promised that the posters will be going down as soon as possible. Oniki is up for re-election this year when Japan goes back to the polls to its first election after former Prime Minister Shinzo Abe stepped down for health reasons and Yoshihide Suga took over the role. 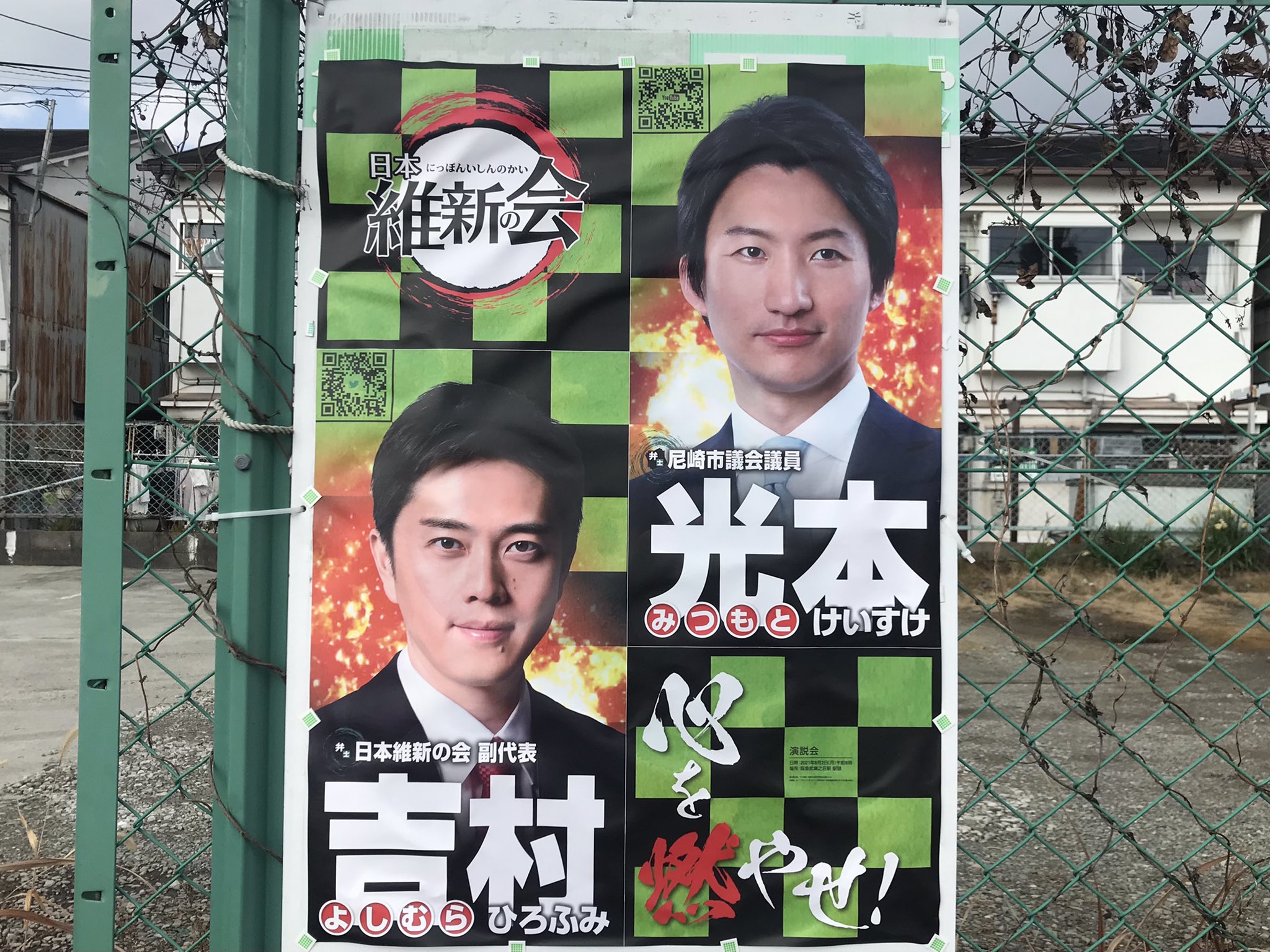 The other poster (above) making the rounds comes from Amagasaki City in Hyogo prefecture and features Osaka governor Hirofumi Yoshimura, and Amagasaki City counselor Keisuke Mitsumoto, who is also up for re-election. Both members are part of the Nippon Ishin no Kai party. Yoshimura is currently serving as the face of the party due to his high position of power as the governor of Japan’s second-largest metro area, so his endorsement on the poster is used to aid Mitsumoto’s chances of winning.

The poster is clearly using the pattern from Tanjiro’s haori to help make the poster more striking. By itself, the design is fine–having been used for centuries–, but the fire and the phrase “set your heart ablaze” is a direct reference to Rengoku’s catchphrase. Both posters, Oniki’s and Mitsumoto’s, used recreated the Demon Slayer logo, Oniki making it into his own name, and Mitsumoto putting the party name in there.

Under Japanese law, there’s nothing Shueisha can do about the posters, due to the common phrasing and classic design, but deny any involvement and kindly ask for them to be taken down, though the spread of the posters online and the negative reaction to them, may make others think differently about using Demon Slayer-based designs in the future.