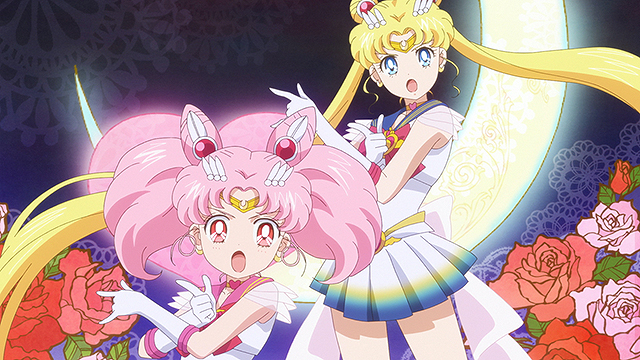 The first part of the two-part anime film Pretty Guardian Sailor Moon Eternal The Movie was released in 127 theaters in Japan on January 8, 2021. The number of theaters showing the film was less than half of that of a major film. Toei Animation’s previous anime feature film Majo Minarai wo Sagashite (Looking for Witch Apprentices) / Looking for Magical Doremi, also distributed by Toei, had the same 127 theaters in its first weekend.

The 80-minute film made its ninth place debut in its opening weekend and its first-weekend gross has not yet been reported. It also ranked sixth in Filmarks’ first-day satisfaction ranking with an approval rating of 3.46 based on 242 reviews. Its second part is set to be released in Japan on February 11, 2021.

Another new anime film of the weekend, Gintama THE FINAL was a box office and critical success. It was released in 197 theaters across Japan on January 8 and earned 287,493,500 yen (about 2.76 million USD) on 204,335 admissions on its first Saturday and Sunday to finally take over the top spot from Demon Slayer: Kimetsu no Yaiba the Movie: Mugen Train. The 104-minute film also ranked No.1 in Filmarks’ first-day satisfaction ranking with an approval rating of 4.06 based on 1,267 reviews. It made 531,350,320 yen (5.11 million USD) on 384,220 admissions in its first four days, and is expected to end its domestic run with around two billion yen.

While dropping to second place for the first time in its 13th weekend, the total box domestic gross of Demon Slayer: Kimetsu no Yaiba the Movie: Mugen Train had reached 35.7 billion yen (343 million USD). The film has continued to extend its record as Japan’s top-grossing film of all-time.