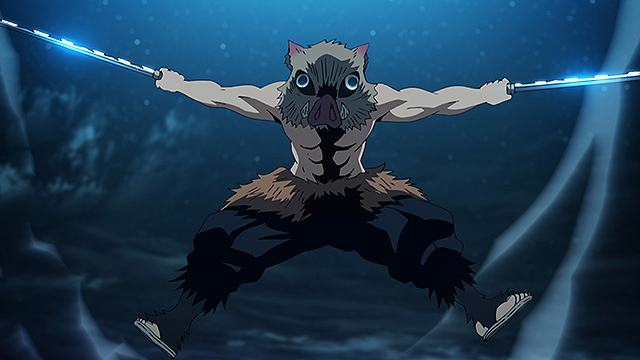 The day is surely approaching when history will be rewritten for the first time in 20 years. Demon Slayer: Kimetsu no Yaiba the Movie: Mugen Train earned 655,519,250 yen on 465850 admissions in its eighth weekend in Japan. The latest weekend revenue was 38 percent down from the previous weekend, but it still has held the top spot at the box office for eight straight weeks.

The film has earned a gigantic 28,848,875,300 yen and sold 21,525,216 tickets in 52 days since its release on October 16. As reported, it has already become the second top-grossing film of all time in Japan, surpassing Titanic (26.2 billion yen). It needs just two billion yen more to become the top-grossing film in Japanese cinema history by breaking the previous record of 30.8 billion yen marked by Hayao Miyazaki’s Spirited Away in 2001. If the current pace can be maintained, a new record is likely to be achieved by the end of the year.

STAND BY ME Doraemon 2 made 245 million yen on 197,000 admissions in its third weekend, keeping its second place for three weeks. The 96-minute film’s total gross will be reaching 1.5 billion yen soon.

-Wandering; Agateram-, the first part of the two-part anime film Fate/Grand Order – Divine Realm of the Round Table: Camelot was released in 177 theaters in Japan and made its fourth-place debut with 170 million yen from 100,000 ticket sales. Its second part Paladin; Agateram is already set to be released in the spring of 2021.

Coming in seventh is the 2007 film Evangelion: 1.0 You Are (Not) Alone., which has gotten time-limited screenings in 373 theaters (including 82 4D theaters) in Japan since December 4. The second and third chapters of the Rebuild of Evangelion film series, Evangelion: 2.0 You Can (Not) Advance. and Evangelion: 3.0 You Can (Not) Redo. will follow on December 11 and December 18, respectively.

After 12 weeks, Kyoto Animation’s Violet Evergarden The Movie finally fell out of the top 10, but it has continued to persevere at the box office. By December 6, the 140-minute film had earned 2,014,286,250 yen on 1,397,440 admissions, becoming the eighth Japanese film of this year that has reached the two billion yen mark.