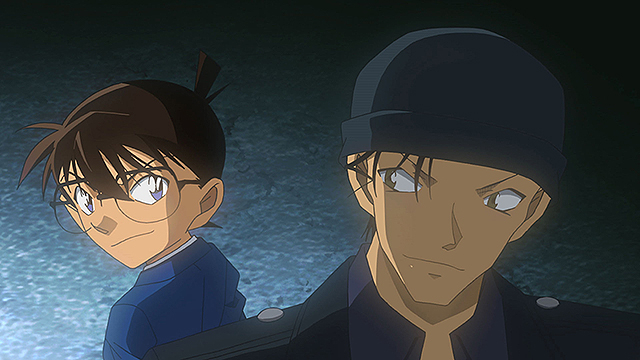 The 94-minute film has been screened in 119 Japanese theaters since February 11 for a limited time of three weeks. It focuses on the four members of the Akai family, who will play the important roles in the forthcoming 24th film Meitantei Conan: Hiiro no Dangan / Detective Conan: The Scarlet Bullet – Shuichi Akai, Masumi Sera, Shukichi Haneda, and Mary Sera -. The personalities and highlights of each person are introduced in the film.

In addition to the newly edited soundtrack and the newly-recorded narration by Conan Edogawa (CV: Minami Takayama), a newly produced footage “A Secret Message from Shuichi Akai” and a new trailer for Detective Conan: The Scarlet Bullet are attached at the end of the film.

In its 18th weekend, Demon Slayer: Kimetsu no Yaiba the Movie: Mugen Train earned 121 million yen (1.14 million USD) on 77,000 admissions, dropping one spot to third for the first time, which was the lowest in its four-month theatrical run. Its cumulative box office gross in Japan has reached 37.48 billion yen (355 million USD). It may finally be possible to reach the 40 billion yen mark.

Gintama THE FINAL dropped to seventh in its sixth weekend, two places down again from the previous weekend. The film has made 1.55 billion yen (14.68 million USD) and needs 150 million yen more to become the top-grossing film in the anime franchise to surpass the second film Gintama: The Movie: The Final Chapter: Be Forever Yorozuya which made 1.7 billion yen (16 million USD) in 2013.