The upcoming Crunchyroll Originals series So I’m a Spider, So What? will be making its way to Crunchyroll in January 2021 and to celebrate the upcoming release, today we are publishing some exclusive interviews with the voice cast of the show! If you want to check out the original Japanese interview, you can do so right here.

In this interview, voice actors Shun Horie (Kazuya Kinoshita in Rent-a-Girlfriend, Enta Jinnouchi in Sarazanmai) and Kaito Ishikawa (Naofumi Iwatani in The Rising of the Shield Hero, Tenya Iida in My Hero Academia) talk about their upcoming roles as Shun and Hugo, giving voice acting advice to each other, and more!

Also be sure to check out the interview with “I (Kumoko)” voice actor Yuuki Aoi right here!

The TV anime So I’m a Spider, So What? is set to begin airing in January 2021. We’ve interviewed the main cast for a special program to be aired right before the series premiere. Our second interview features Shun Horie-san, the voice of Shun, and Kaito Ishikawa-san, the voice of Hugo! What drama will unfold between Shun, with his overwhelming sense of justice, and Hugo, who sees him as his enemy?

What was your first impression of the series?

Horie: I read it out of a personal interest. In most isekai stories, only the main character gets reincarnated in a new world, so seeing all the main character’s classmates also get reincarnated was new to me. It’s divided between Kumoko’s side of the story and the hero’s side, and it’s also interesting how the two storylines frequently seem like they should overlap but don’t. It was like reading two fun stories in one.

Ishikawa: I also thought the way it was divided between Kumoko’s perspective and the hero’s was really creative. It’s fun to think about which side of the story you should give more of your focus to, plus it’s interesting to see what kind of foreshadowing happens and to imagine how it’ll come into play later. It’s definitely a story that keeps you wondering what’ll happen next.

Then what impressions do you both have of Horie-san’s character, Shun?

Horie: Shun is the fourth prince of the Kingdom of Analeit, and both before and after reincarnating, he’s the type whose strong sense of justice won’t let him ignore anyone who’s weak or in need. In his previous life, though, he didn’t immediately condemn people who were bullying others, but tried to approach everyone openly and without any bias. That made me think he was a very kind guy who treated others as equals.

Ishikawa: I actually auditioned for Shun’s part as well, so Horie-kun’s Shun seemed a lot softer and gentler than I was expecting. He does have the spirit for saving the weak and the strength to follow through on it, not to mention lots of friends and acquaintances who adore him, so at a glance, he seems like this amazing hero. But he also has the naivete and artlessness of an ordinary kid with a strong sense of justice who just happened to obtain incredible power.

Horie: Right, the sound director told me about that during my audition. I tried to portray him as the archetypal hero, strong and gallant with high enthusiasm, and the sound director asked me to bring down the “strong” quality a bit. During episode 1’s recording, too, I went through a lot of adjustments with the director and other crew to make sure Shun would sound like his own brand of hero, not too strong but not too weak.

Ishikawa: I didn’t know that.

Horie: Yeah. I was also told to play up  his admiration for his older brother Julius a bit more. Once, during recording, the director asked me why I chose Shun’s part to try out for, and my answer was, “Because I seem to have a fitting voice for people with brother complexes” (lol).

Horie: The hero side of him is important too, but they also wanted to portray the depth of his love for Julius. For that reason, I’ve been putting more emphasis on the overflowing love that Shun has, and especially his admiration for Julius.

And what about Ishikawa-san’s character, Hugo?

Ishikawa: I’m trusting that no one will get the wrong idea when I say my first impression was, “I really don’t like this guy (lol)!”

Horie: You’ve been saying that for a long time (lol).

Ishikawa: In total contrast with Shun, he’s an extremely self-righteous, self-obsessed guy. You really get the sense that he’s the kind of character who was designed to inspire disgust and rub people the wrong way just by watching him. As an example of one finer detail, I make sure his chewing sounds are really pronounced whenever he’s eating something. I feel like the director really wanted viewers to feel repulsed by him, and make sure everyone would perceive Shun as “good” and Hugo as “bad.” As a prince, Hugo has grown addicted to his own remarkable talents, and it’s made him arrogant, so he seems less like a mere rival and more like “THE bad guy.”

Horie: He definitely seems evil when I see him normally, but when I look at him from Shun’s perspective, I also kind of pity him. No matter how hard he tries to become stronger, there’s always going to be a hero he can never surpass, and that must be a really painful way to live life. Although Shun’s fairness and lack of bias might just irritate Hugo even more…

Ishikawa: Yeah, from Shun’s perspective, Hugo might just be someone who’s worthy of pity. But as far as Hugo’s part goes, it’s really important that all the viewers are repulsed by him, so I’ve been trying to act him out in a way that no one could have any sympathy for. To put it another way, I think it’s important to not be overly conscious of how he works and what he thinks. We already have Shun as the embodiment of goodness, and then there’s Kumoko with her positivity. If I portray him as a redeemable character, it would throw off that balance, and it’s quite clear that his bitterness toward Shun accumulates over the course of the story, so I’m taking great care to portray him as an evil character. 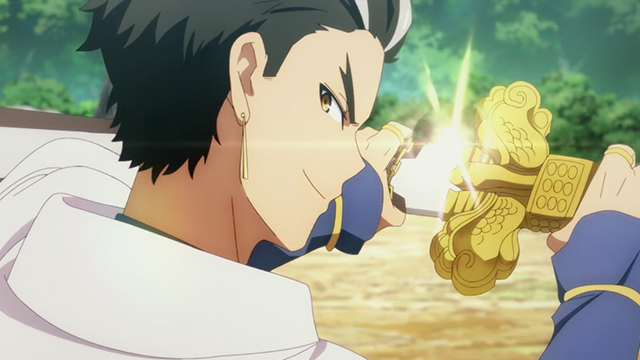 Since the two of you are senpai and kouhai from the same agency, do you ever consult one another for advice or guidance during your recording sessions?

Horie: I don’t usually ask any of my senpai for advice, including Ishikawa-san. I tend to feel like I need to find all my answers for myself. What about you, Ishikawa-san?

Ishikawa: I’m the opposite. If there’s anything I’m not clear on, I’ll immediately ask for guidance. I’ve started to enjoy finding answers for myself more and more, but back when I had just made my debut, I’d go out for drinks with my senpai after every recording session and say things like, “This is the kind of expression I’m going for. Why isn’t it coming out that way? What am I doing wrong?”

Ishikawa: I tried out lots of different things, even stealing my senpai’s techniques, in the sense that I wanted to know exactly how they construct their acting. Once I knew their method, I could try it for myself and find out whether it gave my acting the senpai’s flavor or my own flavor. And if I didn’t like the result, I’d think up a new method. In a way, it’s kind of like playing a video game.

Does everyone on the hero’s side record together?

Ishikawa: Yes, Horie-kun and I have been recording together from the start.

Horie: We also frequently record with Kitamura Eri-san, who plays Fei. Given the state of the world right now, we don’t all get to record together every time, but having our recording sessions separate from Yuuki (Aoi)-san, who plays Kumoko, actually worked out well since it made it easier for us to become immersed in the world that the hero’s side experiences.

Ishikawa: Apparently, keeping us separate from the actors on Kumoko’s side was what the sound director wanted in the first place.

Horie: I’m excited to see how the two sides will eventually connect. 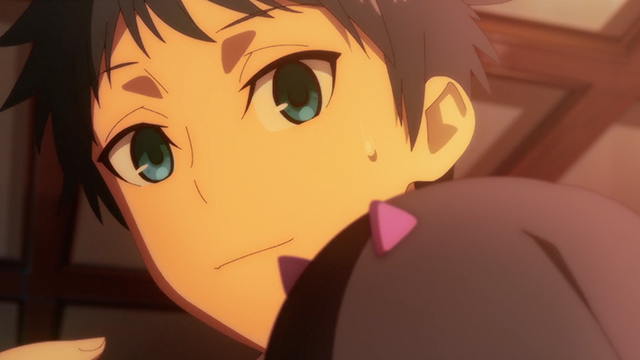 Are there any characters on the hero’s side that interest you?

Horie: Both as Shun and as a viewer, I’d have to say Hugo interests me the most. Seeing how the conflict between them unfolds creates a lot of drama, especially early in the series. Other than him… I guess I’d say Yuri.

Horie: She’s the one that seems the most dangerous to me. She’s a follower of the Word of God religion, but she’s a bit of a fanatic. I kind of enjoy what a mental case she is, though (lol).

Ishikawa: In terms of contrasting personality traits, I think Shun’s younger sister Sue is cute, too. She normally comes across as cool and aloof, but she’s very attached to Shun, calling him “Nii-sama” all the time.

Horie: She’s very wary of other girls around Shun. But you know, they’re all classmates, so sometimes I wish she’d stop acting so threatening toward them and try to get along.

Ishikawa: I’m also interested in Katia, who used to be a boy but reincarnated as a girl. I’m looking forward to seeing what happens to the male spirit within her as she goes through life as a girl, what happens between her and Shun since they’re together so often, and how Higashiyama (Nao)-san will act out her thoughts and feelings.

Thank you very much. Lastly, could you share a message with the fans who are looking forward to the anime?

Ishikawa: As you could guess from the title, So I’m a Spider, So What? is about a spider and her fierce efforts to get by. I’m looking forward to seeing how a tiny spider’s battles might appear on the screen, and I hope all the fans will, too. Also, there’s a lot of drama unfolding in the relationships on the hero’s side, and I hope everyone will watch for that, as well.

Horie: I think this is going to be a completely new sort of isekai series that follows two storylines at the same time. Each episode is limited to a 30-minute time slot, but the story is so dense that it surpasses that limitation, so I hope everyone will look forward to seeing how each of the characters contributes to the richness of the story.