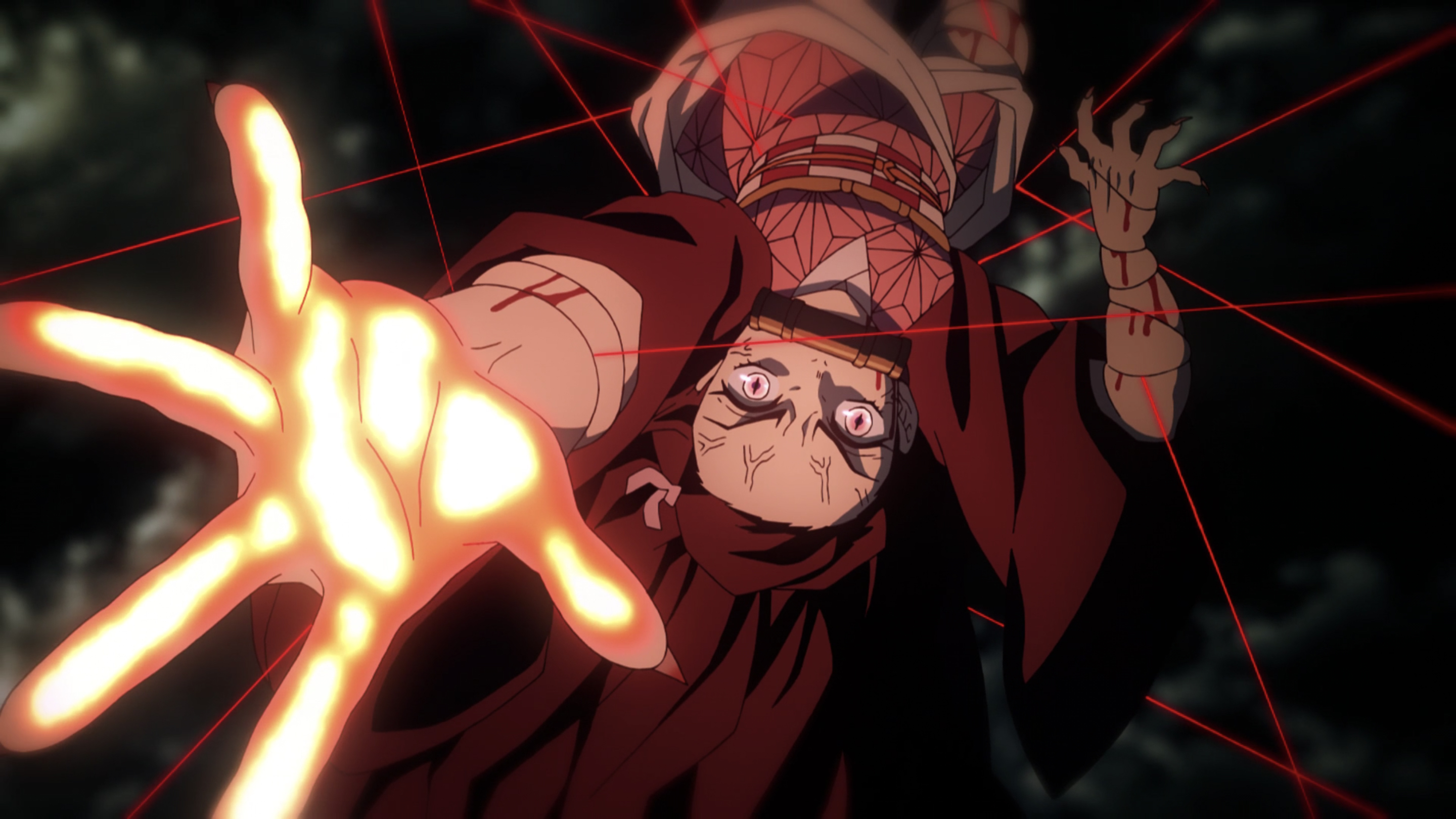 At this point, it’s safe to say that Demon Slayer: Kimetsu no Yaiba is one of the biggest franchises this decade. The manga series sold more than double what One Piece did at its peak in 2020, the Mugen Train anime film has outgrossed Hayao Miyazaki’s Academy Award-winning Spirited Away to become the king of the Japanese box office, and the franchise is estimated to bring in 270 billion yen to the Japanese economy by itself this year.

Looking at all of that, there is no question that Demon Slayer is the hottest domestic property in Japan right now. But how did it get here? Let’s examine how the little manga series from new author Koyoharu Gotouge became a cultural phenomenon in Japan.

Before the Demon Slayer anime started, the series was running in Weekly Shonen Jump, one of Japan’s top manga magazines. The series started in Jump on February 15, 2016, and had modest success, with around 3.5 million copies of the manga series printed and sold as of February 2019, just a few months before the anime premiered in April 2019.

During Jump Festa 2017 — an annual exhibition for series being released by Shueisha in Weekly Shonen Jump and their other manga magazines — the first chapter of Demon Slayer was given out in a sample booklet alongside other new series that had started in 2016, such as THE PROMISED NEVERLAND. Outside that sample booklet though, Demon Slayer barely existed in the mind’s eyes of attendees, with gazes glued to NEVERLAND and BORUTO as the new hot series.

It wasn’t until Jump Festa 2020 (held in December 2019) that Demon Slayer got some time in the spotlight, with the Aniplex booth doing its best at showing off the series that had become such a hit over the previous summer. 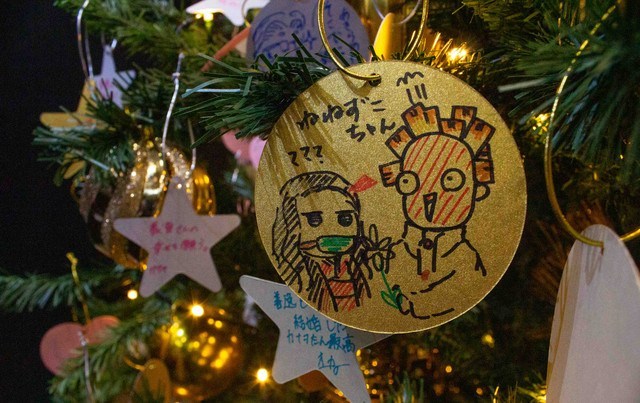 Even though the collected manga volumes weren’t selling as much as one might expect from the now behemoth of a series, Demon Slayer was slowly gaining traction among fans, but wouldn’t really break out until just before the first episode of the TV anime aired on television in Japan.

The Outside Influences Brought into Demon Slayer

When the Demon Slayer TV anime was announced in June 2018, it was revealed that the studio Ufotable would be adapting the series. The Aniplex-affiliated studio is widely praised for their work on the Fate franchise, which has culminated with the Fate/stay night [Heaven’s Feel] film series. Ufotable-produced works are known to already be event-type series, and with Demon Slayer being their first Weekly Shonen Jump adaptation, it was a series to look forward to on that point alone. 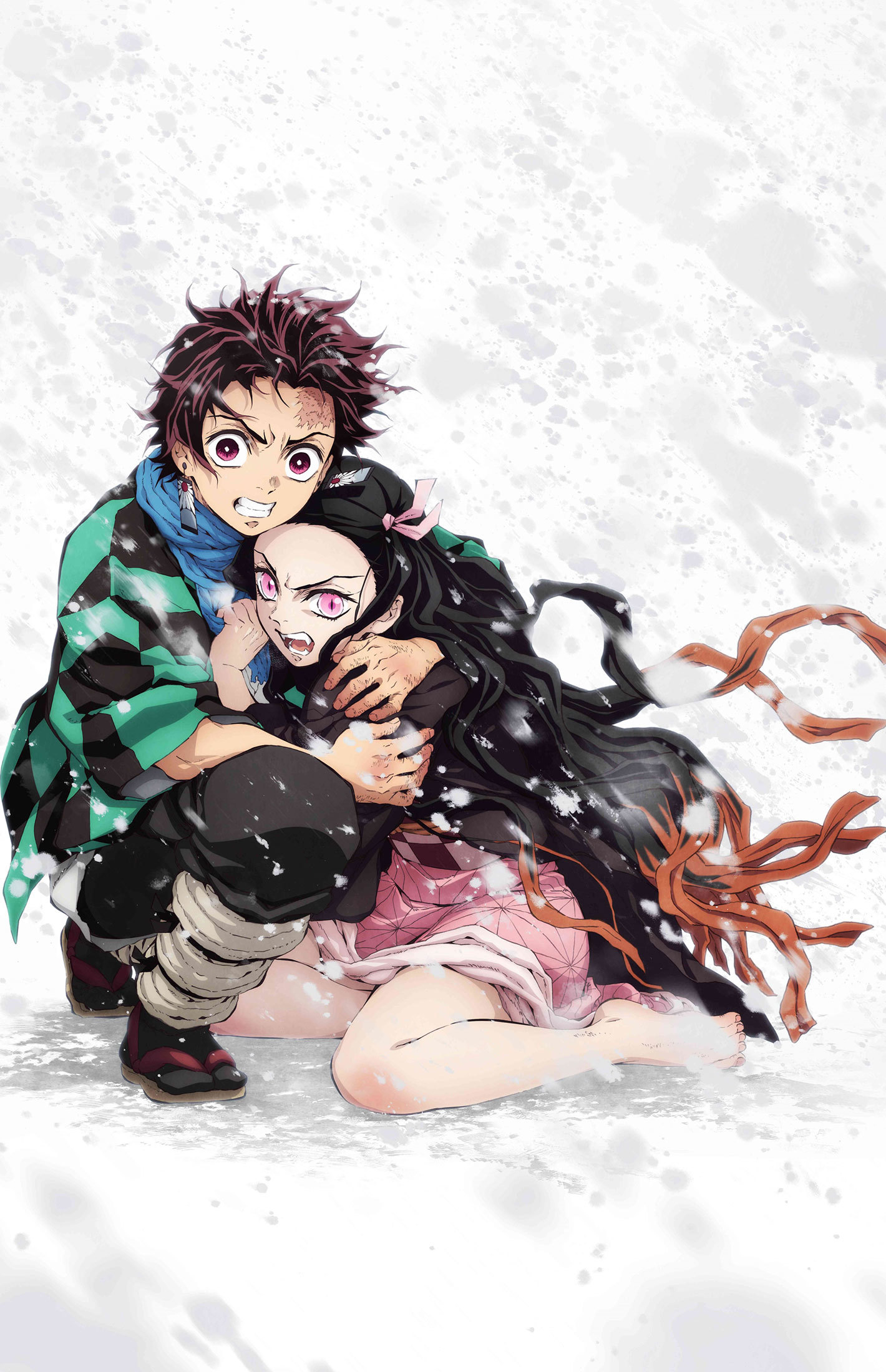 Just before the series premiered in April 2019, it was also revealed that popular singer LiSA — who was then mostly known for her work on the Sword Art Online openings, including the wildly popular theme to the Ordinal Scale anime film “Catch the Moment” — would be singing the opening theme for the series, with the first preview of the song at Anime Japan that year. LiSA went on to have a solo concert at the Yokohama Arena on the last days of the Heisei era in April 2019, selling out the 17,000 capacity hall.

Music can be a huge element in propelling the popularity of a series in Japan. Some of the biggest anime over the last decade was supported by their opening and ending themes, which kept the anime in people’s minds. Demon Slayer’s opening theme “Gurenge” became such a hit in its own right that it dragged the rest of the series along with it. This formula worked to bring Your Name to the forefront of Japanese pop culture in 2016 — you couldn’t go anywhere in Tokyo without hearing Radwimps. And the double whammy of “Gurenge” and “Homura” (the theme for Demon Slayer: Mugen Train) has helped the series achieve even more success.

Rounding out the series was the star-studded voice cast who all have their own fan bases. Voicing Tanjiro is Natsuki Hanae, who was best known at the time for Ken Kaneki in Tokyo Ghoul; Zenitsu is voiced by Hiro Shimono, who voices Connie in Attack on Titan, and the boar himself Inosuke is voiced by Yoshitsugu Matsuoka, who voices Kirito in Sword Art Online. Nezuko’s voice actor Akari Kito, who largely played side characters up until her casting in Demon Slayer, would become a well-known name and go on to play many more lead roles after the series became popular.

On paper, the breadth of talent involved in Demon Slayer far exceeded that of just any TV anime series. The production committee, led by Aniplex, was banking hard on people giving the series a try before the first episode had even aired. And it worked.

Topping the Film Charts before the First Episode Even Aired

Demon Slayer: Mugen Train has topped the film charts since it first premiered on October 18, 2020, but it’s not the first time the series has been in theaters. Prior to the TV airing of the first episode on April 6, 2019, the first five episodes were shown in eleven theaters across Japan starting on March 29. The screenings were dubbed “The Bonds Between Brother and Sister” and topped the mini-theater rankings, with over 10,000 people going in just the first three days.

Ironically the press release from Aniplex announcing that the screenings were being extended in early 2019 said the “excitement for Demon Slayer is at its peak!” If those screenings were anything on the mountain of the popularity of Demon Slayer, they’d be right near the start of the trek. 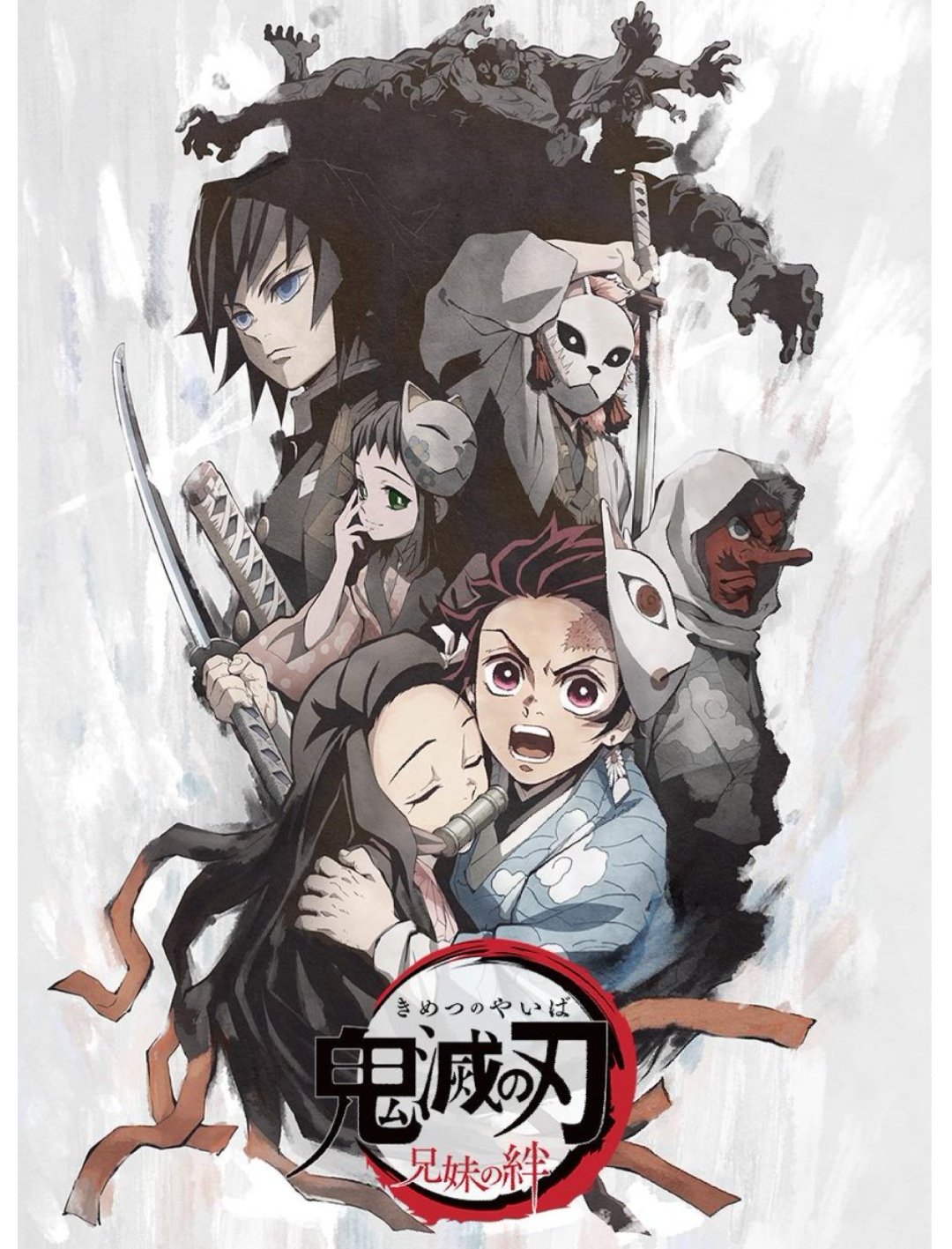 “The Bonds Between Brother and Sister” Visual

Due to the immense popularity, the two-week special screenings were then extended for another week at all eleven cinemas, which were coming in at Number 1 on the mini-theater rankings (for screenings in less than 30) for the two weeks it was originally scheduled for.

It’s no surprise then that just after these screenings had finished, and during the early broadcast of the anime on TV, that the production committee ordered the Mugen Train arc — which directly follows after the ending of the first season — to be produced as a film, according to industry sources.

Hiroyuki Nakano, the editor-in-chief of Weekly Shonen Jump, spoke to Nikkei Entertainment in the March 2020 issue of the magazine on the slow success of the manga series, explaining that “normally the number of sales of a series increases gradually during the broadcast, but the number of copies sold of Demon Slayer exploded when the broadcast ended.” Nakano alluded to streaming services helping the anime series escalate the popularity of the original series by giving people the accessibility of being able to catch up on the show the next day via services like Amazon Prime and Netflix, who streamed the show weekly in Japan. 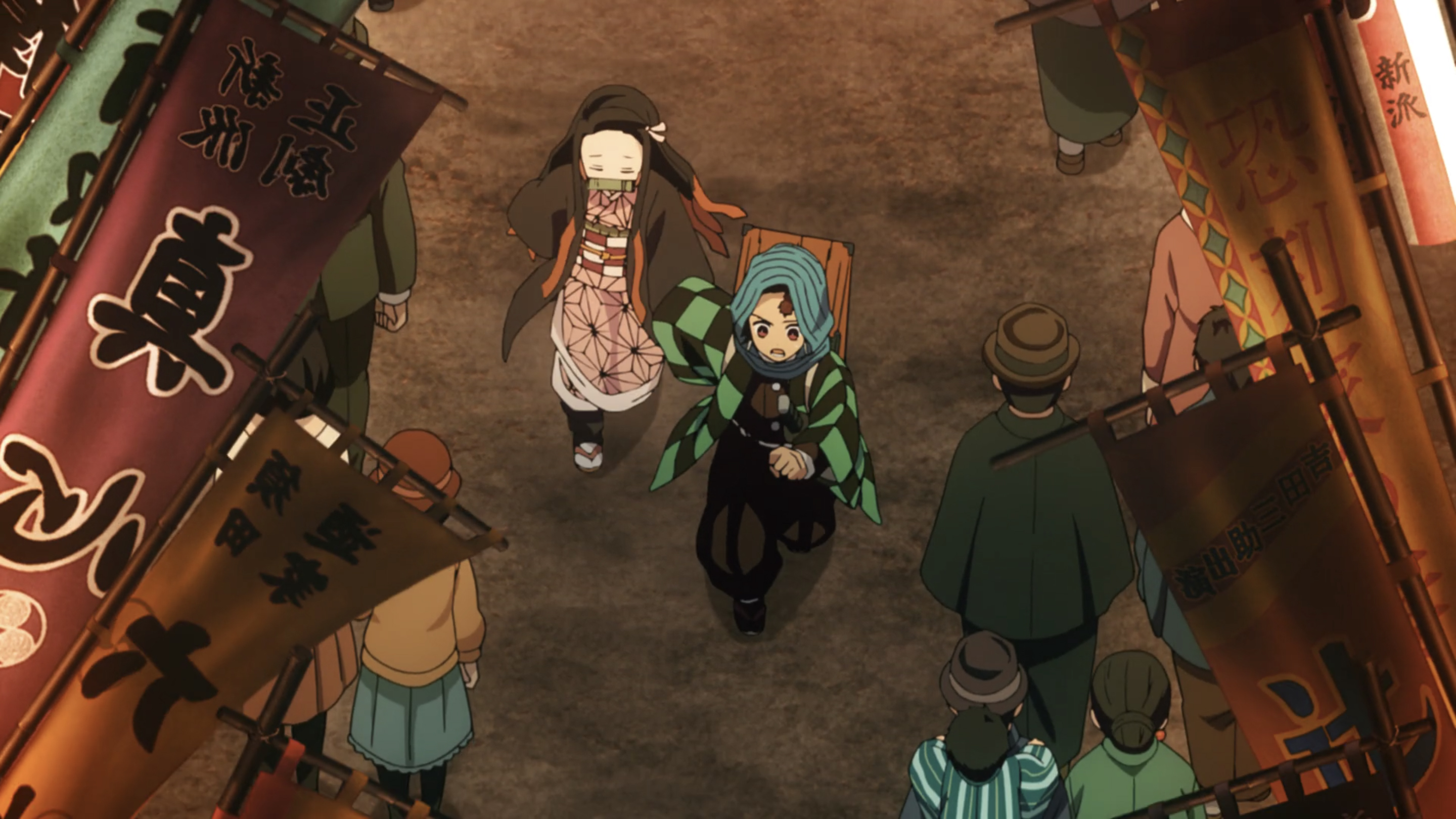 Gone are the days where an anime fan would have to record an episode of a late-night anime series because it aired early in the morning. With streaming services on the rise within Japan, that night’s episode of Demon Slayer could be watched the next day on the way to work or school, on the train, or on the toilet.

“I felt that the way people interacted with anime had changed and that we had entered a new phase,” Nakano explained, discussing how Demon Slayer’s rise in popularity was due to the evolving ways of media consumption.

This helped the series when the famous Episode 19 aired, blowing away all expectations of what an anime could do in animation. If Demon Slayer wasn’t already part of the modern anime zeitgeist, that one episode — which trended worldwide on Twitter after airing — propelled the series to the forefront by word-of-mouth. Inside Japan, people couldn’t help but talk about the latest episode of the series, treating it like prime-time event television in the same vein as Game of Thrones would have been in the west. 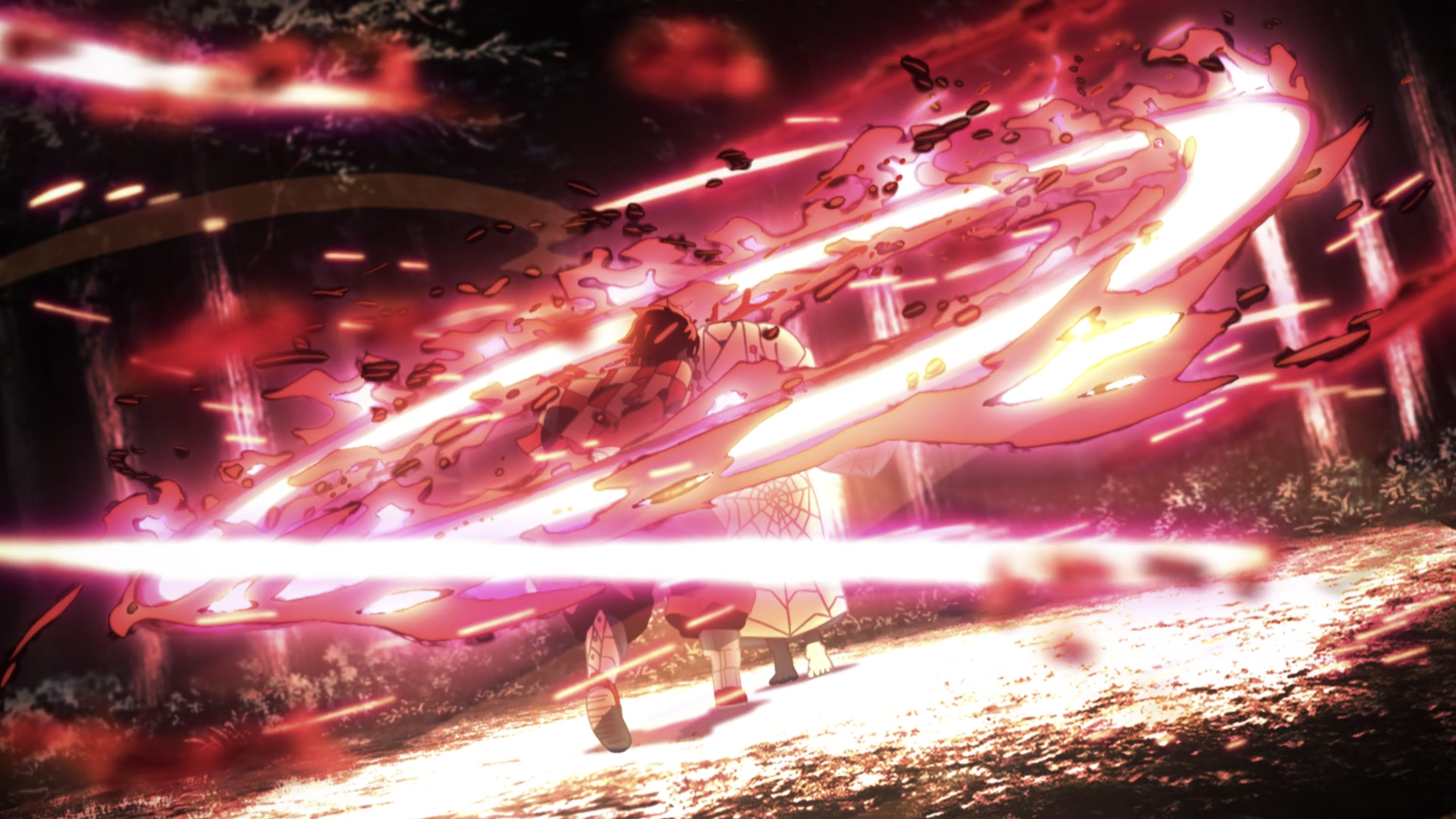 Demon Slayer’s success has also been well documented since the anime finished airing on September 28, 2019. The manga series has broken all records to become the most-sold series for a year, the Mugen Train sequel film is now the highest-grossing film of all time in Japan, and has given Japan the honor of being the third country to have a film reach US $300 million in a single market during its initial run.

Why Does Demon Slayer Resonate With Japanese Audiences?

How Demon Slayer became popular is one thing, but why did this one series, when many others have the same level of talent behind them, become the cultural phenomenon it is today? In December, Oricon released the results of a survey given to Japanese people on how well they know the series, and if so, why did they like it so much. 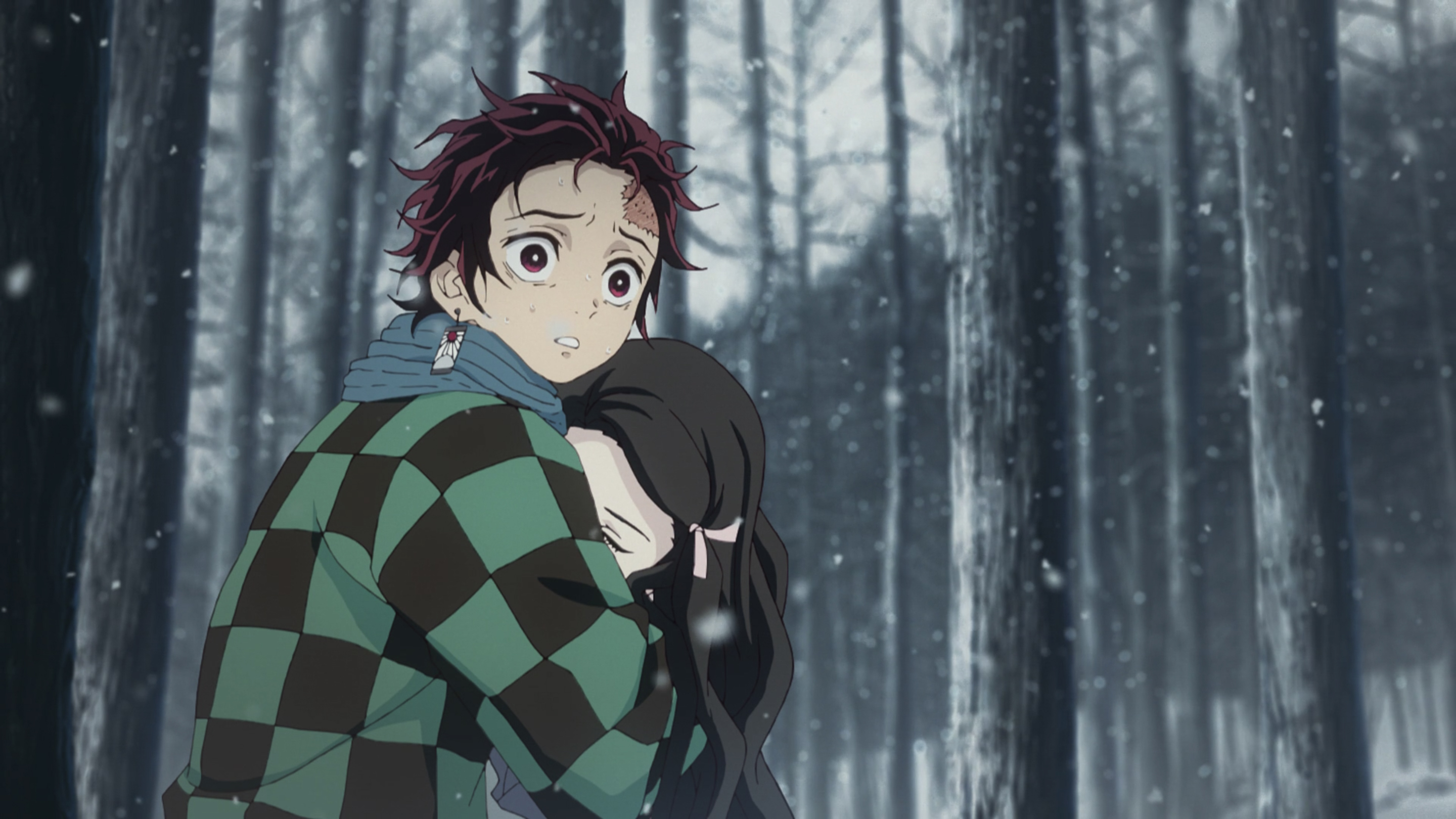 An astonishing 97.6 percent of the 3,848 respondents, who ranged from teens to the elderly, said they knew of the series, with 40.5 percent of people saying they knew it well. Of those who knew the series, they described how they liked the world setting and had sympathy for the characters. A male teenager said that he “was fascinated by the story of the main character growing up while struggling with various difficulties,” while a woman in her sixties enjoyed “the storytelling and LiSA‘s powerful voice.” A woman in her thirties remarked that she “never thought I’d be talking about anime at my age with my 60-something mother.”

All through the responses, Demon Slayer is bridging the divide between generations, with each generation taking something out of the story that Gotouge has crafted.

The top-notch action scenes and relatable characters draw in the younger crowd, while more middle-aged people get a kick out of the family bonds that weave throughout the story, and the aesthetic of the entire series gives older people a sense of nostalgia, also known as “Taisho romance,” but without it being overly melodramatic about the era. Even kids are going to the schoolyard to reproduce the breathing techniques seen in the series. Japanese Prime Minister Yoshihide Suga joined them when he made a cheeky reference to Demon Slayer’s breathing techniques while speaking to the DIET in November. 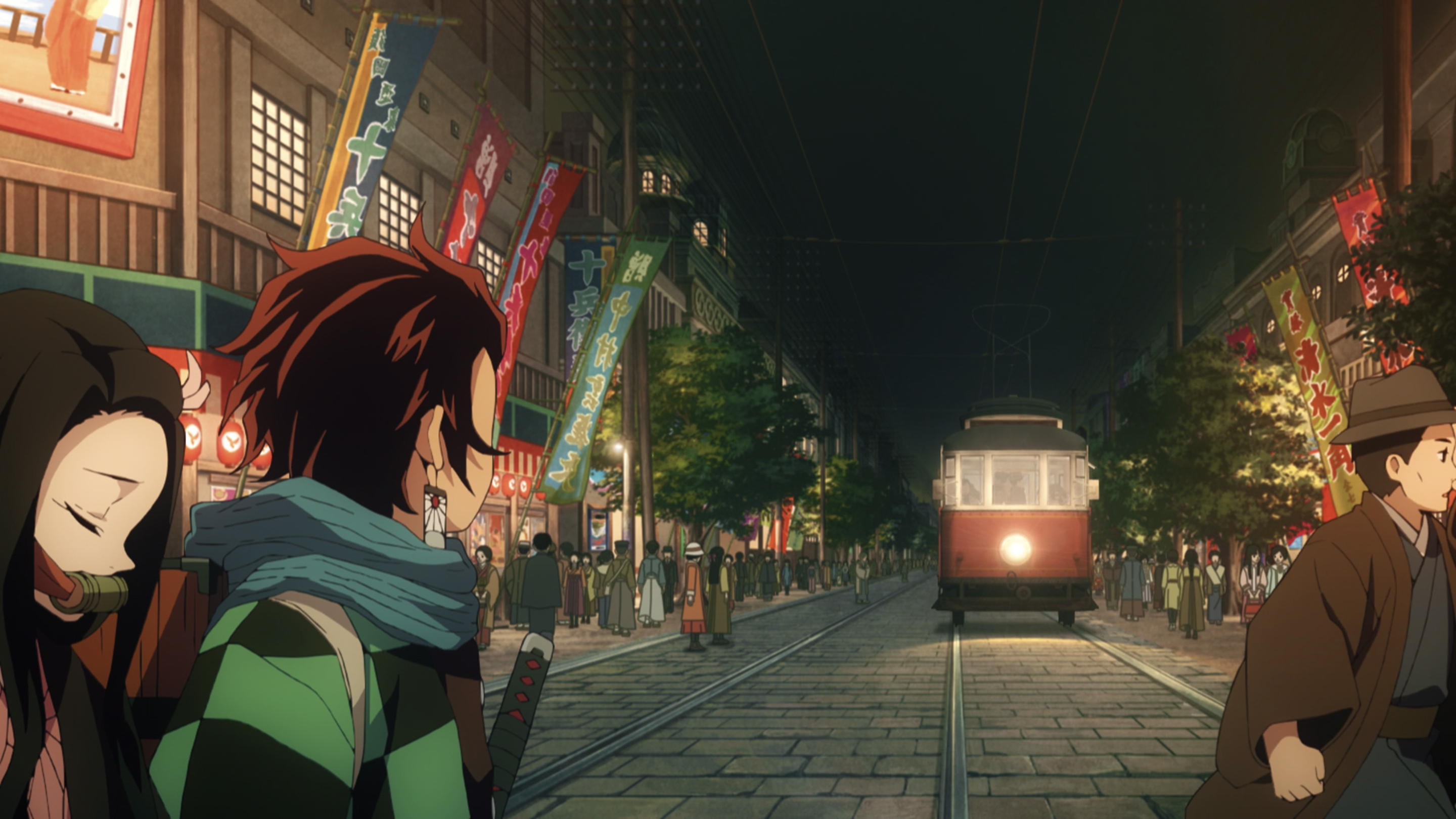 The accumulation of these points has made Demon Slayer a cultural touchstone, one that could only be born out of Japan. Even if the world wasn’t in the current state it is in, the Shonen Jump series would be just as big in its homeland, if not bigger, with more people going to the theaters and traveling to the areas that influenced the series.

Living in Japan at the moment means living in a world surrounded by Demon Slayer. From billboards promoting the film to masks people wear, you can’t go outside (not that people should be!) without having the series in your eyesight. And with how good the series is, and how many people are enjoying it, Demon Slayer: Kimetsu no Yaiba deserves its time in the sun. 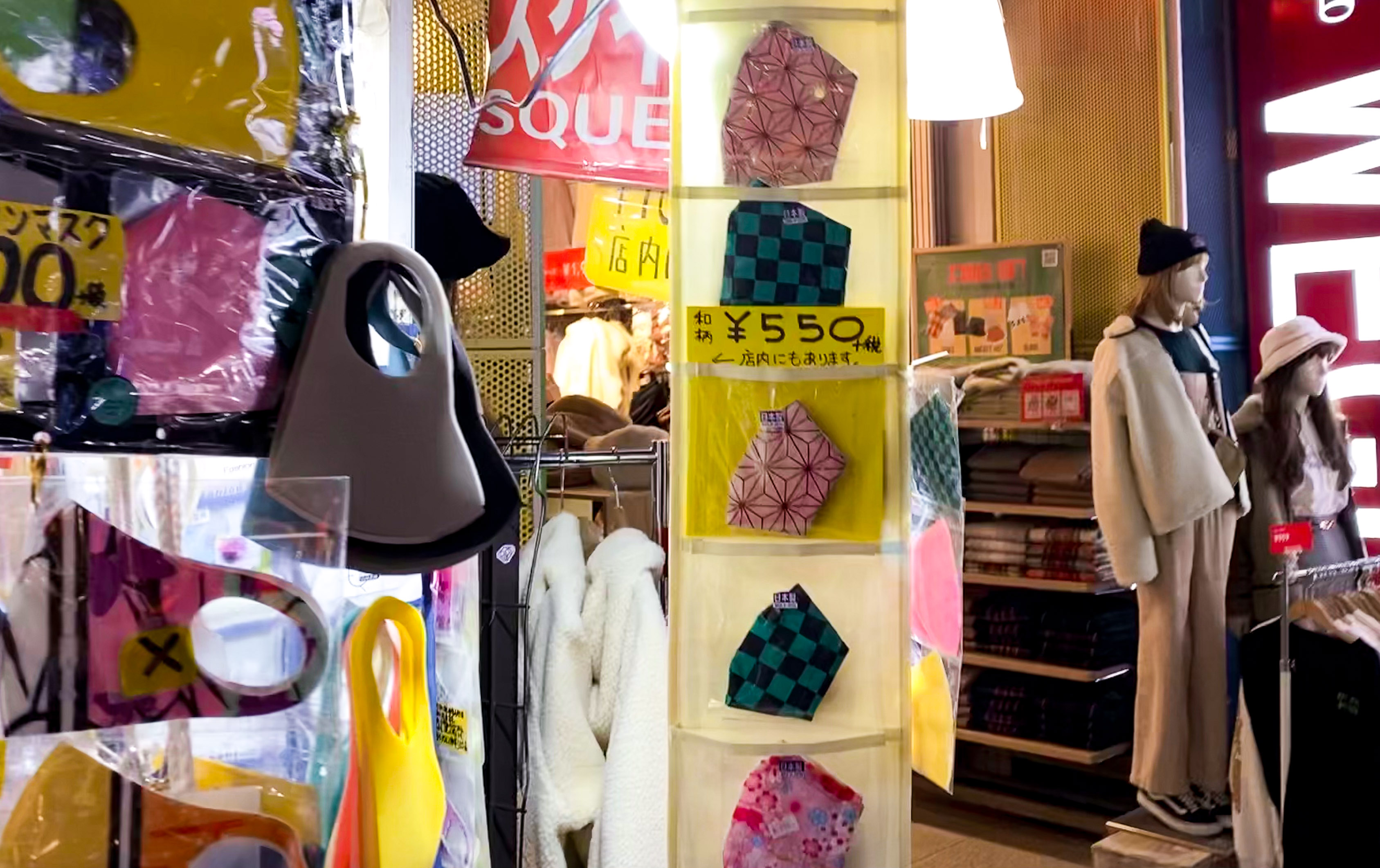