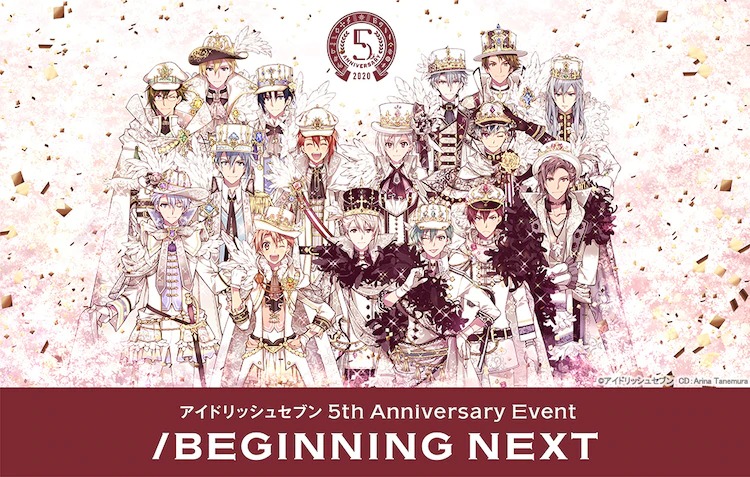 The IDOLiSH7 anime is preparing to take the stage again this year. During the series’ fifth anniversary event at Yokohama Arena, BEGINNING NEXT, IDOLiSH7 season three was announced to be two cours, with the first part set to kick off in 2021.

The main staff was also confirmed to return for the third season, including Makoto Bessho as director. Ayumi Sekine will once again provide series composition at anime production house TROYCA.

The IDOLiSH7 series is based on the smartphone game of the same name that first launched in Japan back in 2015 and features character designs by Arina Tanemura. Crunchyroll streamed the first two seasons of the anime adaptation as they aired and describes them like so:

A group of aspiring idols gather at Takanashi Productions and are entrusted with the company’s future. The seven men who have just met represent a variety of totally different personalities. However, they each have their own charm and possess unknown potential as idols. Forming a group, they take their first step together as “IDOLiSH7.” Their brilliantly shining dancing forms onstage eventually begin captivating the hearts of the people. In the glorious but sometimes harsh world of idols, they aim for the top with dreams in their hearts!