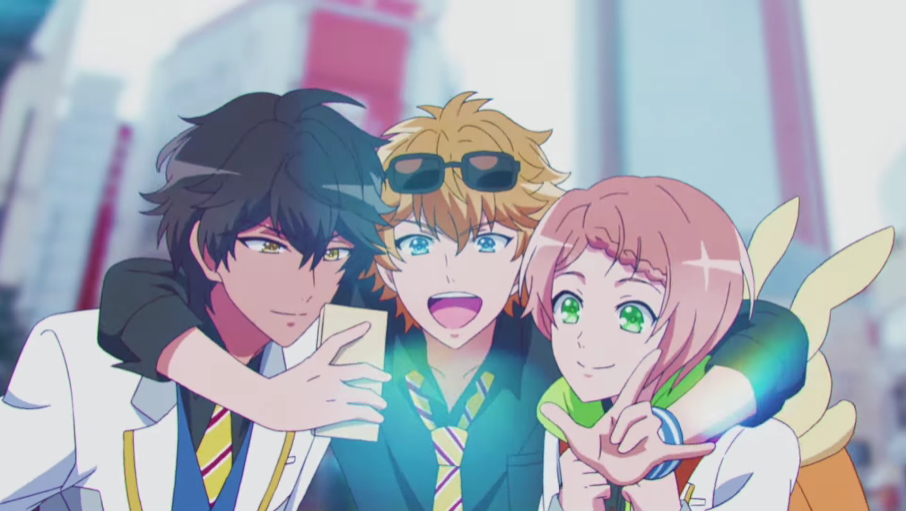 If you haven’t had your daily dose of sparkly idol boys, then I★CHU has got you covered, because now a non-credit version of the opening animation has been released for the TV anime based on the idol-raising smart phone game from Liber Entertainment. The video features the opening theme, entitled “Rainbow☆Harmony”, which is performed by I-Chu Leaders and which will be released as a single in Japan on February 24, 2021.

I★CHU is directed by Hitoshi Nanba and features animation production by Lay-duce. Crunchyroll is currently streaming the series as part of the Winter 2021 simulcast lineup, and it describes the story of the series as follows:

Youths aiming to become full-fledged idols enroll in the Étoile Vio School where the students are called are called IChu. But soon after they begin, Kuma Kocho gets them off to a rocky start with a single phrase…?! As they each work toward their individual goals, their activities as idols make the IChu begin to wonder… “What is an idol?” In their struggle to find an answer, the springtime of the IChu’s lives is whittled out in glittering moments and flashes of brilliance. Their story begins now!