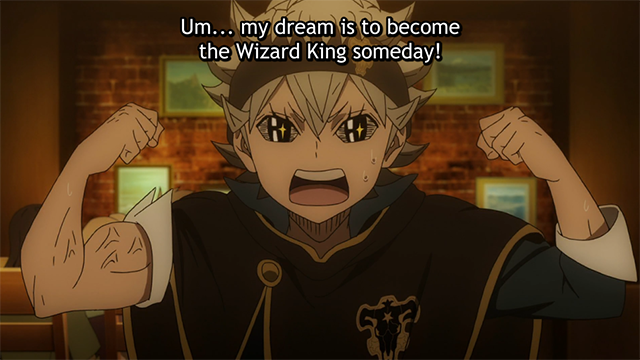 This article written by Peter Fobian was originally published December 20, 2018

Prepare your fans and breeze magic! We’ve got the latest on the two hottest bachelors in the Clover Kingdom as well as most likely candidates for the next Wizard King!

Now that Asta and Yuno have parted ways to join separate Knight Squads, they each have a ton of new people in their lives they’re working closely with. The two used to be very close; eating, sleeping, and even bathing together but now they’ve split to each focus on working toward their mutual goal that only one of them can grasp!

Who will fill the void left by each other’s absences? This news is so hot you’d swear you’ve just been shot through the heart by Fuegoleon Vermillion‘s Leo Rugiens! 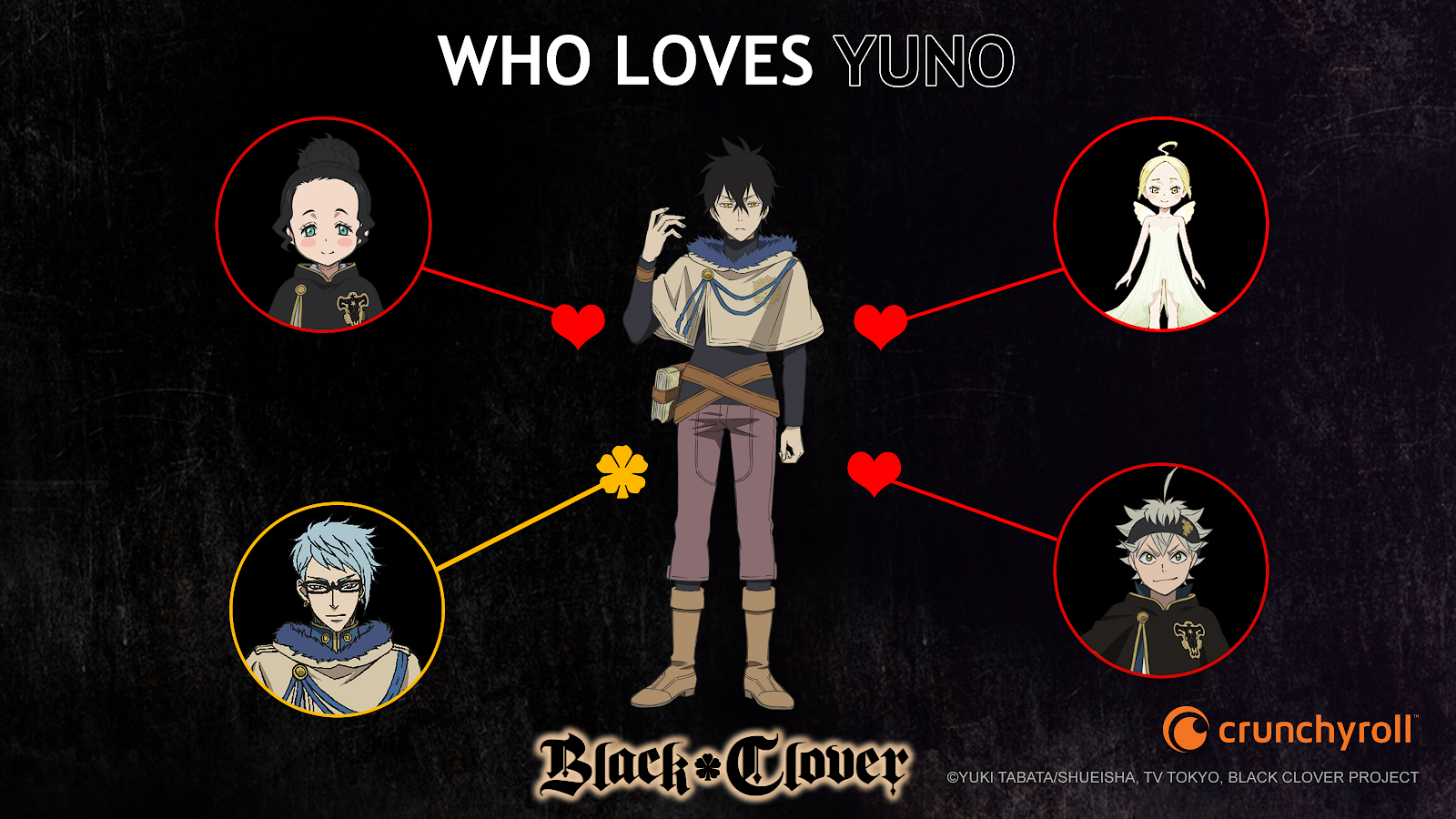 Although a recent chance meeting between Asta and Yuno showed the two are still very close, there have been a few new faces in Yuno’s orbit.

We have it from a reliable source that Yuno has been getting a number of deliveries of treats sent to his home address. He’s had a few recent “chance” encounters with one of the foremost experts on baked goods in the Clover Kingdom, the Black Bulls’ Charmy. Although officially present to defend the nation against foreign attacks, in their last two encounters they’ve been spotted bringing each other lunch. 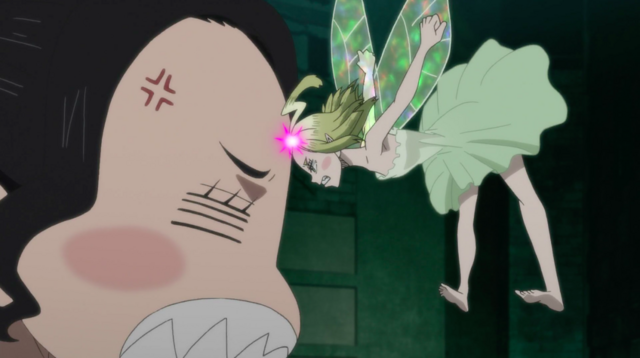 A new girl has been seen hanging off of Yuno’s shoulder recently. In fact, the mysterious Bell hasn’t made any public appearance without Yuno present. She seems pretty possessive of her new companion, making a public scene during Asta and Yuno’s recent reunion and even throwing hands when Charmy started making moves on her man. Although little known outside of her association with Yuno, Bell is definitely outspoken. During a recent altercation with some of the Diamond Kingdom’s biggest bachelors, those nearby report hearing her yelling “Yuno belongs to me!”

Another dark horse is emerging in the chase after Yuno. Although not hanging off Yuno’s arm, the Golden Dawn’s Klaus has been seen in proximity to our windswept charmer. We’re not sure what the official relation between the two could be, perhaps a secretary? Klaus certainly has that look. Despite vocal criticism of some of Yuno’s recreational activities, witnesses have seen him sneaking approving glances Yuno’s way. We have at least one witness who claims to have spotted the two together on a moonlit ride in Klaus’s chariot. If you think Yuno has got a lot going on, then prepare yourself for Asta! Despite his below-average height and lack of magic, he’s been making serious waves ever since he landed in the Black Bulls. After just a few short months he’s fending off interested parties with a sword!

Our biggest recent sighting placed Asta at the beach with one of the youngest heiresses to the Clover Kingdom’s wealthy Silva family, who was dressed to impress in a bejeweled bikini. As if that wasn’t enough, the two were even seen sneaking off at night together to enjoy a private performance from young up-and-coming magical pop idol Kahono! 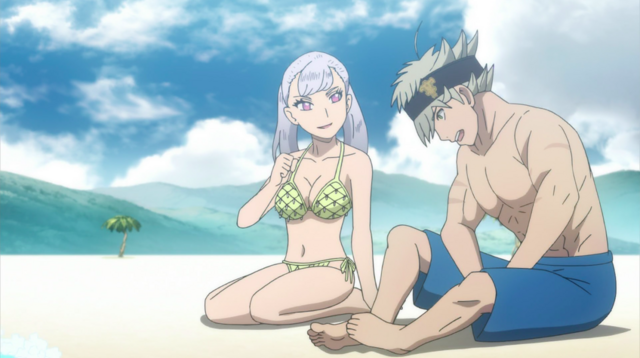 Noelle isn’t the only noble that’s been caught by Asta’s charm. The youngest daughter of the Silvas’ fiercest rivals, Mimosa Vermillion, is keeping up family tradition by vying for Noelle’s sweetheart. Her obligations to the Golden Dawn have kept her at a distance, Mimosa’s been making some bold moves whenever they chance upon one another. Is a young bachelorette bringing flowers to her amor traditional or progressive? You decide!

The two may have some competition, however. Asta recently hooked up with a mysterious new girl at a work mixer who we’ve identified as local private business owner, Rebecca. The two ducked out together early and shared a private moment in a nearby alley. Since then, Asta has made at least one visit to her home where he was seen playing with her siblings before spending the night!!! We obtained this photograph of what looks like a bit more than a friendly peck goodbye just before Asta left. Noelle has been seen nearby the pair on both occasions and, needless to say, she doesn’t look happy! 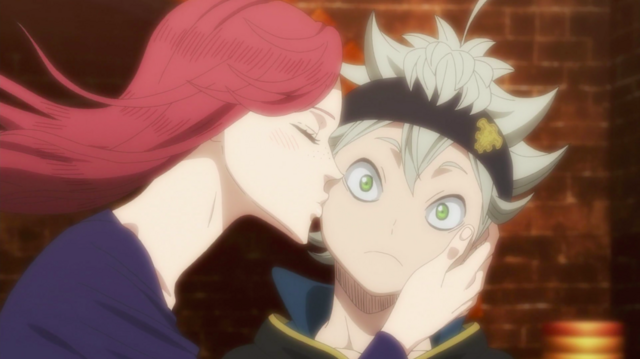 The aforementioned Klaus is either hedging his bets or just plain ambitious. In addition to covert activities with Yuno, Klaus has been making the most of his time during collaborations between the Golden Dawn and Black Bulls by boldly working his magic on Asta right in front of Yuno. We’d say he’s overreaching, but this could just be a play for attention with Yuno. A little jealousy can go a long way …

Our final dark horse is the Black Bulls’ Gordon, who’s been cleverly avoiding paparazzi while keeping a short leash on Asta. Although he missed the boat for the Black Bulls’ recent beach trip, he’s boasted being nearby their newest member at all times. It’s been difficult to get a soundbyte, but the other members of the Black Bulls have divulged that Gordon has been nonstop whispers about Asta since he joined. Maybe some juicy gossip?

Asta and Yuno are both keeping themselves pretty busy on and off the job, but it’s too early to say where, or if, they may make their nest. The two have always been fiercely competitive, but safe to say — at least for the time being — it looks like Asta’s winning! Be sure to check in next week for our follow-up story following two more magic knights! 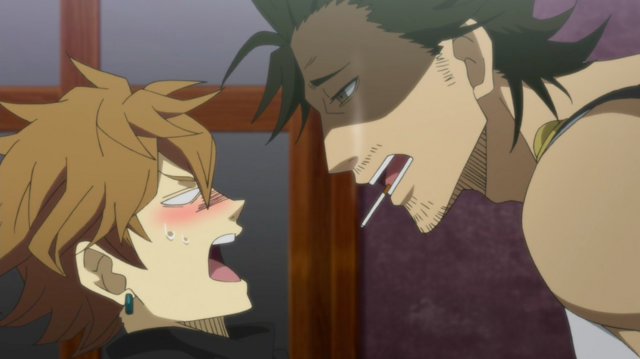 Peter Fobian is an Associate Producer at Crunchyroll, writer for Anime Academy and Anime in America, and an editor at Anime Feminist. You can follow him on Twitter @PeterFobian.