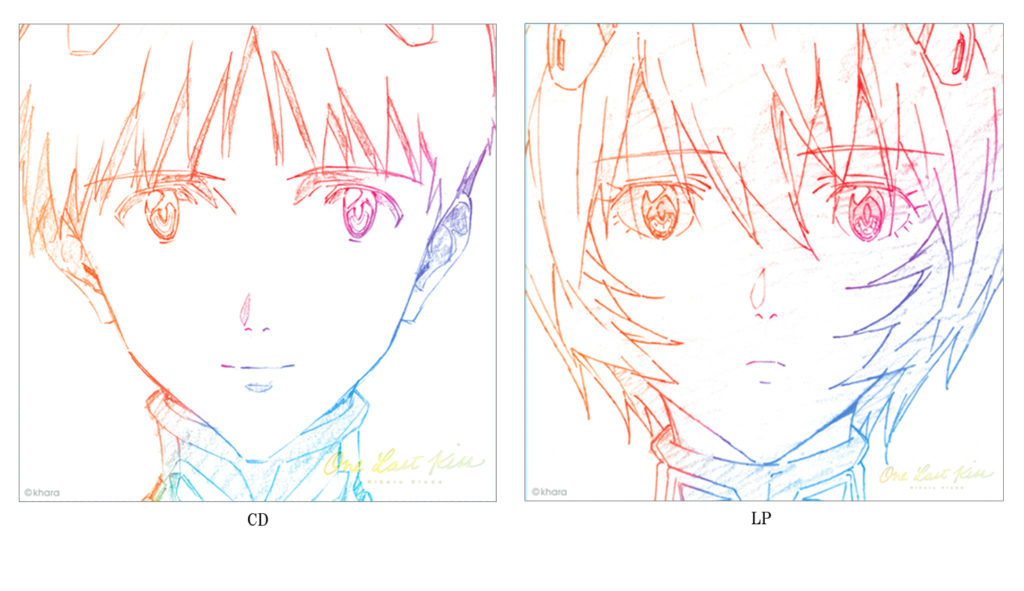 The angelic voice of Hikaru Utada is once again gracing the newest Evangelion anime film, Evangelion: 3.0+1.0 Thrice Upon a Time, the official website for the franchise announced today. Visuals (above) featuring the First Children and Third Children for the LP and the EP that feature the new theme song “One Last Kiss” were unveiled.

Evangelion: 3.0+1.0 Thrice Upon a Time, the final film in the Shin Evangelion franchise, was scheduled to be released earlier this year in cinemas in Japan but was postponed to January 23, 2021, due to COVID-19.