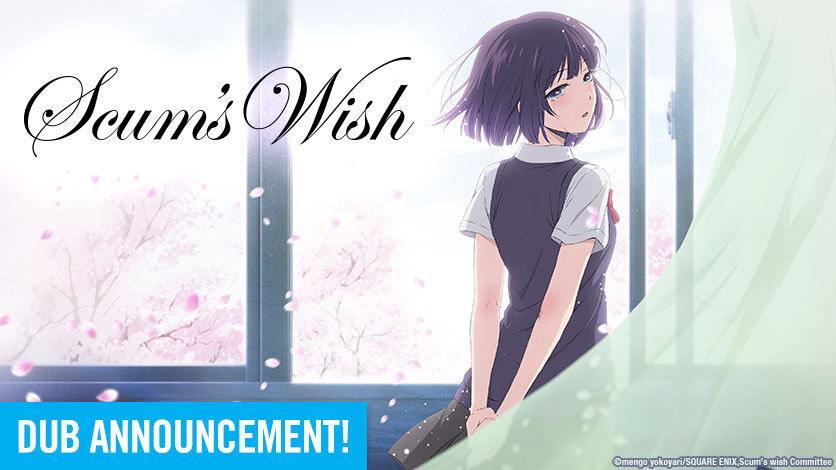 Anime streaming portal HiDive has announced that Scum’s Wish will debut on the service with both the English dub and subtitled version. The series will debut next Friday, Febrary 19th, with the complete English-subtitled series being made available at once and the first English-dubbed episode. The dubbed episodes will then be released on a weekly basis until complete. The series was previously available exclusively through the former Anime Strike partnership between Sentai Filmworks and Amazon.

[NEW] Scum’s Wish is coming to HIDIVE! And with a dub! Read more here: https://t.co/kAe9MPZ1Ub pic.twitter.com/YSgOLLscPJ

“To the outside world, Hanabi Yasuraoka and Mugi Awaya are the perfect couple. But in reality, they just share the same secret pain: they both are in love with other people they cannot be with. Hanabi has loved her childhood friend and neighbor Narumi Kanai for as long as she can remember, so she is elated to discover that he is her new homeroom teacher.”