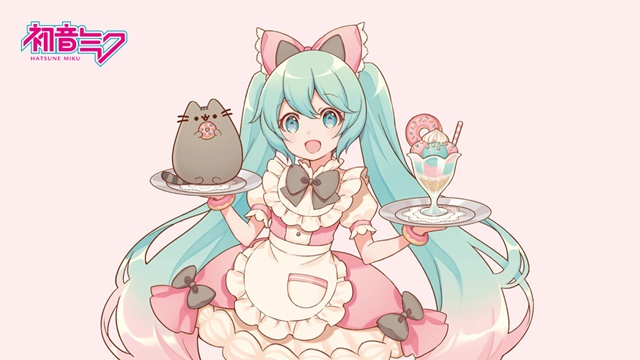 This is the second phase of “MikuWorldCollab,” a project to promote collaboration between Hatsune Miku and popular overseas IP (intellectual property). The character has been featured in its first phase revealed last month is Sukoburu Ugoku Usagi / Over Action Rabbit, a LINE stamp character that has been popular in Japan and South Korea.

Pusheen is a cat character created by Claire Belton and Andrew Duff in the U.S. in 2010, and increased its name recognition in 2013 when it began distributing stamps for use on Facebook. Pusheen’s character book, released in the same year, has been published in more than 12 languages and has gained worldwide popularity through a wide range of digital content and merchandise.

This adorable Miku and Pusheen’s first collaboration illustration is drawn by a Japanese illustrator Choke, and another illustration by the Pusheen team will also be released at a later date. Digital content distribution and merchandise rollout featuring those illustrations are planned for 2021. 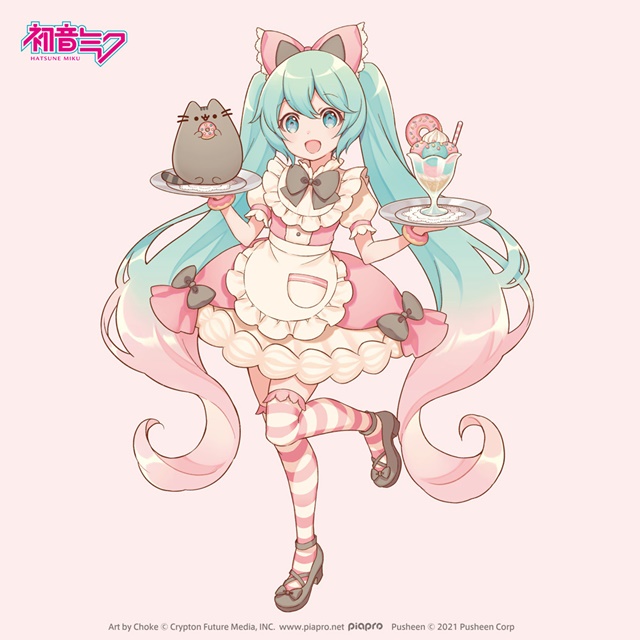 #MikuWorldCollab, the worldwide collaboration project between Hatsune Miku and popular IPs, presents its 2nd instalment, a collaboration with America-born beloved character @Pusheen ! This super-cute visual is by Choke. Goods and LINE stamps are coming up, so stay tuned for more! pic.twitter.com/lC8GzuF8O5

#MikuWorldCollab Hatsune Miku’s global collaboration series has started! Miku will collaborate with popular IPs all over the world. The 1st collaboration will be starting with “Over Action Rabbit“, an IP that is popular in Asia and was born in Kumamoto Japan! pic.twitter.com/CvKKSWDWki