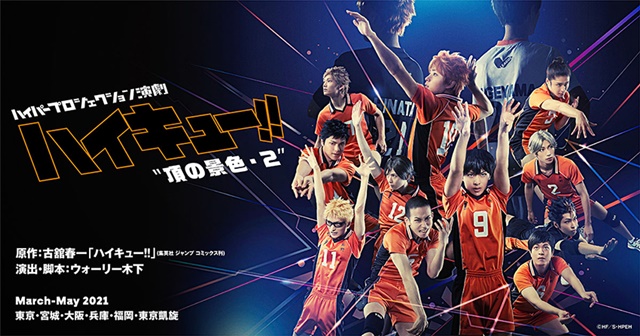 At the same time with the announcement at Jump Festa 2021 Online, the official website for the stage play adaptation of Haruichi Furudate’s volleyball-themed sports manga Haikyu!! confirmed today that its next 11th show titled “Hyper Projection Engeki Haikyu!! Itadaki no Keshiki (A View From the Top) 2 is slated for the spring of 2021. And it was announced that it will be the last show of the five-year-old stage play series.

The stage play project was launched in November 2015. It has performed more than 300 times across Japan and has become one of the most successful so-called “2.5-dimensional plays.” Its latest tenth show “Hyper Projection Engeki Haikyu!! Gomisuteba no Kessen (The Dumpster Battle) was performed from October 31 through December 13, 2020, in Tokyo, Osaka, Miyagi, and Fukuoka.

The subtitle “Itadaki no Keshiki (A View from The Top)” was originally used for the rerun of the first show in April-May 2016. The upcoming 11th show “Itadaki no Keshiki 2” will focus on the match between Karsuno High and Kamomedai High, which is held on the third day of the Spring Interhigh Tournament after the match between Karasuno High and Nekoma High in the tenth show. 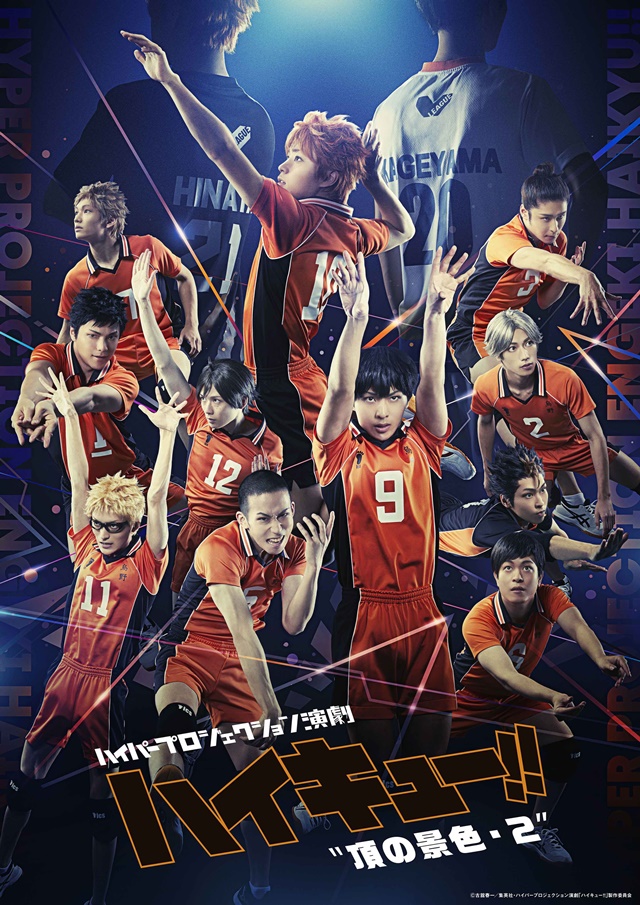