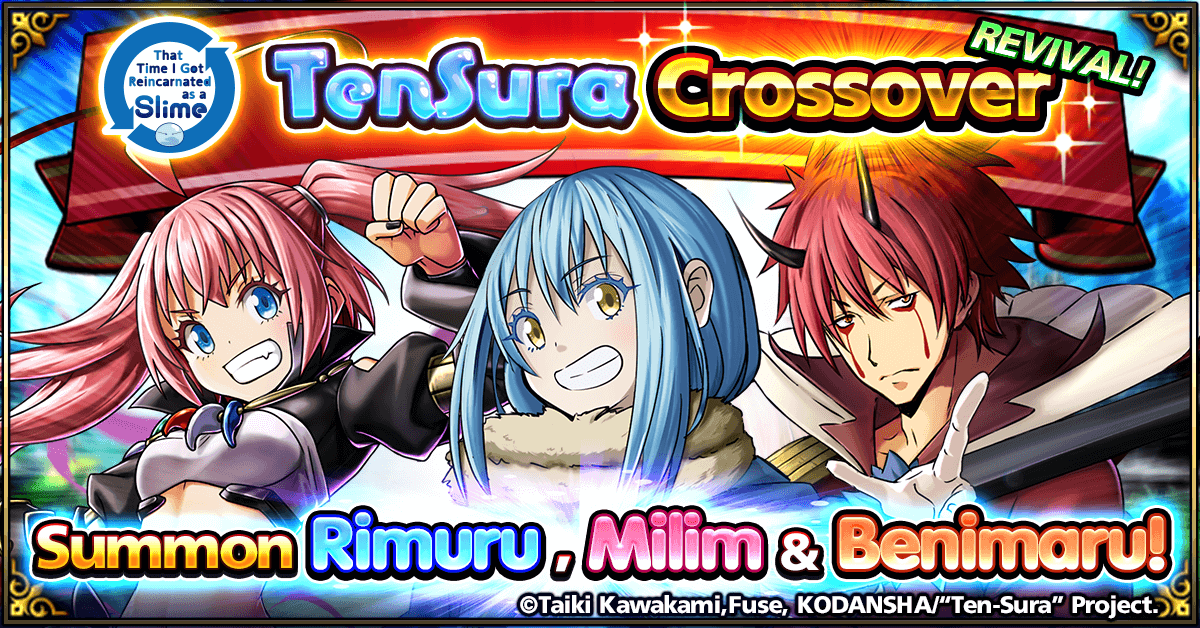 It’s Slime Time once again in GRAND SUMMONERS, which is officially kicking off a new collaboration with That Time I Got Reincarnated as a Slime! This time around players can look forward to powered-up units and a bunch of new content, so read on for all the details.

The new Slime collab will let players complete their Slime collection with three types of Slime units between January 29 and March 4. These powered-up units include Rimuru, Milim, and Benimaru, and they’ll be followed by special holiday-themed versions on February 9 and New Year’s Units on February 18. All in all there will be four Slime events during the crossover, starting with a revival of the first two-part original crossover. 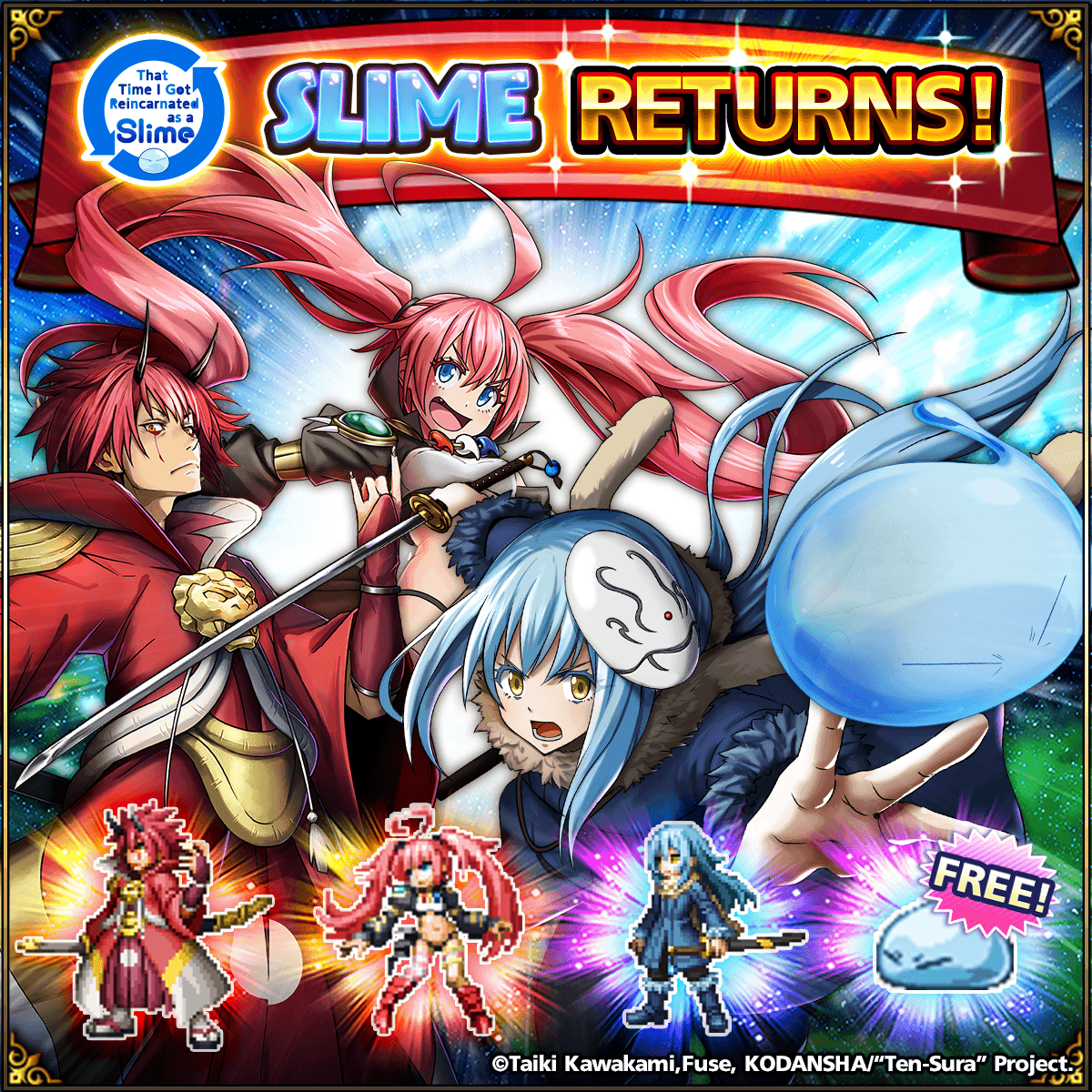 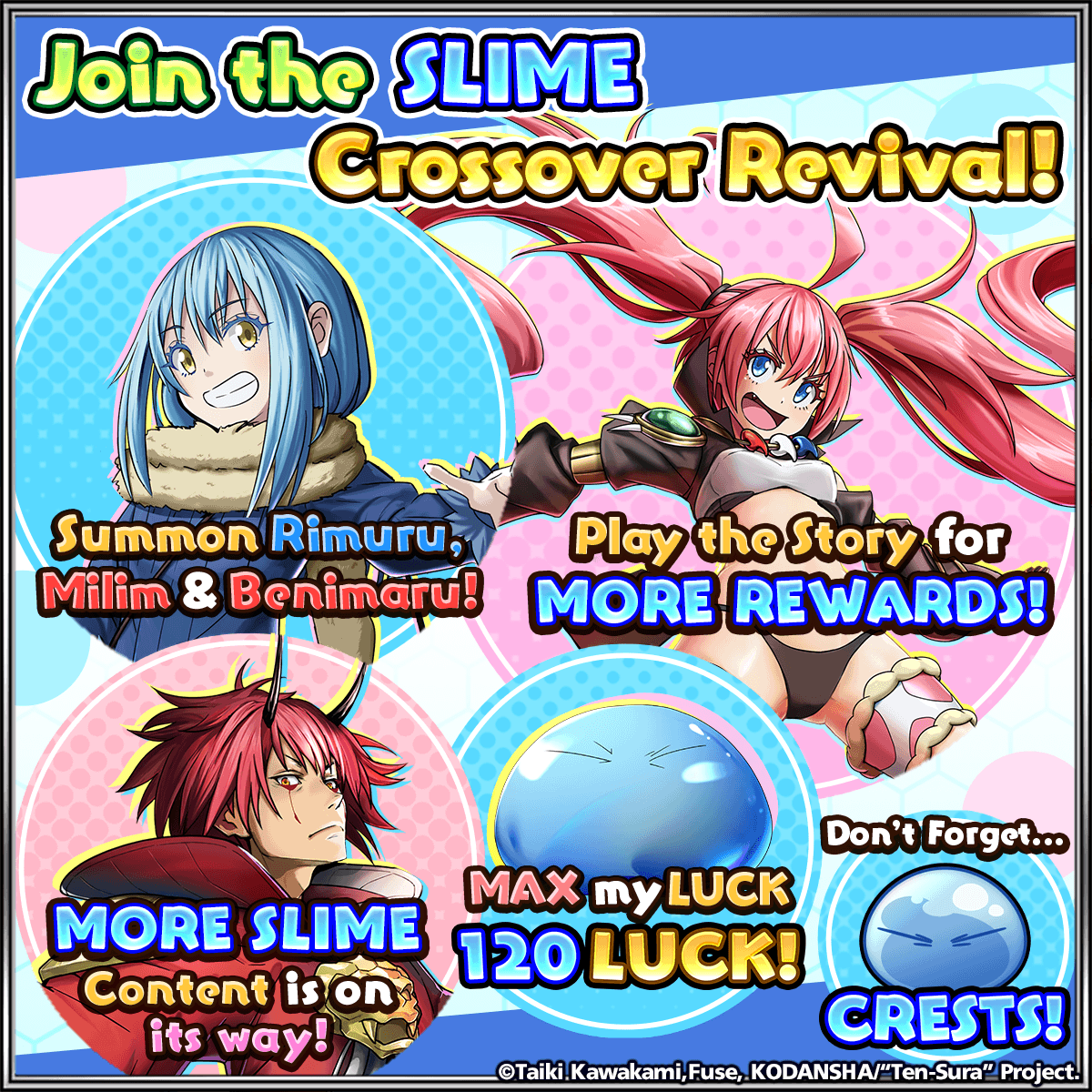 Best of all, the anime voice cast has provided all-new voiceovers, including Miho Okasaki as Rimuru, Rina Hidaka as Milim, Makoto Furukawa as Benimaru, and M・A・O as Shion. 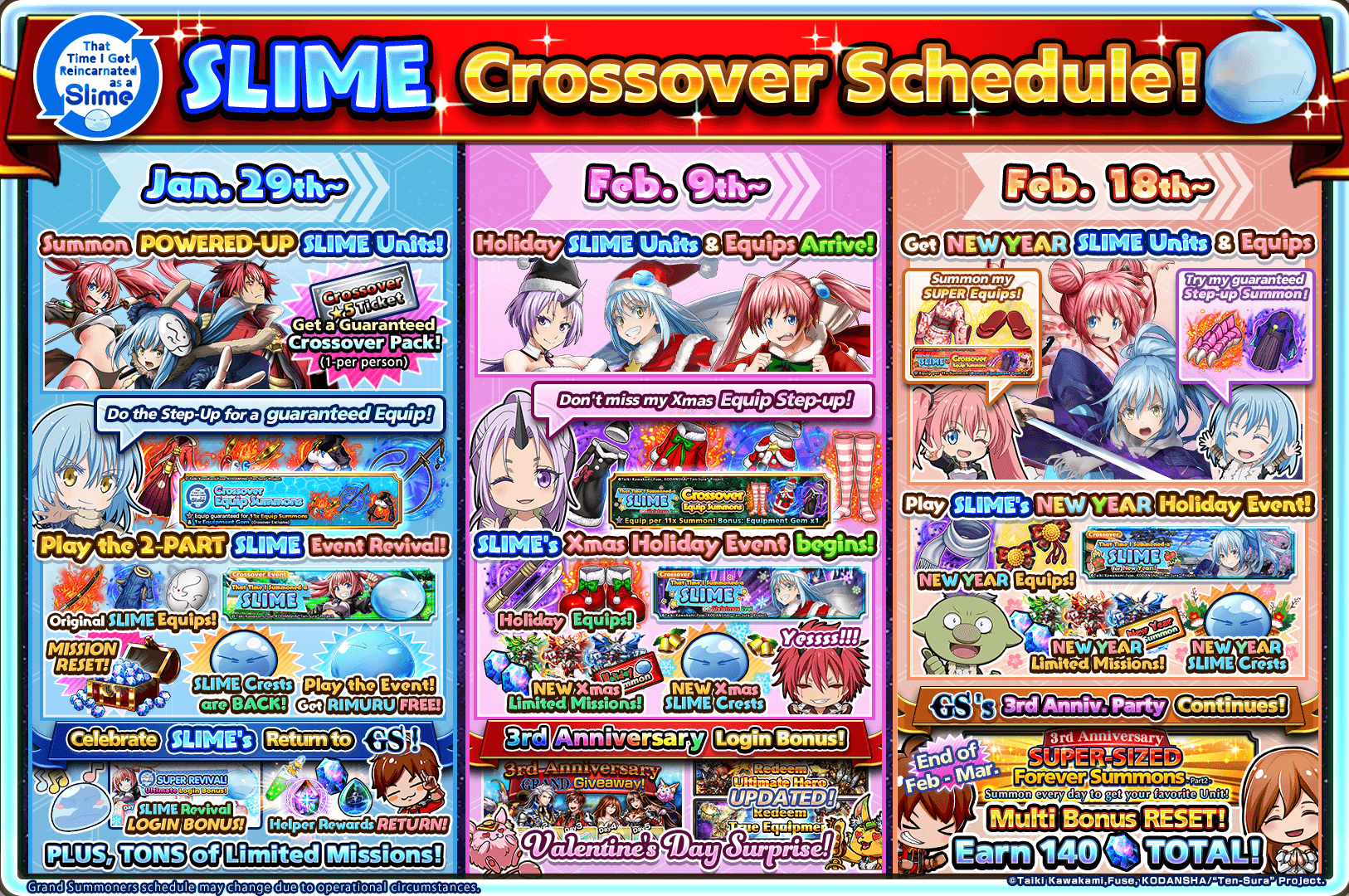 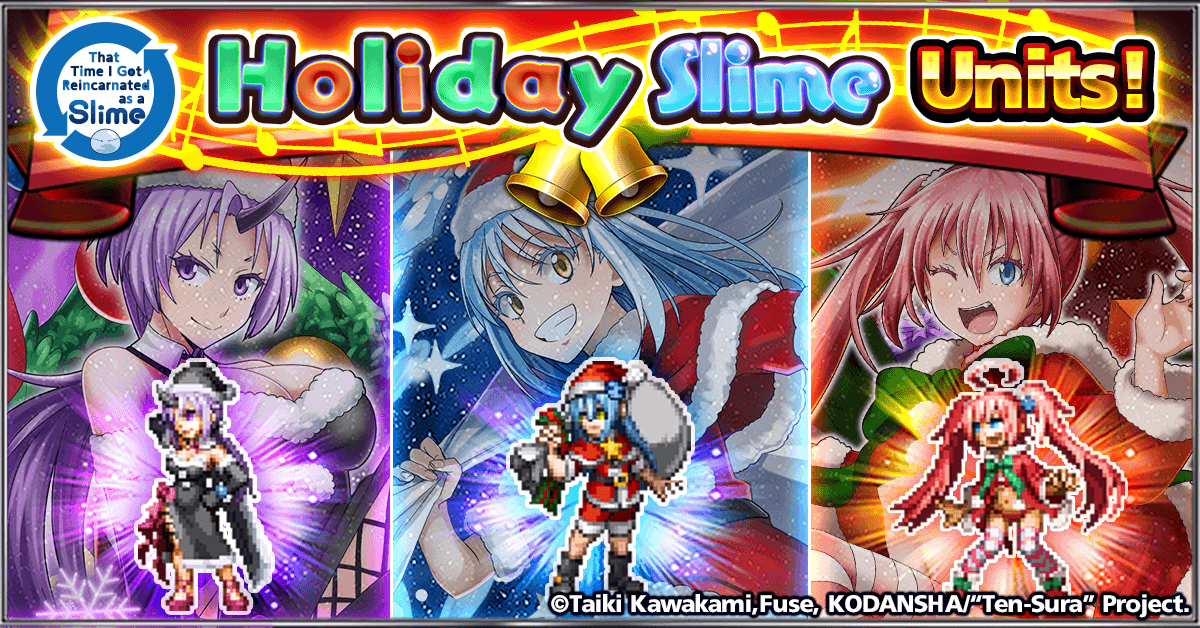 Here’s a closer look at the awesome artwork for the Holiday and New Year’s units: 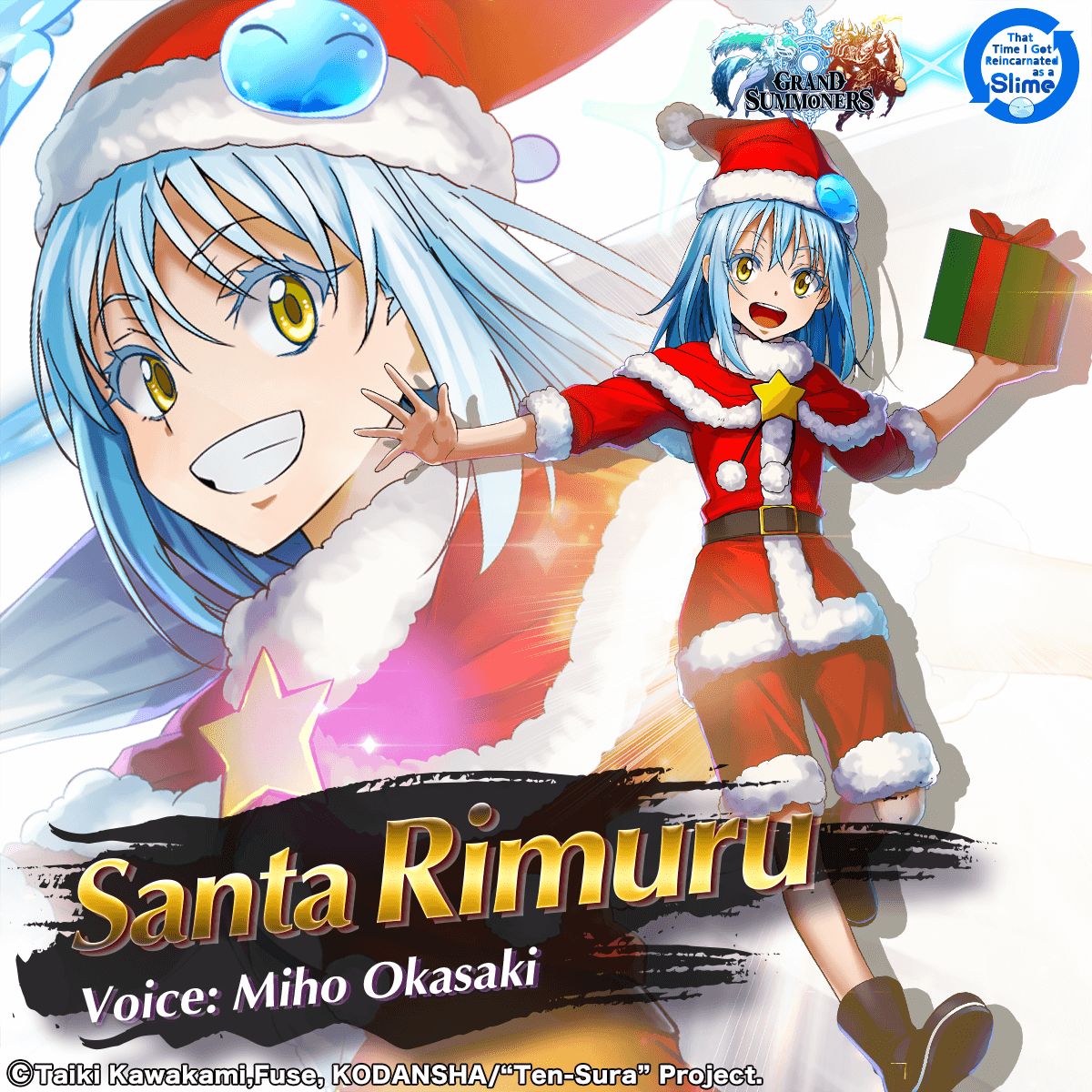 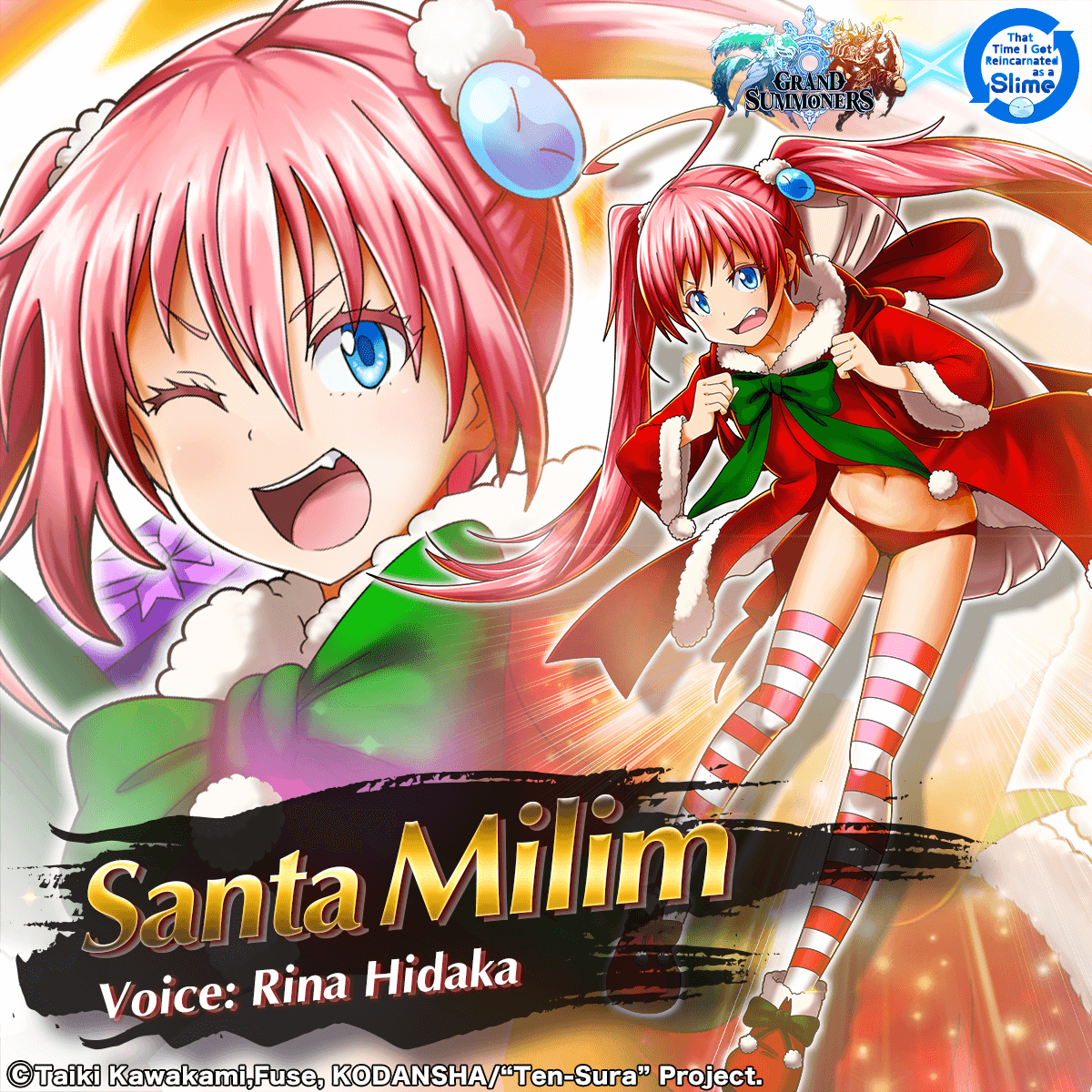 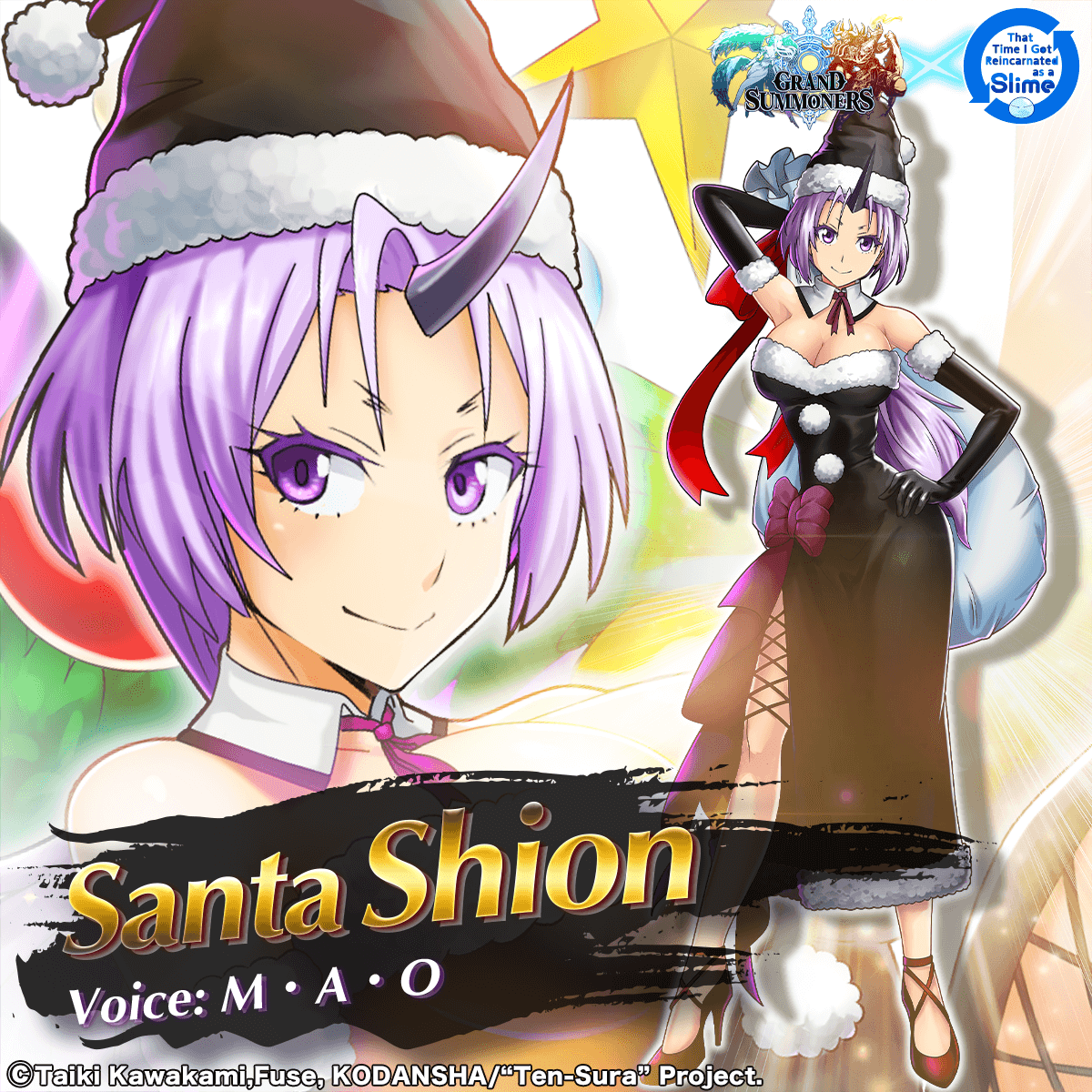 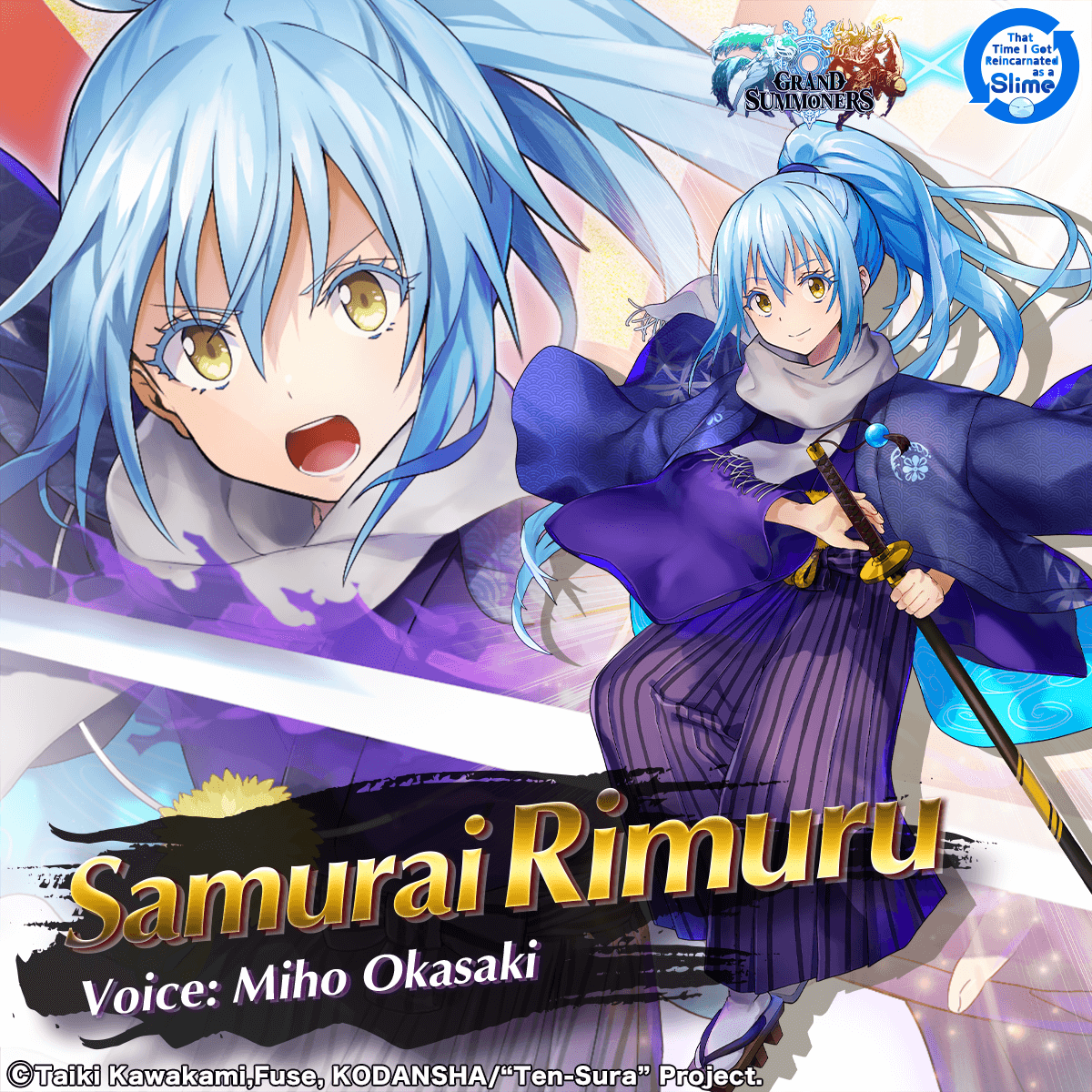 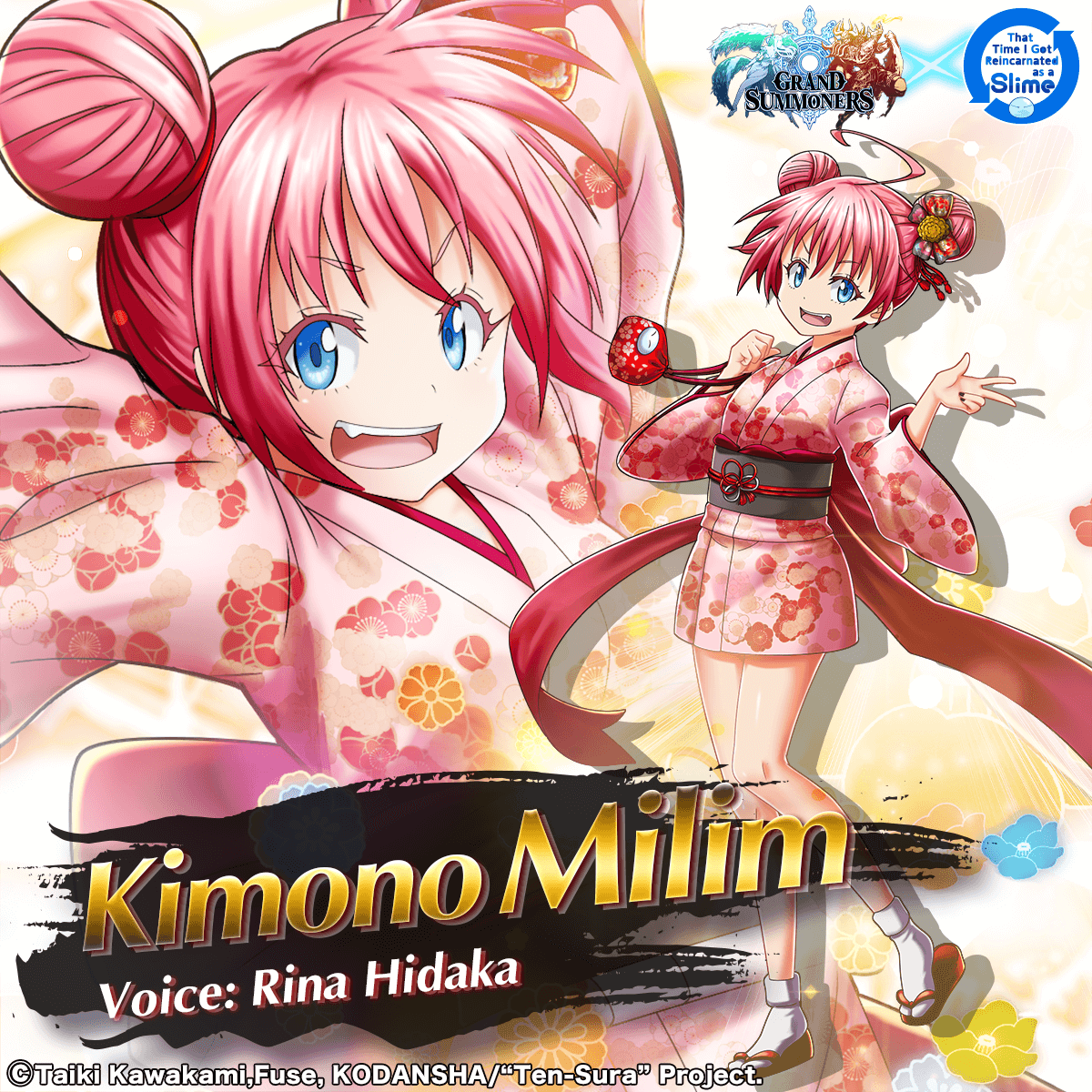 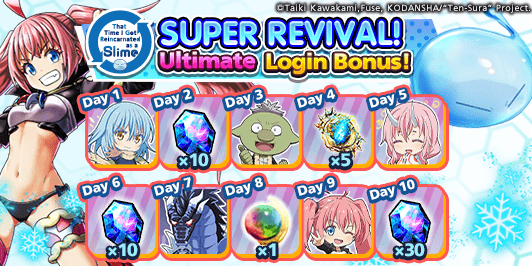 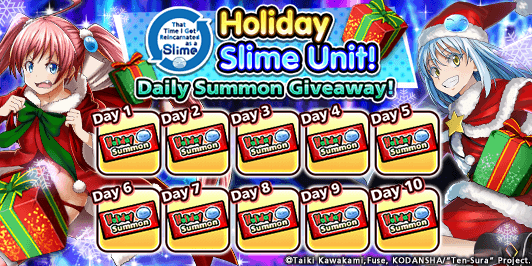 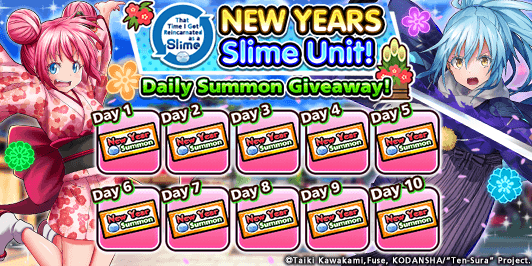 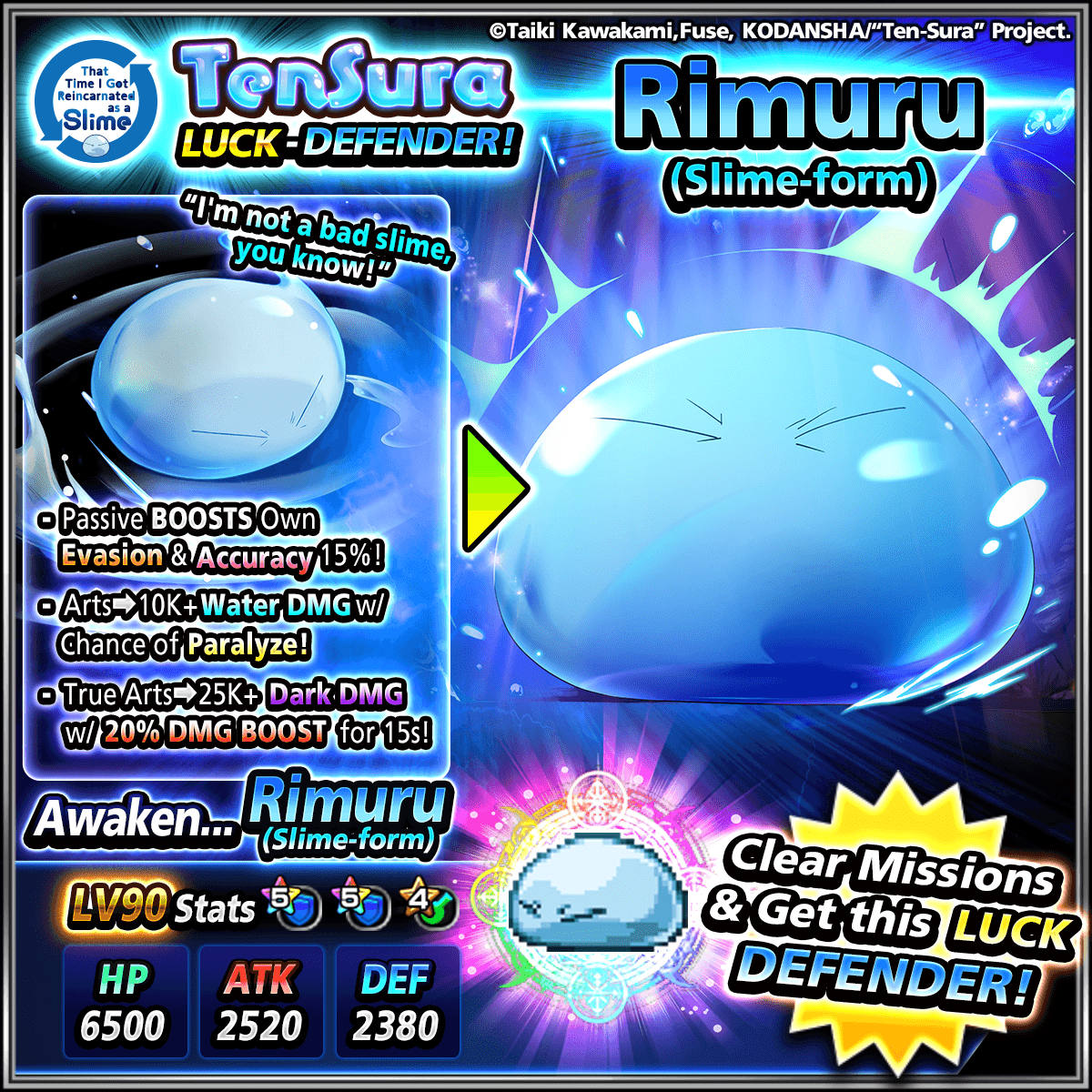 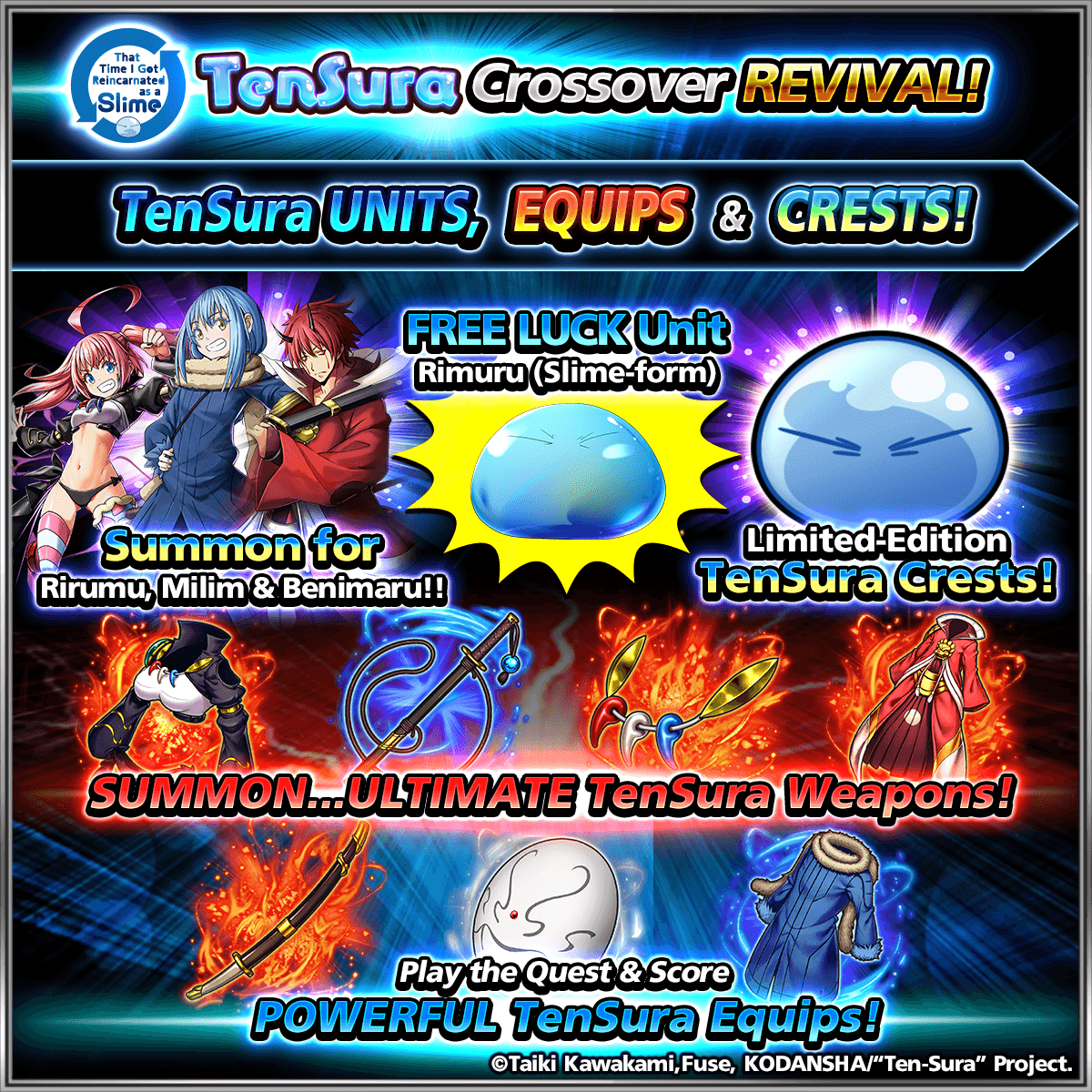 And the ability to ge Crystals with new Player Assist Systems:

And, of course, the event wouldn’t be complete without adorable Slime Chat Stickers. Log in and trade event items during the event quest to complete the collection of key Slime moments in sticker form with Rimuru, Milim, Benimaru, Shion, Shuna, and Gobta. 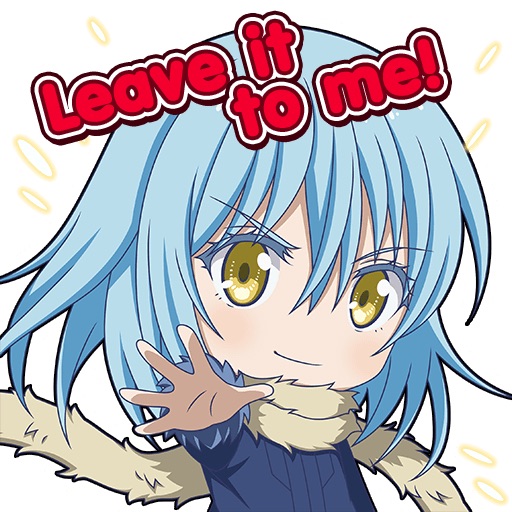 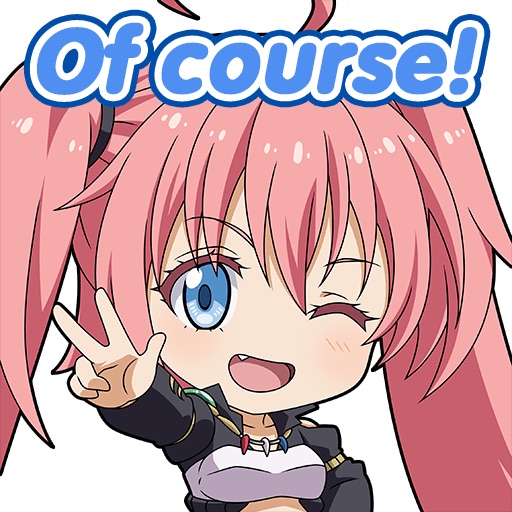 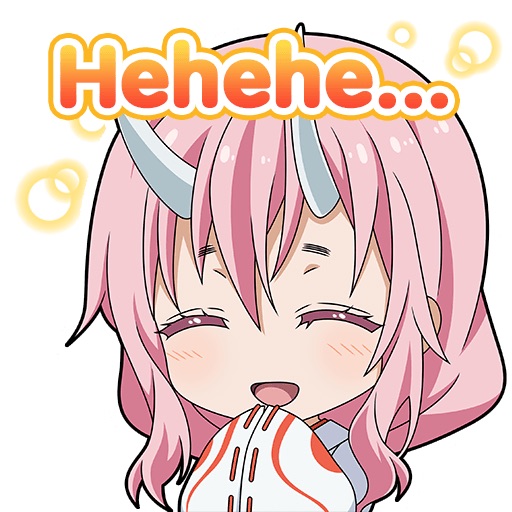 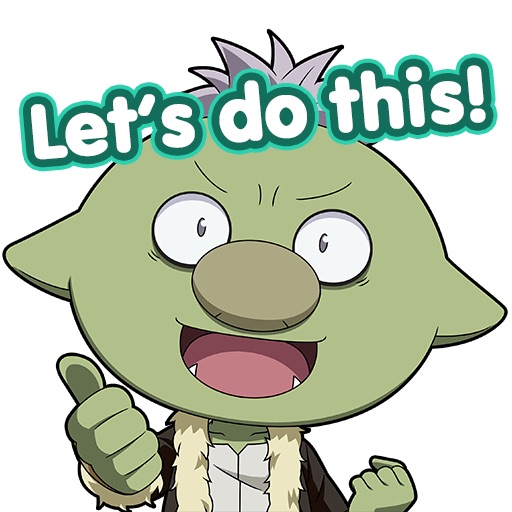 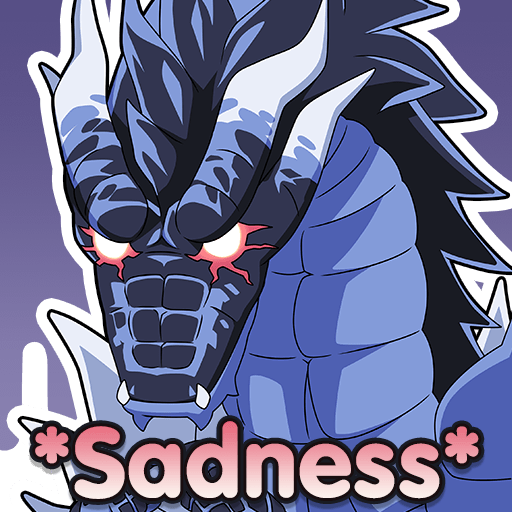