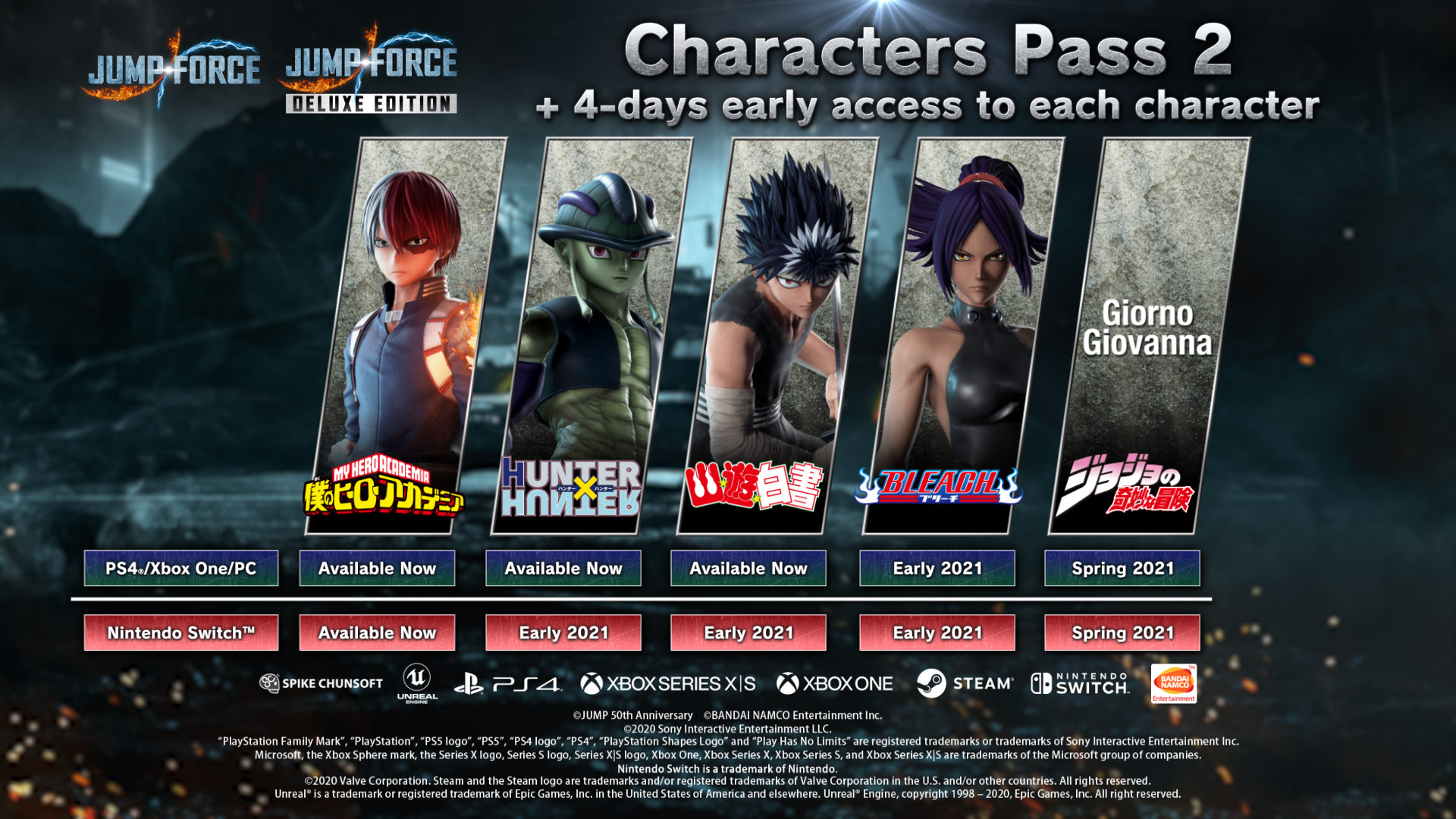 The fifth and final addition to Jump Force‘s Characters Pass 2 is officially on the way soon. Bandai Namco and Spike Chunsoft announced plans to toss Giorno Giovanna from JoJo’s Bizarre Adventure: Golden Wind into the mix this spring, when he’ll be available individually for $3.99 or as part of the $17.99 pass.

Other characters featured in this set include the currently available Shoto Todoroki, Meruem, and Hiei, as well as Yoruichi from Bleach, who was previously announced for “early 2021.”