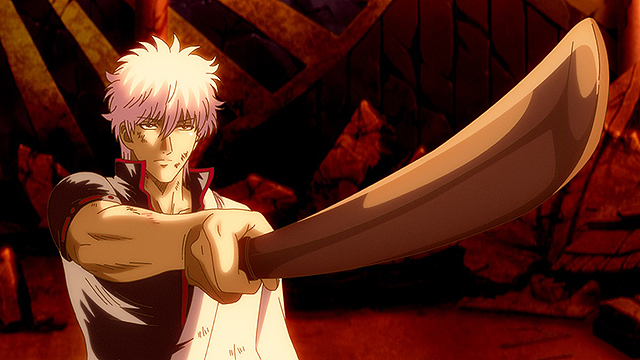 More fun is added to the theatergoers. The official website for Gintama THE FINAL announced today that audio commentaries by the film’s six main voice cast members will be available in theaters across from January 22. You can listen to the audio commentaries by downloading the “HELLO MOVIE!” app to your smartphone and use earphones during the screening.

The six members are Tomokazu Sugita (Gintoki Sakata), Daisuke Sakaguchi (Shinpachi Shimura), Rie Kugimiya (Kagura), Susumu Chiba (Isao Kondo), Kazuya Nakai (Toshiro Hijikata), and Kenichi Suzumura (Sougo Okita). They will talk about the charms of the characters they are playing, their favorite characters in the Gintama franchise, memorable episodes from the past series, and memories of difficult recording sessions.

Also, the answers to a preliminary questionnaire about Gintama for the 26 cast members and staff, including Akira Ishida (Kotaro Katsura), Takehito Koyasu (Shinsuke Takasugi), Koichi Yamadera (Shoyo Yoshida/Utsuro), Satoshi Hino (Kamui), Fumihiko Tachiki (Taizo Hasegawa aka “Madao”), and others, will be revealed.

To celebrate the No.1 debut, the film’s official website has also posted a special clip titled “A Lecture for The Right Way to Enjoy ‘Gintama THE FINAL.’