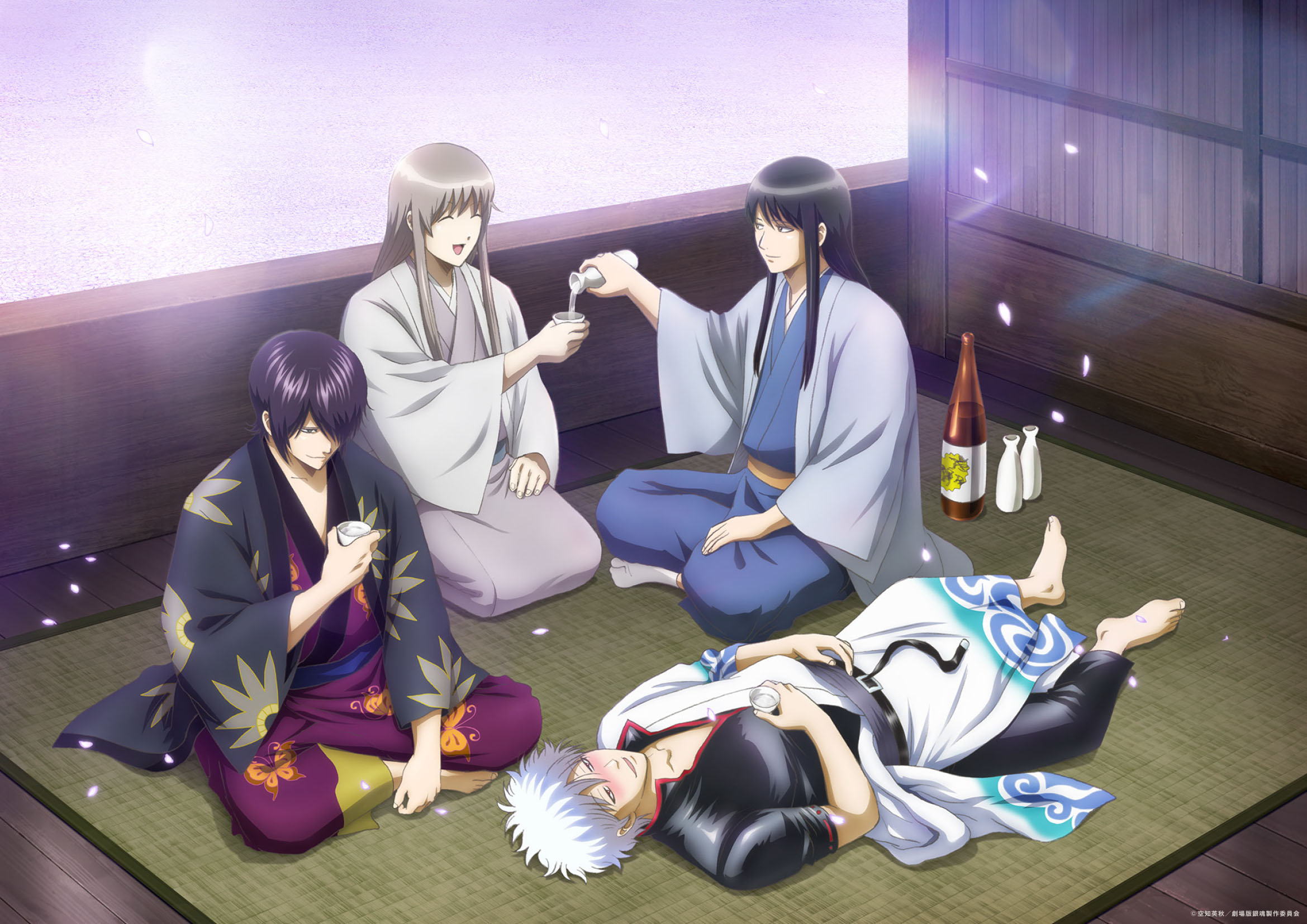 The “final” follow up to the Gintama anime series, Gintama: THE FINAL, has finally sold over 1 million tickets for the anime film after announcing an “almost” one million ticket sales celebratory event. With this many tickets sold, the story of the gang from Yorozuya has brought in over 1.4 billion yen at the Japanese box office, making the film a surefire hit in a time when theaters are under restrictions.

Furthermore, it was revealed that people who go see the film from February 26 will receive a mini-poster with the top visual on it, which presents Gin and his buddies having a little too much to drink. A special YouTube presentation will also be held on the Gintama YouTube channel in mid-February that is set to “break the rules of Gintama,” such as revealing Gin’s true age.

Gintama: THE FINAL opened in Japanese cinemas on January 8.