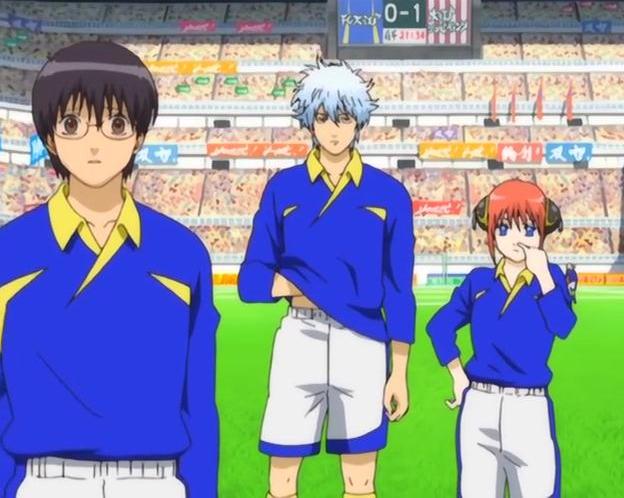 For the upcoming release of Adidas‘ “adidas CASUAL Collection 2020 Fall / Winter” release, the sportswear brand threw the sports ball at Team Yorozuya, collaborating with them by having Gintoki, Shinpachi, and Kagura dressed up in new gear in brand new, more sporty, visuals of the trio. 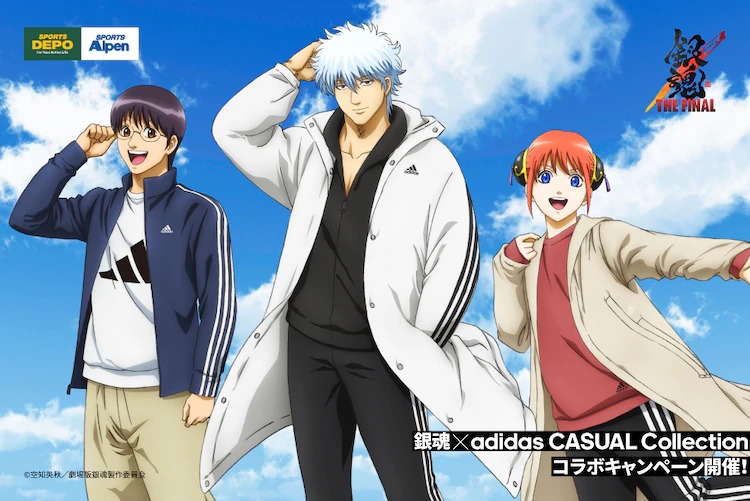 The collaboration between Adidas and Gintama (which has a new anime film coming out soon!) came about as the brand was continually parodied on Gintama, with Shinpachi (subtly) wearing an Adidas-based outfit at some points in the series. 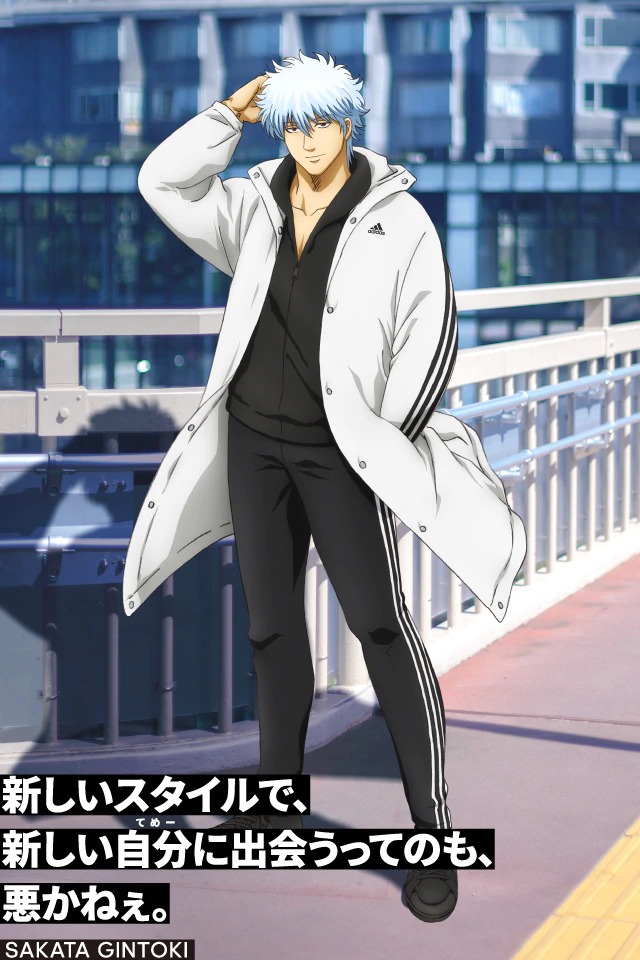 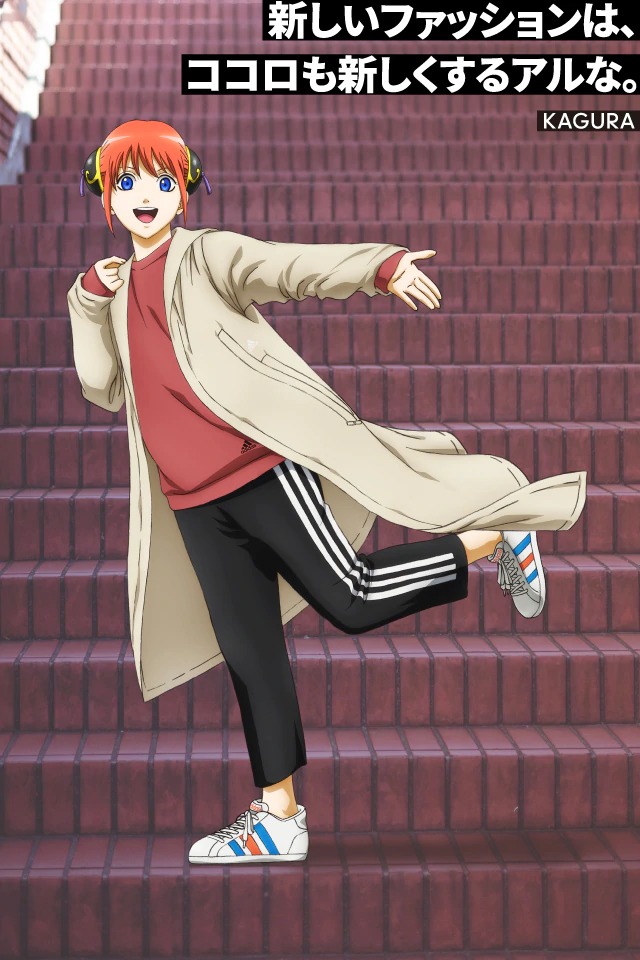 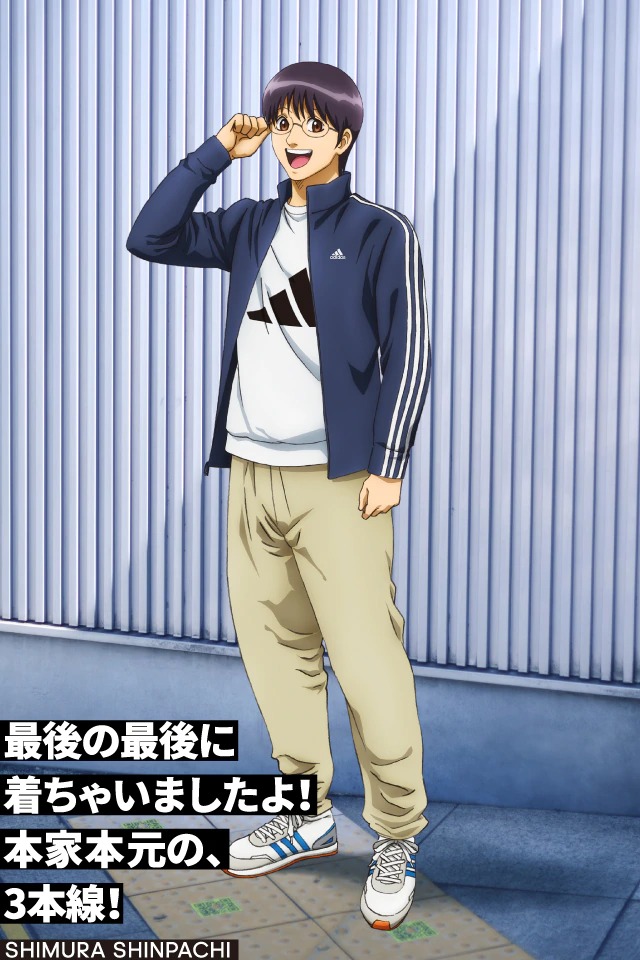 The collaboration will have the voices of the Yorozuya trio over the loudspeakers at Alpen Group stores throughout Japan, with other participating sportswear outlets also having the antics of the three heard and the above visuals given away on postcards given away when people buy more than 6,000 yen worth of Adidas gear. The online Alpen Group store will also give away a set of three cards.

The “final” Gintama anime film, Gintama THE FINAL, will be released into Japanese theaters on January 8, 2021.